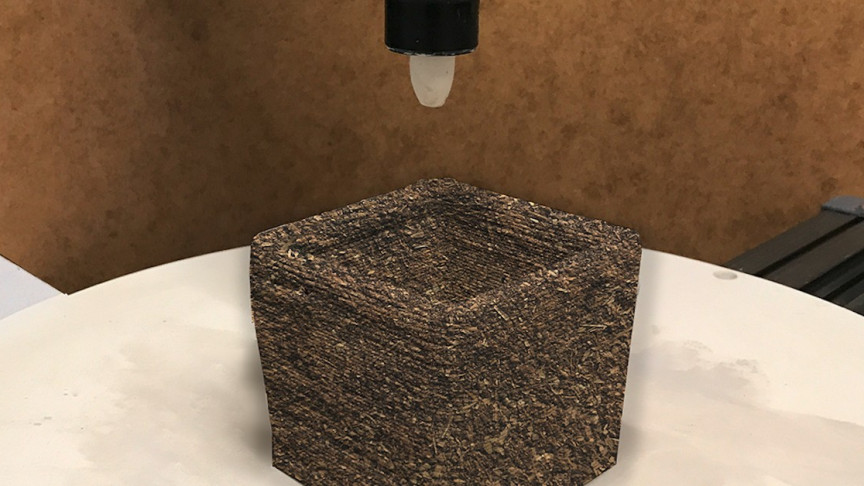 Great news! Fungus can now be used as a soundproofing material. But read on before plastering mushrooms to your walls to block out those noisy neighbors.

Useful in many eco-friendly ways, fungus can be used as an alternative to fabric and plastic, as well as a medicine to boost sex drive and minimize jetlag, or to kill malaria-carrying mosquitoes.

Current soundproofing insulation is made out of synthetic or mineral-based materials, not very environmentally friendly as these are hard to recycle.

So the team at Fraunhofer UMSICHT looked to mycelium — “a vegetative part of fungus made up of a mass of thread-like structures, hyphae.”

The team grew hyphae in its lab before adding them to a substrate made up of straw, wood, and waste from food production. Then, it was printed into the desired shape thanks to a 3D printer. The hyphae grew into the desired structure’s form and hardened.

The structure was then dried in a kiln so as to kill the fungus, to stop it from spreading to unwanted lenghts.

What’s great about this creation is that its open cells and 3D-printed porous structure make it ideal for absorbing sound.

On top of this, the material has a wide range of advantages: it’s “effective, sustainable, and helps conserve resources,” the authors noted.

Not only is this material useful acoustically, but also “The end products could probably be used as insulating material,” as the team noted. However, they also mention that more research first has to be carried out.

And even more expansively, this type of base fungal material could prove useful to produce clothing, furniture, and housings for electrical appliances in the future; research for which is already underway.