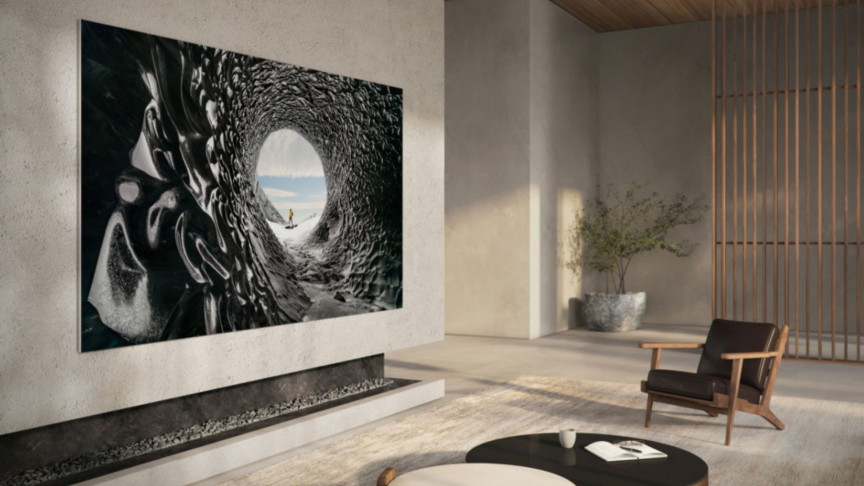 Electronics maker Samsung is looking to tap into the rising popularity of non-fungible tokens (NFTs) as it showcases its new range of SmartTVs compatible with blockchain technology that will be available this year and will be unveiled in CES 2022, it said in a press release.

While important pieces of digital history first held prominence in the NFT space, the technology has also been adapted as a platform by entrepreneurial and experimental artists as well as those who do not have access to conventional art outlets. Last month, we covered how a 12-year-old girl was not only creating NFT-art that serves as a platform for expressing her views, it was also hugely popular and fetched her 1.6 million dollars.

As more enthusiasts join the NFT collectors space, whether as connoisseurs or just as traders, Samsung wants to tap into this growing market by adding this facet to its TVs as well. The device maker is introducing an NFT aggregation platform on some of its new SmartTVs that will allow users to preview NFTs that are available for purchase, purchase them, and then serve as a medium for their display, Gizmodo reported.

The SmartTV will also tap into the user’s NFT browsing history to learn about “from who created it, to what comprises its blockchain metadata,” the Gizmodo report said. In a press release, Samsung said that it offers a solution to the NFT viewing and purchasing landscape that is currently fragmented. It will also add as a display for the purchased art, where Samsung has also added a feature to ensure that the art is conserved in its intended form.

Gizmodo reported that SmartTVs compatible with this platform will use the creator artist’s preset values while displaying the NFT and even adjust its display settings intuitively. The new TVs have been unveiled ahead of the Consumer Electronics Show 2022 to be held later this week and more details on the features are expected as these TVs are shipped out over the next few weeks.

While this is the first NFT aggregator platform we have heard on a TV, isn’t it also high time that the TV is shipped with features that allow more people to make their NFTs. Who is going to break this entry barrier?