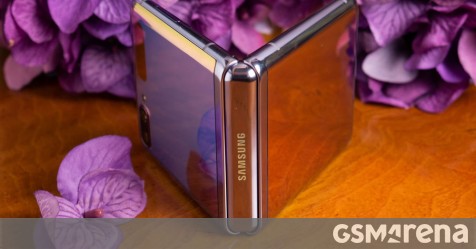 On early Wednesday, Samsung released a piece that looks deeper into the Galaxy Z Flips Hideaway Hinge. This is the second of two parts (so far) where Samsung explains how bristles are used in the hinge to keep foreign debris out of the hinge assembly. Between the hinges bumper and the two halves of the phone is a very narrow gap of about 1mm.

The Samsung Galaxy Fold saw drastic failure to the display whenever dust or debris managed to lodge itself into the hinge, which is why Samsung put those plastic stoppers at the two ends along the folding part for the redesigned Fold. This alone, however, was not enough to keep dust out.

In designing the Galaxy Z flip, engineers came up with several prototypes to no avail. However, one engineer studied the way fibers were used in vacuum cleaners and observed the way they flexed and decided it could be applied in an effective way for the Galaxy Z Flip. We know that Samsung did use these new bristles in the Z Flips hinge and now Samsung offers a detailed diagram of how that is.

Samsung didnt specifically mention what material these bristles are, but they did compare them to the nylon ones found in a vacuum cleaner since they can bend and flex while still keeping their original shape. These bristles fill the gap that would otherwise allow dust and debris to enter the hinge assembly and it sweeps every time you close and re-open the Z Flips display.

The Samsung Galaxy Z Flip is said to be able to endure 200,000 flip cycles, which give enough chance for debris to get inside. With the sweeping bristles, theres less change of that happening but for the love of Pete, dont take this thing to the beach.