Samsung may be looking to acquire a stake in ARM 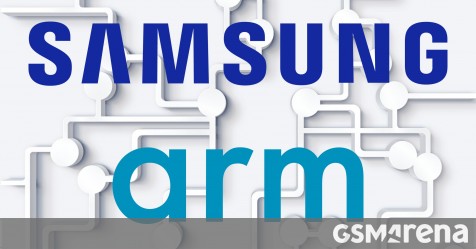 Samsung is considering acquiring a small stake in ARM, between 3% and 5%, reports an industry official. The plan is for the remaining shares to be bought by a consortium of fabless semi-conductor companies, adds the insider.

Samsung’s goal is to reduce the royalty payments for producing chipsets based on the ARM platform – the Cortex CPU and Mali GPU designs. The Korean giant uses these in its Exynos chipsets.

Even if a company skips Cortex in favor of its own CPU design (e.g. the M-series cores), it still needs to pay a royalty for the use of the ARM instruction set. That’s not a concern for Samsung anymore as it shut down its custom CPU division.

However, Apple is moving Macs to its in-house ARM-based chipsets, so it will need a license for the foreseeable future. That’s why Apple was one of the companies rumored to be interested in acquiring ARM.

Some reports claimed that Nvidia was in “advanced talks” to acquire the firm fully, but there are questions as to whether that’s possible. First, can the GPU maker foot the $41 billion bill? That’s SoftBank’s valuation for ARM, according to the insider.

Second and most important, such a deal might not even be approved. ARM-licensed CPUs are found anywhere from smartphones to washing machines and putting a single company in charge raises concerns of antitrust violations. SoftBank doesn’t make chipsets, but Apple, Nvidia and Samsung all compete in the field to some extent, so they may be blocked if they try to buy 100% of ARM.

That’s likely part of the reason Samsung won’t try to takeover the company but share it with a consortium – this will assure regulators that there won’t be any anti-competitive behavior.

Such a strategy has worked well for Samsung since it acquired a 3% stake in ASML back in 2012 (for $642 million). The Dutch company is currently the only one in the world that produces vital lithography equipment for Extreme UltraViolet (EUV) chips.

Since then, Samsung has enjoyed a good relationship with the company even though it sold off half of its stake in 2016 and currently holds 1.5%. Samsung accounted for 29% of ASML’s sales in Q1 of 2020 as it has been expanding its EUV fab capacity.