Samsung Galaxy Z Fold2 teased: larger displays inside and out 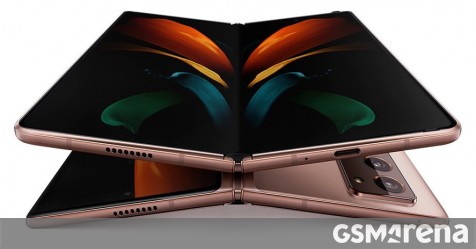 Samsung didn’t fully unveil the Galaxy Z Fold2 but it did lift the cover a little bit so we can have a peek. Really, it focused on the two displays and even then it held back some details. 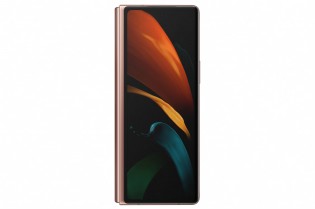 The internal screen has grown to 7.6”, up from 7.3” on the original. Also, the display now incorporates Ultra Thing Glass (UTG) for improved image quality.

The external screen is much larger too – at 6.2” it covers the entire “front” when the Fold2 is folded. The aspect ratio is taller than most phones out there, but you can successfully use the Fold2 closed. Also, the “front”-facing camera and the internal cameras have both moved to punch holes. 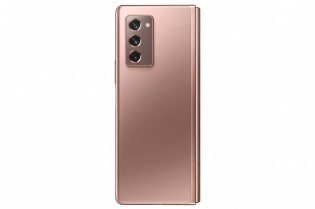 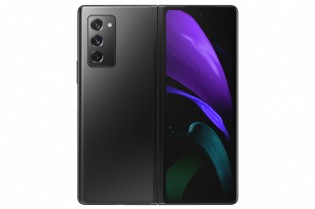 XDA has additional info on the device, info that Samsung didn’t confirm in the livestream or in the press release. Still, here it goes.

The inner screen will have a Dynamic AMOLED 2X panel with 120 Hz refresh rate. The refresh rate is actually adaptable, it can be anything between 1 Hz and 120 Hz. There’s no S Pen support, despite some persistent rumors. The panel has 1,768 x 2,208 px resolution (5:4 aspect ratio). There’s no notch this time, instead the inside camera is in a punch hole. The bezels are thinner than on the original Fold to boot.

The outer display is a Super AMOLED with 60 Hz refresh rate. It’s quite tall, the 816 x 2,260 px resolution works out to 25:9 aspect ratio. Both inner and outer displays support HDR10+. The fingerprint reader is mounted on the side so that it’s accessible regardless of whether the phone is closed or open.

It shouldn’t surprise you that the Z Fold2 is powered by a Snapdragon 865+ chipset. It comes with 12 GB of LPDDR5 RAM plus 256 GB storage. The phone features 5G connectivity, both sub-6 GHz and mmWave.

The triple camera on the back has the same makeup as before – three 12 MP sensors with different lenses. The main cam features OIS and an f/1.8 aperture and the sensor from the S20 – the one with 1.8μm pixels. The other two lenses are telephoto and ultra wide. Both front facing cameras have 10 MP sensors and f/2.2 fixed-focus lenses.

Samsung will let you customize the hinge cover when ordering the phone from Samsung.com (this will be available only in select regions). Normally, the cover matches the color of the phone, but you can pick Ruby Red, Rich Gold, Platinum Silver or Sapphire Blue.

There’s no mention of price just yet – even details like chipset, cameras, battery and so on are left for a later announcement tentatively scheduled for September.