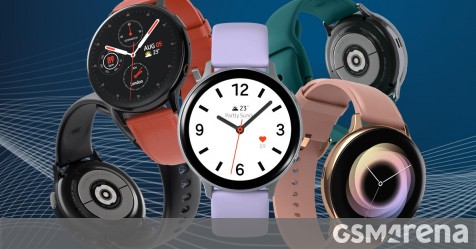 The Samsung Galaxy Watch Active2 is now receiving a major update that greatly enhances its exercise tracking and messaging abilities. The rollout of the new software begins with the Bluetooth versions of the watch and will expand to the LTE models soon. This is similar to the Watch3 update that arrived in early August.

Also, the watch can now measure VO2 max, which will help you track how your endurance has improved over time.

The Galaxy Watch Active2 will make you reach less often for your phone with this update. It gets Smart Reply which suggests responses to incoming messages. It will also show the full conversation thread, not just the last message.

If you receive a photo, you can view it on the watch itself. And if an emoji says more than words can, you can send back an AR Emoji or a Bitmoji sticker.

This update also allows you to access music playlists stored on your phone. Additionally, the screenshot feature now supports scroll capture. The new Fall detection feature will send out an SOS message (including your location) to up to four predefined contacts.

Check your Galaxy Wearable app for the update.