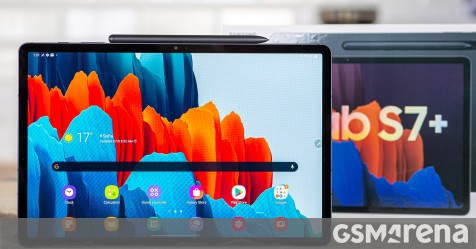 Samsung unveiled a bunch of new products earlier this month, which include the Galaxy Note20 series, Galaxy Z Fold2, Galaxy Watch 3, Galaxy Buds Live, and the Galaxy Tab S7 and Tab S7+ tablets. Except for the Galaxy Z Fold2 and the Tab S7 lineup, all other products are already available for purchase in India, but if the latest report is to be believed, the Tab S7 pair will start shipping in the country from September 7, meaning pre-orders should kick off any moment now.

The regular Tab S7 packs an 8,000 mAh battery, whereas the Tab S7+ ships with a 10,090 mAh cell – both charging at up to 45W. The vanilla Tab S7 features a side-mounted fingerprint reader, but the Plus model gets an in-display solution.

Both the Tab S7 and Tab S7+ come with the S Pen stylus, having a latency of 26ms and 9ms, respectively.

You can head this way to check out the detailed specs of both tablets, and head over here to read our in-depth written review of the Galaxy Tab S7+. We also have a video review of the Plus model, which is linked below.