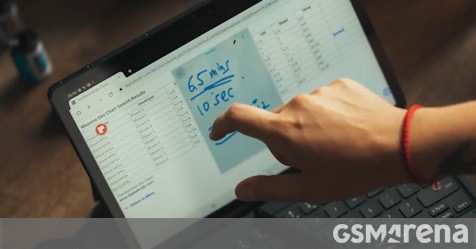 Samsung is one of the few remaining companies that makes Android tablets, but Android competition is not what the company is trying to best – instead, Apple’s iPad Pro and Microsoft’s Surface are the real adversaries.

Today the company is unveiling two Tab S7 models, the unifying theme between them is a display with 120Hz refresh rate and S Pen support, great audio and video capabilities, high performance Snapdragon 865+ chipset and Android UI customized for productivity.

The Samsung Galaxy Tab S7+ is the larger of the two with a 12.4” AMOLED display. It’s has sharp 2,800 x 1,752 px resolution and 420 nit brightness. The fingerprint reader is built into the display.

The slate comes bundled with the upgraded S Pen from the new Note20 Ultra, which reduces latency to just 9 ms. The deep integration with Microsoft Office is present, but compared to the Notes it is enhanced with the optional keyboard add-on and always available DeX mode, which offer a laptop-like experience.

This tablet is quite thin, it measures a mere 5.7mm. However, its 10,090 mAh battery should be enough for 16 hours of uninterrupted video watching. Also, while the tablet supports 45W charging, you will need to purchase the right Power Delivery charger separately.

The Tab S7+ is powered by a Snapdragon 865+ chipset, which is quite a bit faster than the S855+ chip of the Tab S6 5G from earlier this year.

There will be thee connectivity options – Wi-Fi only, LTE and 5G. Auto Hotspot will automatically tether your other Galaxy devices to share the tablet’s connectivity.

The chipset is paired with 6GB of RAM. It comes with 128GB of built-in storage, which you can expand using the microSD slot. An 8/256 GB configuration is also available.

The back of the tablet houses two cameras – 13MP main + 5MP ultrawide – plus a magnetic strip to hold the S Pen. For video calls, there’s an 8 MP camera on the front.

The Samsung Galaxy Tab S7+ as well as the S7 will start shipping in select markets on August 21. Here are the European prices for the S7+:

The Galaxy Tab S7 is an alternative to the plus model rather than just a lower cost option. It’s smaller with an 11” display and if you prefer LCD over AMOLED, you’ll be glad to hear that Samsung went with an LTPS TFT panel.

One advantage is that it’s brighter – 500 nits – while still supporting 120Hz refresh rate and the new S Pen with 9 ms latency (something the vanilla Note20 and its 60Hz display miss out on).

Beside being smaller in the width and height dimensions, the Tab S7 is also lighter by almost 100g, all of which makes this tablet much easier to carry.

The battery capacity goes down to 7,040 mAh, but it still manages to power the hardware for a long time (15 hours of video, just 1 hour less than the plus).

DeX mode can be used on the tablet itself and you can enhance it with the Book Cover Keyboard, which has a touch pad. Also, the USB-C 3.2 Gen 1 port supports DisplayPort so you can connect and external monitor with a single cable (i.e. no need for a separate power cable). 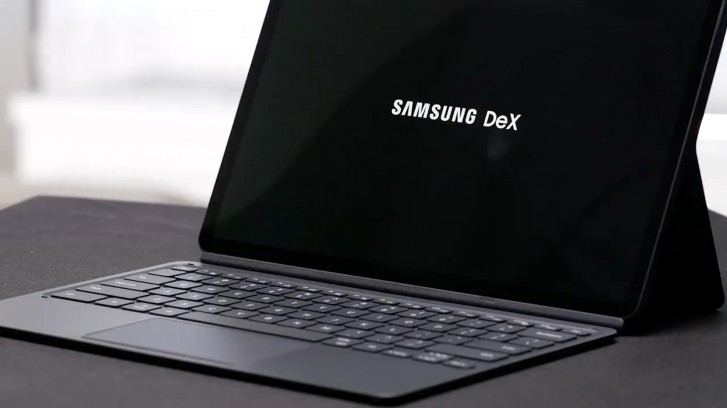 Both the Tab S7 and S7+ feature four AKG speakers (two on the left, two on the right). These support Dolby Atmos if you’re in the mood to watch a movie. By the way, the fingerprint reader is also mounted on the side because of the LCD.

The Galaxy Tab S7 will start shipping on August 21, here are the European prices: