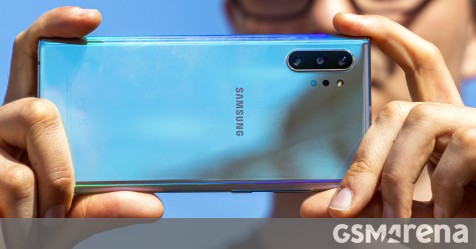 Samsung has reportedly fixed the focusing problems that ailed the Galaxy S20 Ultra’s 108MP main camera. Many users and reviewers found the 108MP camera’s focus to be slower than the 12MP main camera on the Galaxy S20/S20+ (especially in lower light) and to occasionally miss altogether. The issues and reduced performance of the AF could be due to the 108MP sensor’s lack of dual-pixel phase detect autofocus. Whether Samsung has added dual-pixel PDAF or has fixed the issue another way, typically reliable leakster IceUniverse reports the 108MP camera will focus just fine on the Galaxy Note20 series.

The Samsung Galaxy Note20 series will also gain access to the Snapdragon 865+ chipset, along with the Galaxy Tab S7, the Galaxy Fold 2 and the Z Flip 5G – all due later this year.

Last year’s Galaxy Note10 series used a Snapdragon 855, instead of the 855+. Samsung is also reportedly working on a Galaxy Note20 powered by its custom Exynos 992 chip for some markets.

Note20 series has completely solved the camera focusing problem, but WQHD+120Hz is still not optimistic.

Samsung will hold an Unpacked event for the Galaxy Note20 series on August 5.