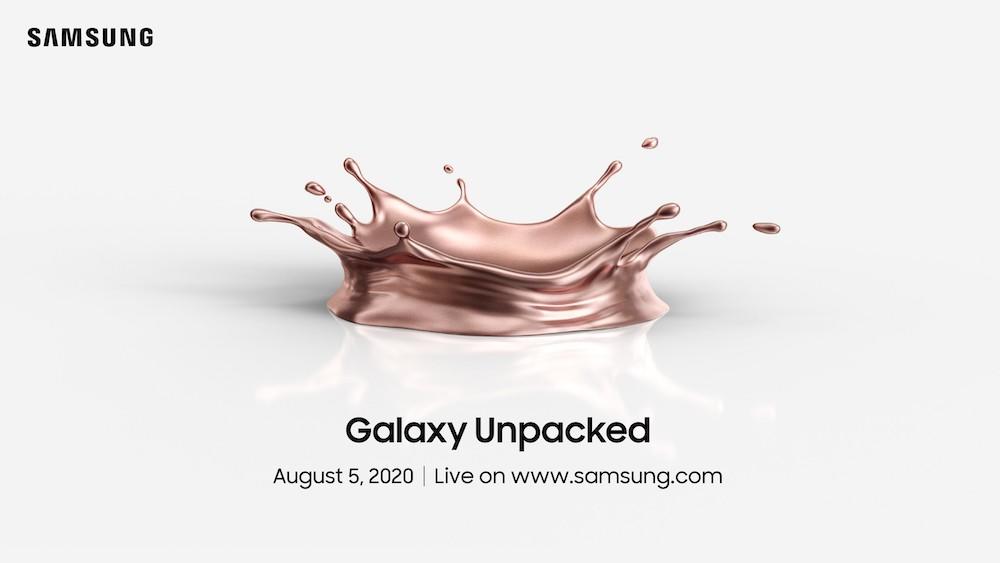 We’re just weeks away from Samsung’s Unpacked event on Aug. 5, where we expect to see the Samsung Galaxy Note 20 and Galaxy Note 20 Ultra make its debut. This is an especially exciting year since it looks like Samsung will pull out all the stops for its beloved flagship. And while the design doesn’t veer too far from last year’s Note 10 series, just about everything else will. Here’s everything we know upcoming Samsung’s upcoming Note 20 series.

Thanks to several solid leaks, we have a pretty good idea what the Galaxy Note 20 smartphones will look like. In fact, renders of the Note 20 Ultra were accidentally published on Samsung’s Ukrainian website in early July.

The Galaxy Note 20 and Note 20 Ultra are likely to have a slightly boxier design this year. This will reportedly be more noticeable on the Note 20 since it reportedly will have a flat display panel, while the Note 20 Ultra will sport Samsung’s curved Infinity Display. Both phones have minimized bezels and a smaller Infinity-O hole punch for the camera.

With the exception of a chunkier camera stack, the back of both Note 20 models are largely unchanged from last year. The camera stack appears to sit out a little further this year—likely a concession for the reported periscope lens on the Note 20—but otherwise the back of the phone is completely unadorned.

The most noticeable changes will be on the side and bottom of the phones. Samsung has reportedly moved the S-Pen slot and speaker to the left side of the phone. While lefties are sure to love this change, it’s going to take a little getting used to for people who’ve become accustomed to previous location.

Button placement is likely to change as well. Renders from Samsung’s Ukrainian website as well as a Twitter video from Jimmy is Promo show the power and volume rocker buttons have moved to the right side of the phone. It’s a small, but welcome, change for anyone who’s accidentally tapped the Bixby button while holding the phone.

In terms of colors, Samsung’s Ukrainian web mishap showed the Galaxy Note 20 in a copper color; it looks like black will be an option as well. Additionally, UK tech site Mobile Fun got its hand on an early case and accessories list that points to gray, white, and mint as additional options. It’s likely at least some colors will be region-specific variants and others may only be available on the more expensive Galaxy Note 20 Ultra.

The display is, by far, one of the most talked about changes for the upcoming Galaxy Note 20 and Note 20 Ultra. To be honest, there are tons of rumors about the displays, but many come from dubious sources. We’re going to err on the side of caution for this category and limit our coverage to the most reliable sources we could find.

In a YouTube interview with tech influencer Gregg O’Connell, display supply chain expert Ross Young states the smaller note will have a 6.42-inch LTPS display while other sources peg it at 6.7 inches. We’re inclined to go with Young’s prediction since it’s a more modest bump up from last year’s 6.3-inch display on the Note 10. According to Young, the Note 20 will have a 60Hz refresh rate and a display resolution of 2,345 by 1,084. Pixel density will clock in at 404ppi.

The LTPS display is a pretty big departure from the AMOLED display found on last year’s Note 10. That said, LTPS panels require less energy, though we don’t believe Samsung would sacrifice display quality for that alone. Based the hundreds of display patents we’ve reviewed this year as well as a handful of recently awarded display trademarks, we believe Samsung will use the Note 20 to debut an updated LTPS display technology that reportedly rivals existing AMOLED displays.

Sure, this sounds similar to the Galaxy S20 series, but we believe there will be one significant difference: The Note 20 Ultra’s display will support a variable 120Hz refresh rate at WQHD resolution. Additionally, the Note 20 will automatically switch to its 120Hz refresh rate when an app supports it.

Ice Universe, a highly regarded Samsung leaker, tweeted the Note 20 will “use a more fine-tuned 120Hz refresh rate technology,” before Samsung even announced the Galaxy S20 in February. Based on a series of trademarks awarded earlier this year, we believe Samsung will call the improved 120Hz refresh rate technology “Samsung Seamless Motion Speed.”

Again, the LTPO panel will be a significant departure from last year’s AMOLED display, but it should significantly increase battery life. It’s also highly unlikely Samsung would dare alienate its loyal Galaxy Note fanbase by releasing a new display technology that couldn’t at least rival the AMOLED display on the current Note 10 series. Samsung makes the best displays in the business, and its exponential increase in patent applications and awards over the past several years suggest it’s working on a successor to AMOLED displays.

Both Note 20 phones will have completely updated hardware. In the US, we already have a pretty good idea what to expect, thanks to FCC filings—a Qualcomm Snapdragon 865 chipset in the US, Canada, and China, and the Exynos 992 chipset in the rest of the world.

There were rumors earlier this year about a Qualcomm Snapdragon 865+processor, but we’re skeptical for two reasons.  First, kernel code discovered by XDA Developers shows at least one Note 20 model shipping with the Snapdragon 865 chipset. Additionally, PCMag’s Lead Analyst for Mobile, Sascha Segan, believes the timing doesn’t work and we shouldn’t expect to see a smartphone with the souped-up processor until later in the year.

The Galaxy Note 20 base model will reportedly ship with 128GB of eUFS 3.1 storage and 8GB of DDR5 RAM. While this would definitely be a step down from the 256GB of storage on the least expensive Galaxy Note 10, we’re inclined to believe it. That said, we’re optimistic a 256GB/12GB variant will be available as well.

The Galaxy Note 20 Ultra is likely to come in the same 256GB and 512GB storage variants as last year’s Galaxy Note 10.  And while the storage capacity is unlikely to change, expect much faster access speeds since Samsung announced it had begun mass production of a 512GB eUFS 3.1 smartphone storage earlier in the year.

Samsung is fully embracing 5G in 2020 and all of its flagships, and even a few midrange phones, come with 5G. We expect the Note 20 and Note 20 Ultra to be no exceptions.

Although we’ll have to wait until Samsung’s Unpacked event next month for confirmation, it’s a near certainty both the Galaxy Note 20 and Note 20 Ultra will support 5G. A device that appears to be the Samsung Galaxy Note 20 Ultra with 5G has already been certified by the CCC and FCC. The filings show one variant will ship with a Qualcomm X55M modem.

There’s no doubt the Qualcomm X55 is a solid 5G modem, but next year’s Galaxy S smartphones will likely have the much improved Qualcomm X60 modem. While there are a number of benefits to the X60, the one worth mentioning is improved connectivity. The Note 20’s X55 modem can’t combine T-Mobile’s low-band and mid-band 5G networks, nor will it be able to combine Verizon’s upcoming nationwide 5G that uses existing 4G spectrum with its current mmWave offerings. If you’re the type who swaps out phones every year or so it won’t be an issue, but if you tend to keep phones for several years you may want to hold out.

In addition to 5G support, the FCC filing offers a few additional details that won’t come as much of a surprise to Galaxy Note enthusiasts. The certification documents show the phone will support wireless charging as well as Samsung Wireless PowerShare, Bluetooth LE, Wi-Fi 6, and NFC. A 25W charger is also in the box, something that may be noticeably absent from the upcoming iPhone 12.

Samsung’s Galaxy series has long packed some of the best smartphone cameras on the market, and it looks like the upcoming Galaxy Note 20 will not break tradition. There are very few specifics about the camera modules on either phone at this point, but we’ll update this story as we learn more.

According to a report in the Korea Joongang Daily (Korean), the Samsung Galaxy Note 20 will feature a 64MP primary lens, and a 12MP wide and ultra-wide lenses. Laser autofocus and the rumored periscope lens will not make an appearance. The front-facing camera will likely be the same 40MP sensor found on the Galaxy Note 20 Ultra.

Ready to know when you can get your hands on the upcoming Galaxy Note 20 and Note 20 Ultra? Well, it looks like you won’t have to wait long.

While the Note 20 and Note 20 Ultra are almost sure bets at the upcoming Unpacked event, there’s likely to be a few more surprises. Several sources (German) claim the Korean tech giant will also announce the successor to its original folding phone, called the Samsung Galaxy Z Fold. A 5G version of the Galaxy Z Flip is also likely, as is the long-awaited Samsung Galaxy Watch 3.

At this point we don’t have reliable information on pricing. All the information we’ve seen thus far originates from a tweet from noted Samsung Leaker Ice Universe, where he asks readers to predict pricing. Until we have something a little more concrete, we’re not going to guess since there so many changes in store this year.

We’ll continue to update this post ahead of the Unpacked event on Aug. 5. Be sure to stop by often to see the latest news on Galaxy Note 20 and Galaxy Note 20 Ultra.