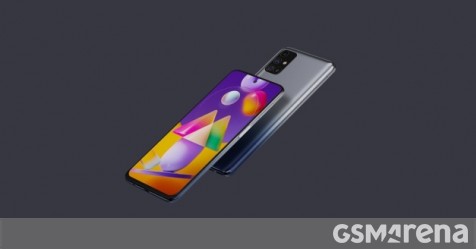 The hugely popular Galaxy M-series just got its newest member – say hello to the M31s. It brings a 6.5-inch Infinity-O sAMOLED panel – a first for the M-series as well as a 25W charging support (with the required charger in the box) to top up the massive 6,000 mAh battery. The phone also carries a Gradient design with black and blue shades and features a side-mounted fingerprint scanner.

Around the back, we find the 64-megapixel primary Sony IMX682 shooter alongside a 12MP ultrawide snapper and two 5MP modules – one for macro shots and another for depth data. Samsung has also brought over its Single Take mode which captures up to 10 photos and videos with one press of the shutter button. The selfie camera comes in at 32MP just like on the Galaxy M31. 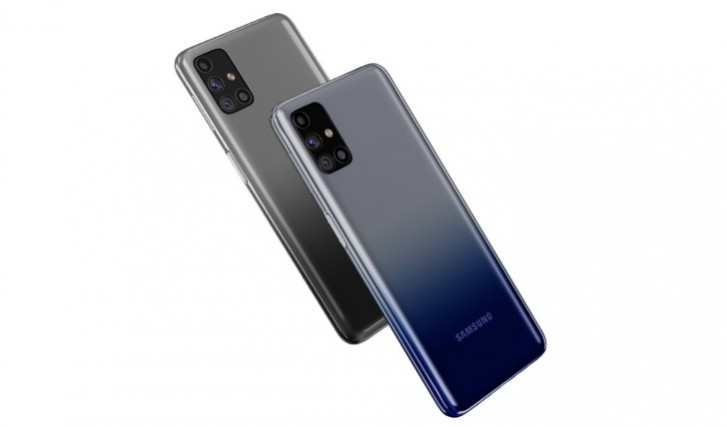 The M31s also runs on the Exynos 9611 chipset and comes with 6GB or 8GB RAM and 128GB of expandable storage. The 6,000 mAh battery inside can also be used to power other gadgets thanks to the reverse charging support which effectively turns the M31s into a power bank. On the software side, we have OneUI core 2.1 on top of Android 10. 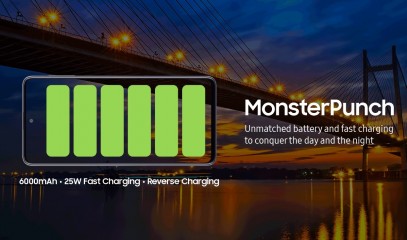 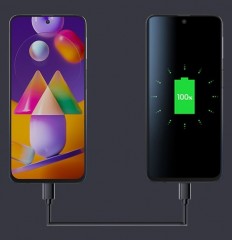