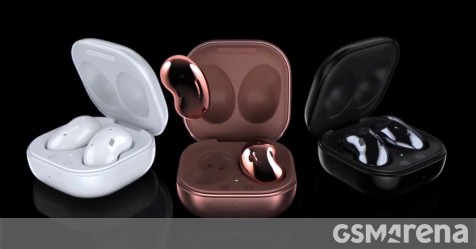 Samsung’s huge August 5 Unpacked event may be packing a pair of new true wireless earbuds as well, the oft-leaked bean-shaped Galaxy Buds Live. By all accounts, these won’t be a replacement for the Galaxy Buds+, but will probably be sold alongside those.

And that’s because the Buds Live may be Samsung’s first truly wireless pair to feature active noise cancellation, also known as ANC. That would make them perfect competitors for Apple’s highly successful AirPods Pro, which also have ANC.

The official-looking promo video leaked on Twitter, which you can see above, seems to confirm the presence of ANC on the Buds Live, even if it doesn’t directly mention it. We also get another glance at the buds’ design, as well as the three colors that will be on offer.

Samsung is once again choosing not to copy the AirPods’ design (like a lot of its Chinese competitors are doing) and go its own way. The Galaxy Buds and Buds+ look nothing like AirPods, and the Galaxy Buds Live look nothing like the AirPods Pro. The Buds and Buds+ are extremely comfortable, though, so hopefully the same will hold true for the Buds Live, despite their weird appearance.