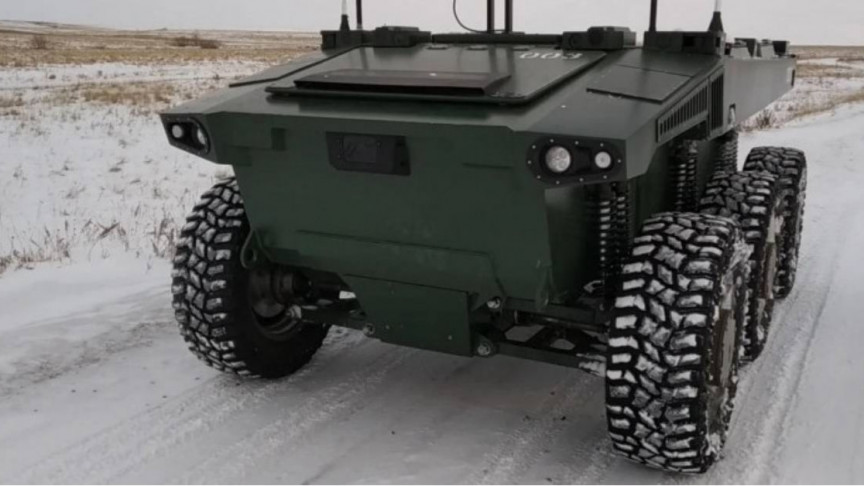 There’s a new modular unmanned ground vehicle in Russia and it seems to be able to tackle the country’s tough weather conditions. The Russian Foundation for Advanced Research Fund’ National Center for the Development of Technologies and Basic Elements of Robotics has released a photo of the new vehicle called Marker and it’s impressive, according to Defense blog.

RELATED: 7 ANTI-DRONE WEAPONS USED BY THE MILITARY AND LAW ENFORCEMENT AROUND THE WORLD

A further press release published by the National Center on Wednesday revealed that the prototype managed to trek up a 30-kilometer (18.6 miles) path during a test in the Chelyabinsk region.

“The route of the vehicle was laid through an unprepared territory – a forest-steppe with a snow cover,” said the statement.

“The autonomous platform motion control system, having received a route assignment with the coordinates of a given point, ensured the platform’s arrival at the finish line in an hour and a half, relying on the data of the technical vision system built on new neural network algorithms. The autonomous control system of the platform movement provides autonomous laying and adjustment of the route of movement in the event of obstacles – trees, rises, ravines, bushes, etc,” the statement continued.

The future of warfare

The Marker is set to become a modular kit for creating unmanned vehicles for future warfare. The vehicle has seen the Advanced Research Fund’s National Center for the Development of Technologies and Basic Robotics Elements and the Android Technology research and production association come together to build this nifty highly efficient unmanned vehicle.

The vehicle will now serve to test the inter-operability of ground robots, unmanned aerial vehicles, and Special Operations Forces. For now, the vehicle looks a lot like a regular tank but that could do soon change as more features are added.

More information is still needed for its future evolution. However, there’s no doubt that this latest development will likely change warfare.