Russia Released Visual ‘Road Map’ of Lunar Base With China 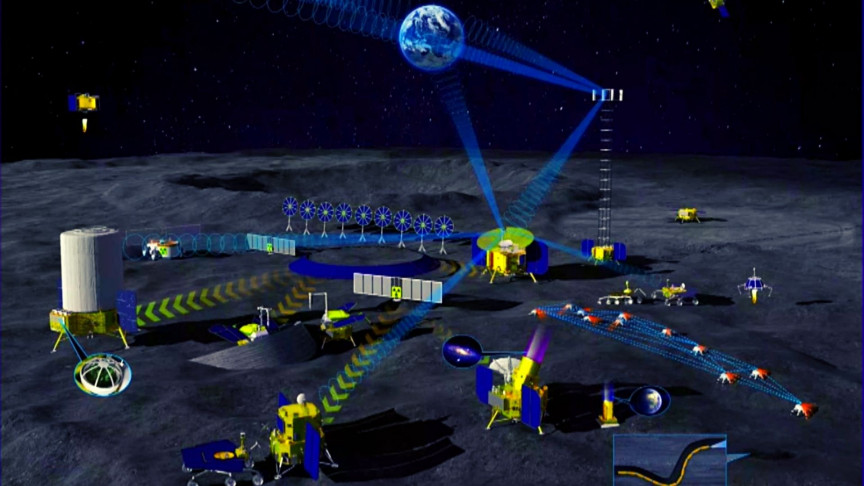 When NASA returns to the moon, it won’t be alone for long.

Russia and China jointly revealed a new roadmap for their collaborative moon ambitions on Wednesday, called the International Lunar Research Station (ILRS), which depicts guidance for the ongoing development of the two nations’ plans for the lunar surface.

And, coming on the heels of NASA’s joint plans with the ESA, SpaceX, and other private and public firms and agencies, it seems we’ve officially entered the era of the second space race.

The plans were revealed on June 16 during the Global Space Exploration (GLEX) conference in St. Petersburg, Russia, and affirmed the growing international interest in the ILRS, which aims for a development flow in parallel to the United States’ Artemis program, to explore and build on the moon. The objectives of ILRS include the introduction of science objectives, lunar surface infrastructure, facilities and transportation, phases of development, and logistics for international cooperation on the joint project, according to the deputy head of the China National Space Administration.

The initial phase of ILRS will begin with data gathering, in addition to rolling out verification processes of high-precision soft-landings from 2021 to 2025, using China’s Chang’e-4, -6, and -7 missions, in addition to Russia’s Luna series 25, 26, and 27, plus unnamed future missions or partners. The second phase of the joint project includes two stages. The first will happen between 2026 and 2030, but the second will carry on from 2031 to 2035, and the latter consists of technology verifications, substantial cargo deliveries, sample return missions, and the beginning of joint operations. This will involve Luna 28, Chang’e-8, and leaves room for other contributions from additional nations.

The second phase of the ILRS also aims to build surface- and orbit-based infrastructure for communications, energy needs, lunar resource procurement (from the moon itself), and other advanced technologies. The initial five ILRS missions are slated to focus on communications and energy infrastructure, in addition to exploration and research facilities, resource procurement, and even astronomical capabilities. This last part is especially exciting, because there is much potential for the study of the greater universe from the surface of the moon.

The last phase will happen after 2036, and involve the beginning of human landings on the moon for the Russia-China joint project. In addition to the CNSA’s published roadmap (linked above), Russia’s space agency, called Roscosmos, also posted an impressive presentation video to Twitter (in English, featured below).

Russia and China invite the international community to join them

In the Roscosmos video, we can see orbiters, relay satellites, surface infrastructure for communications and energy, descent and ascent spacecraft, and even robots hopping around smart mini-rovers. This is exciting, but the joint collaboration has yet to decide on a specific location to build on the moon. It might happen on the Marius Hills in the northwest of the lunar near(-Earth) side, or the Amundsen crater closer to the lunar south pole, or it could happen in the Aristarchus crater.

This comes on the heels of China and Russia’s co-signing of a memorandum of understanding regarding the forthcoming ILRS project this March. Later, on April 23, the pair of space-worthy nations issued an open invite in the margins of the Scientific and Technical Subcommittee of the United Nations’ Committee on the Peaceful Uses of Outer Space (COPUOS). While we hope that both the ILRS and the United States’ Artemis program can share the moon and its resources in peace, the human return to the moon is sure to be twice as compelling, with a friendly international rivalry.