Rubbery Chicken? Scientists Say Cook It With Lasers Instead 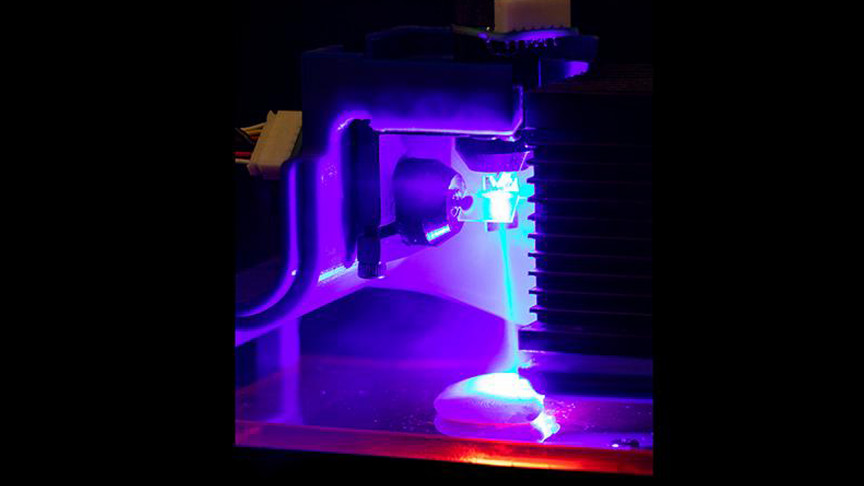 Imagine having a digital personal chef who, at the touch of a button, can prepare anything you want in the desired shape, texture, and flavor. After producing meat in labs, scientists are now trying to make this a reality next, which is excellent news if you’re tired of eating rubbery chicken.

A team of engineers from Columbia University’s School of Engineering and Applied Science’s Creative Machines Lab has shown that different types of lasers can be used to cook a delicious 3D-printed chicken, according to a university press release.

Naturally, the chicken was also put through its paces with the help of human mouths and passed the taste test with flying colors.

First, the researchers used pureed raw chicken to create samples that were 3 mm thick by about one square inch (645 sq mm) in area with a 3D food printer. Then, they cooked the 3D-printed chicken using pulses of blue or near-infrared laser light with different wavelengths, according to the paper published in the journal npj Science of Food.

With cooking times varying from five to fourteen minutes, the laser went through the meat in various trochoidal spiral patterns to thoroughly cook it, and an infrared camera monitored the surface temperature of the chicken at all times, while eight thermistors checked the inner temperature.

The laser-cooked chicken shrank half as much as oven-broiled control samples for the optimal combinations of light type, spiral pattern, and cooking time, plus it maintained twice as much moisture and demonstrated equivalent “flavor development.”

The chicken was then put into a blind taste test with two volunteers. The experiment was a success since both participants actually preferred the taste of laser-cooked chicken. Furthermore, the lasers could cook food through plastics, allowing the researchers to cook food inside the packaging.

The technology is still in its nascent stages, with hardware and software components being fairly low-tech. The researchers state that there isn’t a sustainable ecosystem to support it yet; however, with the right development, the technology could have wider industrial applications in the future.

“Food is something that we all interact with and personalize on a daily basis–it seems only natural to infuse software into our cooking to make meal creation more customizable,” says Jonathan Blutinger, a Ph.D. who led the project. And while there’ll be some time before the technology can be scaled up, it’ll probably take some more for people who love cooking to get comfortable with the idea of a digital personal chef getting all the compliments while using its laser powers to get the food just right.