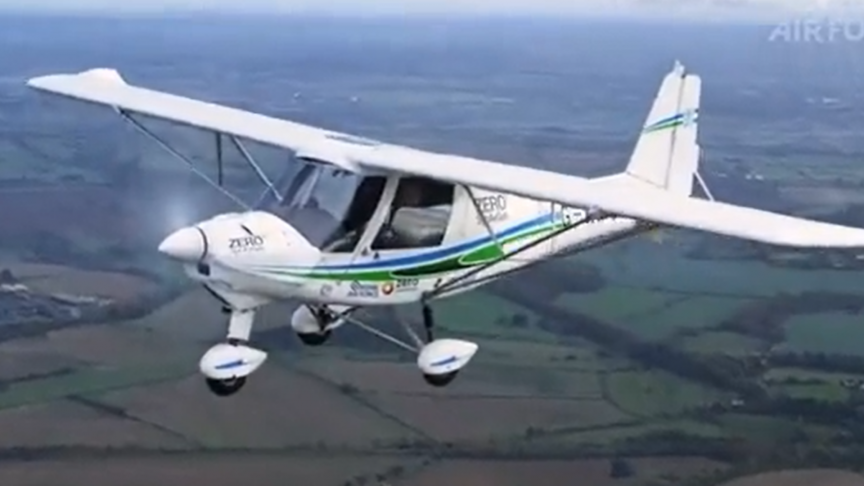 The RAF has completed a pioneering Guinness World Record with the first flight of a fully synthetically fuelled aircraft, opening the way to the potential for zero carbon aviation. #RAFNetZero2040 #OneStepGreener #sustainability #GuinnessWorldRecords #GWRDay @GWR pic.twitter.com/2SpvFV8F02

The initiative is part of a wider effort to reduce carbon emissions known as The RAF’s Project MARTIN, under which the synthetic fuel was developed with aims to reduce up to 90 percent carbon emissions per flight without compromising aircraft performance.

Going all in with synthetic fuel

In our bid to reduce carbon emissions, we are electrifying commuter transport options. However, the military does not enjoy the same privileges as civilians do and cannot expect a charger network to be set up in remote areas of the world, where it operates. Yet, as major consumers of energy, one cannot let the military off the hook either when it comes to carbon emissions. The golden mean, therefore, is synthetic fuel.

Made by capturing carbon dioxide from the air and then converting it to fuel by adding hydrogen molecules from water, synthetic fuels are attractive options since they deliver the same energy density as fossil fuels but do not add to carbon emissions. Importantly, these fuels can be used with conventional engines without requiring any modifications.

Synthetic fuel production also requires energy to be spent. But companies like Zero Petroleum are tapping into renewable energy sources to produce these synthetic fuels. The U.S. Air Force is also interested in this technology and has been pursuing it but only as an additive to fossil fuel in its aircraft.  So, the RAF’s attempt at a full flight with synthetic fuel is a bold move.

Prior to the record flight, the synthetic fuel was tested extensively on engines from CFS Aero. In addition to demonstrating performance similar to what fossil fuels deliver, the engines also ran at a lower temperature, suggesting that using this environmentally friendly fuel could increase the lifespan of the engine, too, according to the press release.

“We are particularly proud of the fact that our high-grade aviation gasoline ZERO® SynAvGas was developed in just five months and ran successfully in the aircraft as a whole-blend without any modification whatsoever to the aircraft or the engine,” Zero Petroleum CEO Paddy Lowe said.

The RAF has plans to set up a Net Zero airbase by 2025 and become a Net Zero force by 2040, much ahead of the U.K. government’s set goal of achieving a net-zero status by 2050. Air Chief Marshal Sir Mike Wigston said, “The way we power our aircraft will be a big part of achieving that goal, and this exciting project to make aviation fuel from air and water shows how it might be done.“