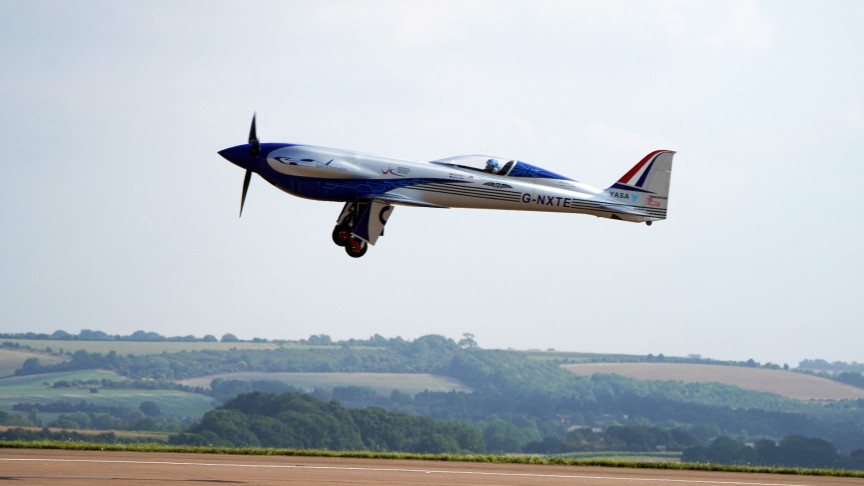 Rolls-Royce claims that its all-electric aircraft, called “Spirit of Innovation”, reached a top speed of 387.4 mph (623km/h), making it the fastest electric vehicle in the world, a press statement reveals.

Rolls-Royce believes it has set three new world records, with the top speed for an electric aircraft, the fastest time to climb to 3000 meters with a time of 202 seconds, and the fastest speed over 9.3 miles (15 kilometers) at 182 mph (292.8km/h).

Rolls-Royce has submitted the data from its record-breaking runs to the Fédération Aéronautique Internationale (FAI), the World Air Sports Federation, which is responsible for certifying global aeronautical records. “We hope that the FAI will certify and officially confirm the achievements of the team in the near future,” the iconic British engineering firm said in its statement.

“Flying the ‘Spirit of Innovation’ at these incredible speeds and believing we have broken the world record for all-electric flight is a momentous occasion,” explained Phill O’Dell, Rolls-Royce’s test pilot for the record-breaking runs. “This is the highlight of my career and is an incredible achievement for the whole team. The opportunity to be at the forefront of another pioneering chapter of Rolls-Royce’s story as we look to deliver the future of aviation is what dreams are made of.”

According to Rolls-Royce, reaching a top speed of 387.4mph (623km/h) makes the Spirit of Innovation the world’s fastest all-electric vehicle. The aircraft was built as part of the company’s ACCEL (Accelerating the Electrification of Flight) project, which is partially funded by the Aerospace Technology Institute (ATI), in partnership with the Department for Business, Energy & Industrial Strategy and Innovate UK. You can watch footage of the Spirit of Innovation in action in the video below.

Can the aviation industry be electrified?

The aviation industry is turning to several methods to reduce its carbon emissions amid an industry-wide commitment to reach net-zero carbon emissions by 2050, spearheaded by the International Air Transport Association (IATA). Electric aviation is severely limited by battery technologies that can’t currently provide the power for long flights — NASA’s experimental all-electric Maxwell X-57 aircraft, for example, can only fly for 40 minutes at a time. Several organizations are also developing sustainable drop-in fuels that can be used in existing airliners while reducing their emissions.

Still, Rolls-Royce’s work on the Spirit of Innovation is a step in the right direction. The aircraft uses a 400kW (500+hp) electric powertrain as well as “the most power-dense propulsion battery pack ever assembled in aerospace,” according to Rolls-Royce. Whether they’re certified by the FIA or not, the Spirit of Innovation’s record-breaking runs will provide invaluable data for the future development of electrified transport.