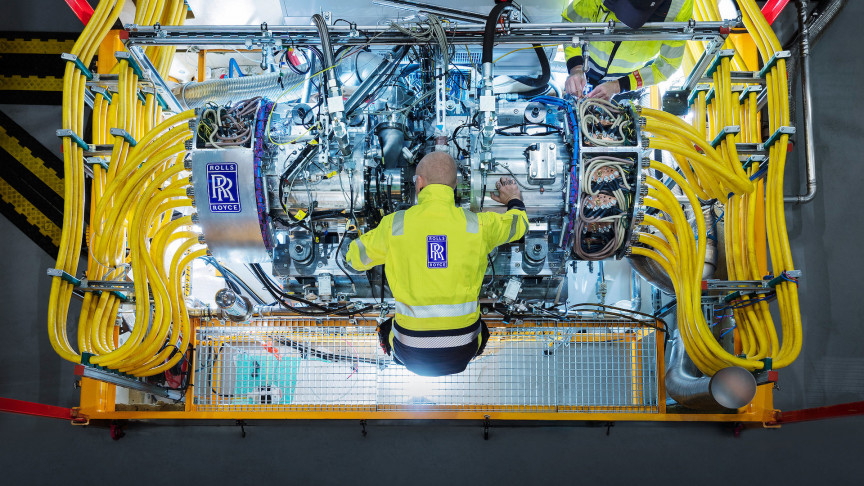 Rolls-Royce’s new 2.5-megawatt hybrid-electric propulsion system delivered more than a megawatt of power only a few weeks after its first tests, a press statement reveals.

The iconic British engineering firm is developing the Power Generation System 1 (PGS1) demonstrator powertrain to test the technology for clean aircraft of the future.

A generator the size of a beer keg

PGS1 is designed primarily for hybrid-electric planes and Rolls-Royce says it could be used in a “more-electric” system for larger aircraft allowing for a more practical transition into electric aviation, which is currently hindered by the limitations of battery technology. NASA’s experimental all-electric X-57 light aircraft, for example, can only fly for 40 minutes at a time.

“We’ve made a tremendous start to testing — reaching a megawatt is a great achievement. Now we want to go further and see what we can ultimately achieve,” said Adam Newman, a chief project engineer at Rolls-Royce.

“Our generator is about the size of a beer keg, yet it has already produced enough electricity to continuously power around 1,000 homes — that is really taking technology to new levels,” Newman continued. “When future hybrid-electric aircraft opportunities emerge in the megawatt and above class we want to be as prepared as we can be to offer a ready-made solution.”

The PGS1 system includes a turbo-shaft AE2100 engine, a thermal management system, and specialist controls, Rolls-Royce explains in its statement. The system was delivered to the newly renovated Testbed 108 facility in Bristol, UK, in July, where it reached the one-megawatt milestone mere weeks after it was first put to the test. Rolls-Royce said it will continue testing in the coming weeks and months with a view to achieving up to 2.5 megawatts.

The company has made several strides towards sustainability in recent months and years. In November, the company announced that its all-electric aircraft, called “Spirit of Innovation”, reached a world-record speed for electric vehicles of 387.4 mph (623km/h), amongst other records. The British engineering giant also teased its new EV concept Spectre in September alongside the announcement that it will only sell electric vehicles by 2030.