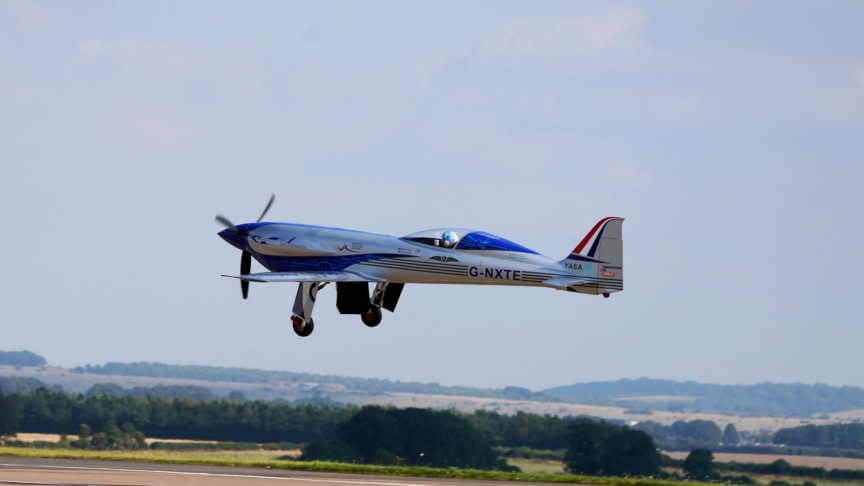 Just over a year after it joined the UN’s Race to Zero, Rolls-Royce has completed the maiden flight of its all-electric aircraft. The flight that took off from Boscombe Down, a Ministry of Defence site in the U.K., flew for 15 minutes, the press release said.

The aviation industry accounts for 2.8 percent of all carbon emissions, with 62 percent of these emissions coming from high-income countries, the International Energy Agency reports. Efforts for improving the efficiency of air travel have slackened over the years and switching to sustainable aviation fuels (SAFs) is the need of the hour.

In line with these recommendations, Rolls-Royce has committed to producing biofuel-compatible engines by 2023 and delivering net-zero products by 2030. To achieve the latter, the company is making the most powerful hybrid generator, while also working on the largest aero-engine that promises up to 25 percent lesser emissions than the Trent engines that currently power most aircraft. Knowing that the future of transport is electric, the company partnered with electric motor and controller manufacturer YASA and aviation startup Electroflight, to set up the Accelerating the Electrification of Flight or better known by its acronym ACCEL program in 2019 to build the world’s fastest all-electric aircraft.

The maiden flight was propelled by a 400kW (500 hp) electric drivetrain but also featured the most energy-dense battery pack ever assembled for an aircraft, the press release said. “We are focused on producing the technology breakthroughs society needs to decarbonize transport across air, land, and sea, and capture the economic opportunity of the transition to net-zero,” Warren East, CEO, Rolls-Royce said. “This is not only about breaking a world record; the advanced battery and propulsion technology developed for this program has exciting applications for the Urban Air Mobility market.”

The company plans to break the world record closer to the COP26, the United Nations Climate Change Conference scheduled to be held in Glasgow in November this year. In the future, the company plans to offer a complete electric propulsion system that can even be integrated into the vertical takeoff and landing (VTOL) systems. According to the press release, electric VTOL (eVTOL) systems, or air taxis as they are commonly called, need similar battery characteristics that powered the maiden flight and will be developed to attempt the world speed record of 300+ mph (480+ kph).

Apart from setting world records, the company is also working with Norwegian airline, Widerøe which connects over 40 destinations with its 43 aircraft fleet, to put in regular service an all-electric commuter aircraft by 2026. Eviation, is another such company that is working on electric planes with a 500-mile (814 km) range.