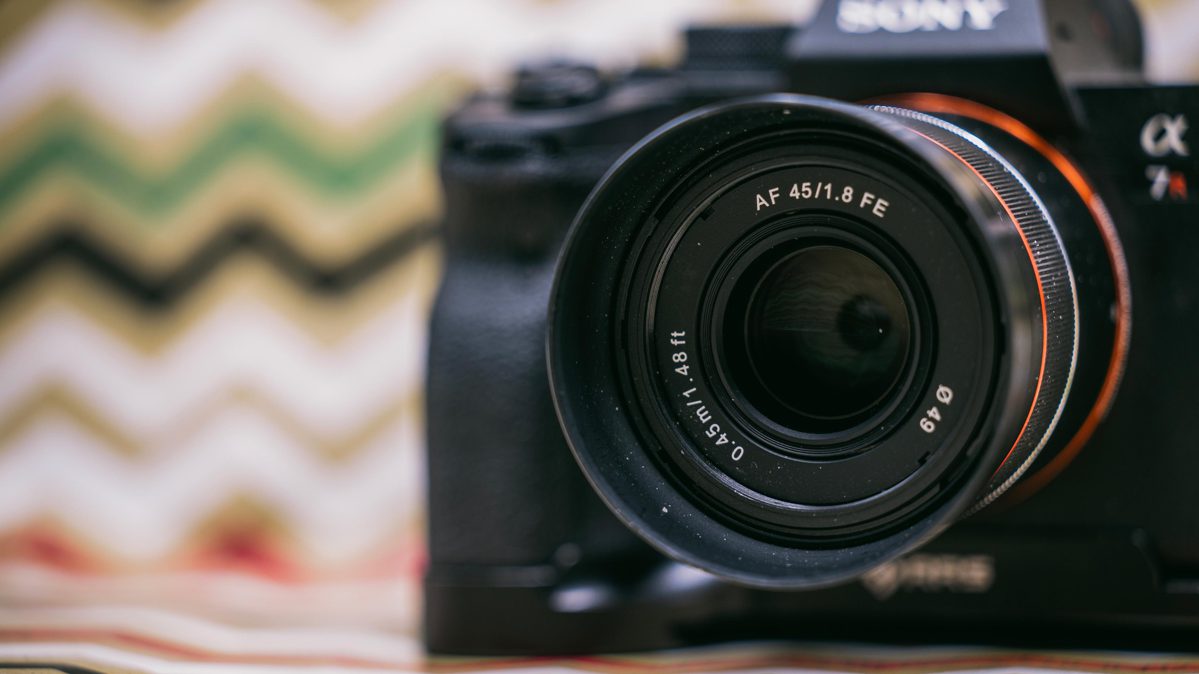 Sony’s mirrorless camera system has been around for years, and moves enough units to enjoy fairly robust support from third-party lens makers. Rokinon, best known for its range of high-quality, manual focus SLR lenses, is one. It’s ventured into the world of autofocus, which means its 45mm F1.8 AF Sony E ($399) can take full advantage of features like face and eye detection and subject tracking. It’s a good lens for budget shoppers and photogs that treat gear gently, though we recommend you get the $549 Sigma 45mm F2.8 DG DN Contemporary if you can afford to spend a bit more.

Rokinon doesn’t try to hide the plastic nature of the 45mm F1.8 AF Sony E. The barrel is a lightweight material, finished in glossy piano black, and won’t be mistaken for anything else by look or by touch. The matte look and sturdy feel of sturdy composite plastics, used by Tamron for its budget-friendly 35mm F2.8 Macro, are absent. 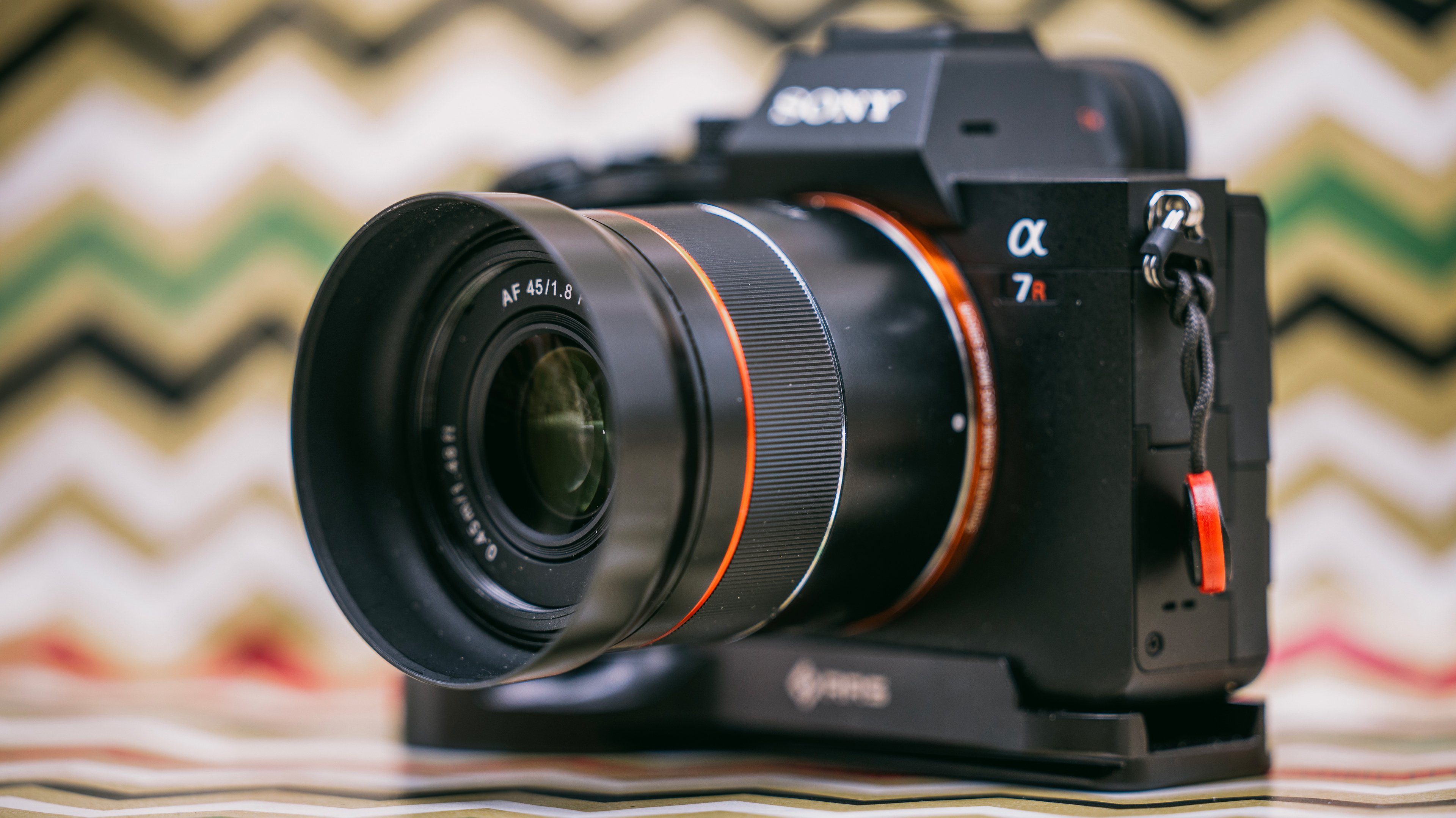 The result is a lens that feels a bit lighter than its size would lead you to believe. It measures 2.2 by 2.4 inches (HD), but weighs just 5.7 ounces—about a third of a pound. It uses 49mm front filters and ships with a removable lens hood, and front and rear caps. The hood mounts in either direction, so you can reverse it to keep things as small as possible for storage and transport.

Aesthetics are basic. There’s a metallic red accent ring in front of the manual focus control, and branding is printed on the barrel in basic white text. We received the lens with the Rokinon logo, but it’s also sold under the Samyang banner. There’s no difference apart from the brand name.

The manual focus ring is the only on-lens control. It feels better than the rest of the barrel, turning smoothly with just the right amount of resistance. You can turn it quickly for big changes in the plane of focus, or more slowly for more precise adjustments. 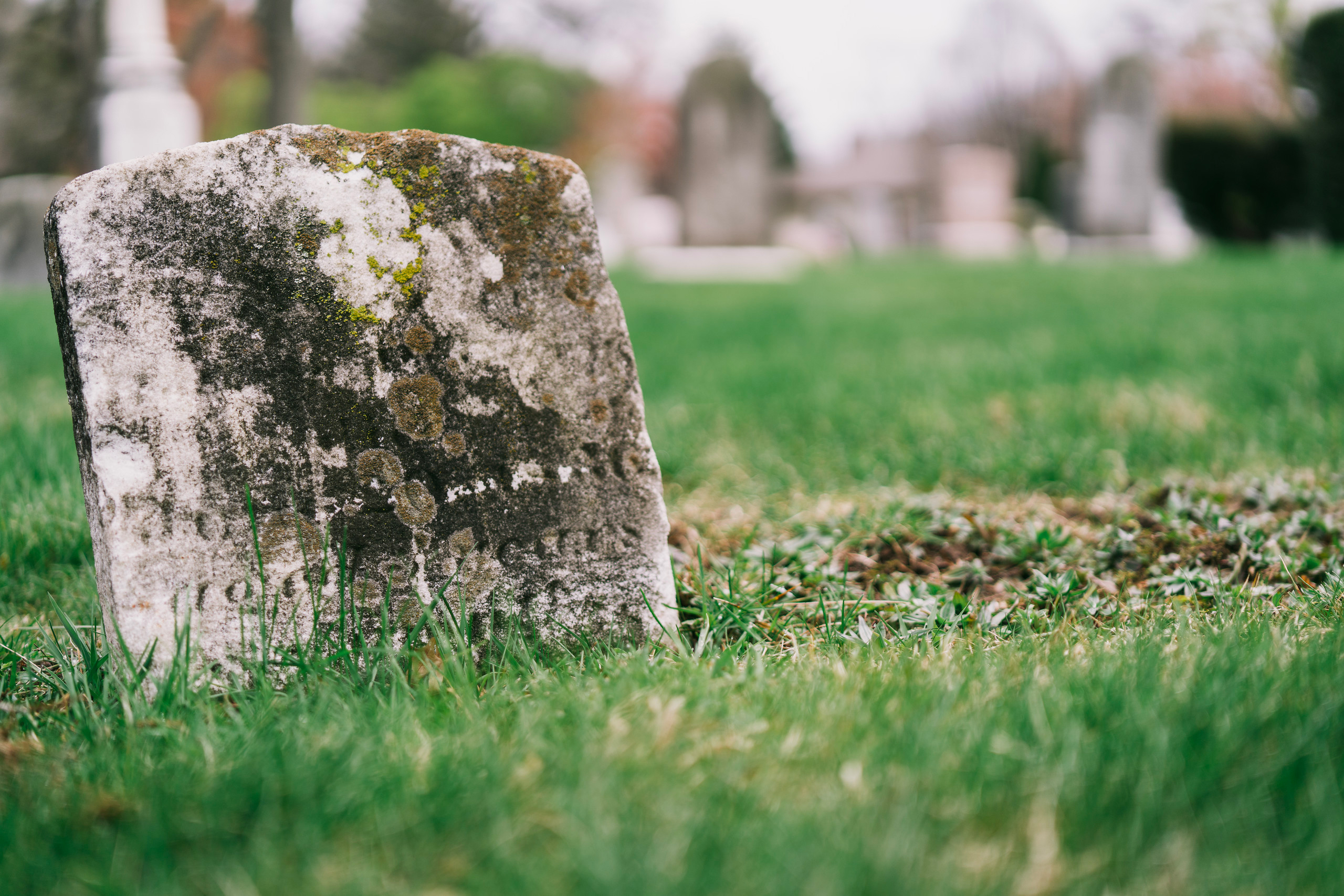 Autofocus is available too. It’s fast enough to keep up with moving subjects, and also very quiet. All of the expected Sony camera features, including face and eye detection and subject tracking, work as expected. Videographers will appreciate the lack of audible noise when focusing, as well as a smooth, steady response to changes in the scene. Focus here is faster and smoother than in Sony’s own budget prime, the FE 50mm F1.8.

There is some visible change in the angle of view as focus adjusts, an effect referred to as breathing, but it’s something you’re only likely to notice with big racks in focus—the effect is mild when making smaller focus adjustments. The lens doesn’t include stabilization, but Sony’s full-frame cameras put the feature in the camera body, so handheld video isn’t a problem.

Focus is available as close as 17.7 inches (45cm), a figure measured from the image sensor plane. You still need to be more than a foot away from your subject to lock focus, which can be limiting for some shots—if you’re an Instagrammer and love posting shots of fancy dinners or desserts, you’ll have to back away and crop your image. 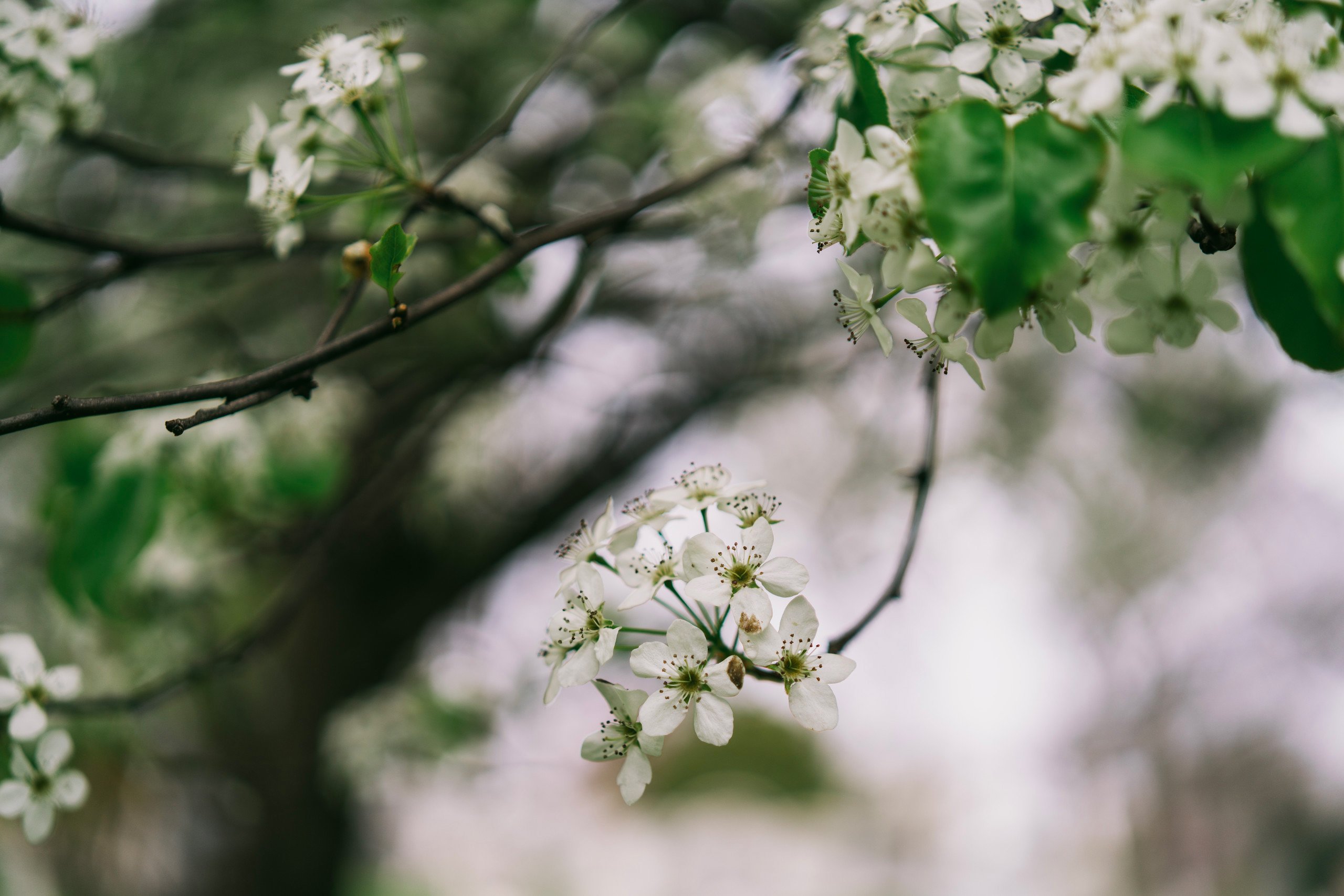 At its closest focus, the Rokinon 45mm projects subjects onto the sensor at 1:8.3 life-size. There are other lenses that get closer, even without being macro. The Sigma 45 goes to 9.5 inches for 1:4 magnification, and Tamron’s 35mm F2.8 nets 1:2 results.

There’s no dust or splash protection, a feature included across the entire line of full-frame Sony cameras, so you’ll need to take some extra care when working outdoors. There are lenses out there that you can use in inclement weather, including the Sigma 45mm F2.8 Contemporary for $550 and the Sony FE 55mm F1.8 for around $1,000.

I paired the Rokinon 45mm with the 60MP Sony a7R IV and software from Imatest to check its optical quality in our lab. The pair nets results that are sharper than you’d expect from a $400 lens attached to a high-end, $3,500 camera. 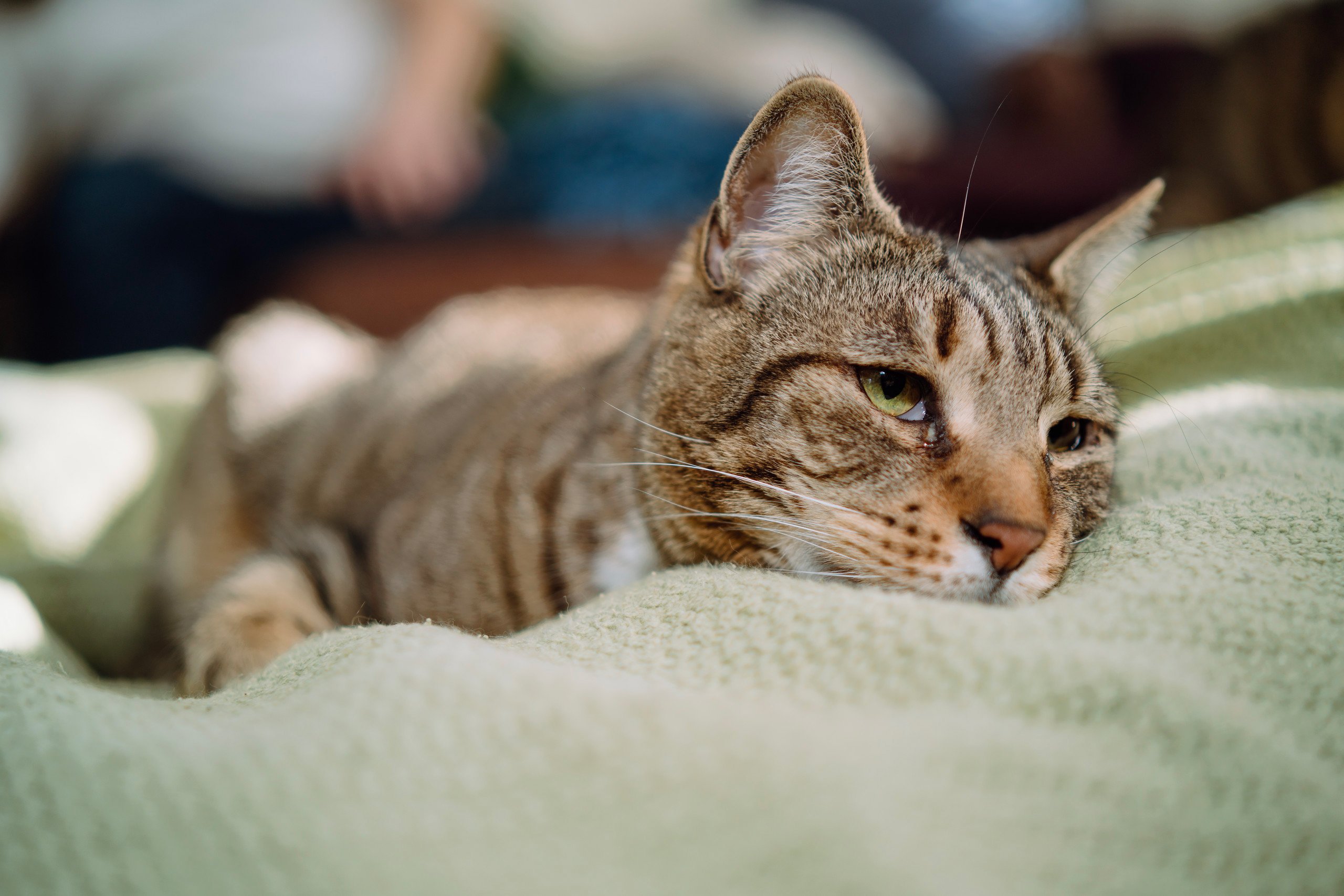 Diffraction is a fact of life at smaller apertures, though. The effect scatters light as it passes through the small iris, softening results. You can still get good results at f/16 (3,875 lines), but the 2,950 lines at f/22 is just barely acceptable.

Distortion is absent from images, even with automatic correction turned off. There is a visible vignette if you leave correction disabled, but it’s modest by the time you’ve stopped down to f/2.8. If you turn on correction the effect is lessened.

Raw processing software, including Adobe Lightroom, is available to correct the effect for photographers who eschew JPGs. Lightroom’s built-in profile does a fine job evening out exposures, but you may want to disable it if you prefer shots with a natural vignette. 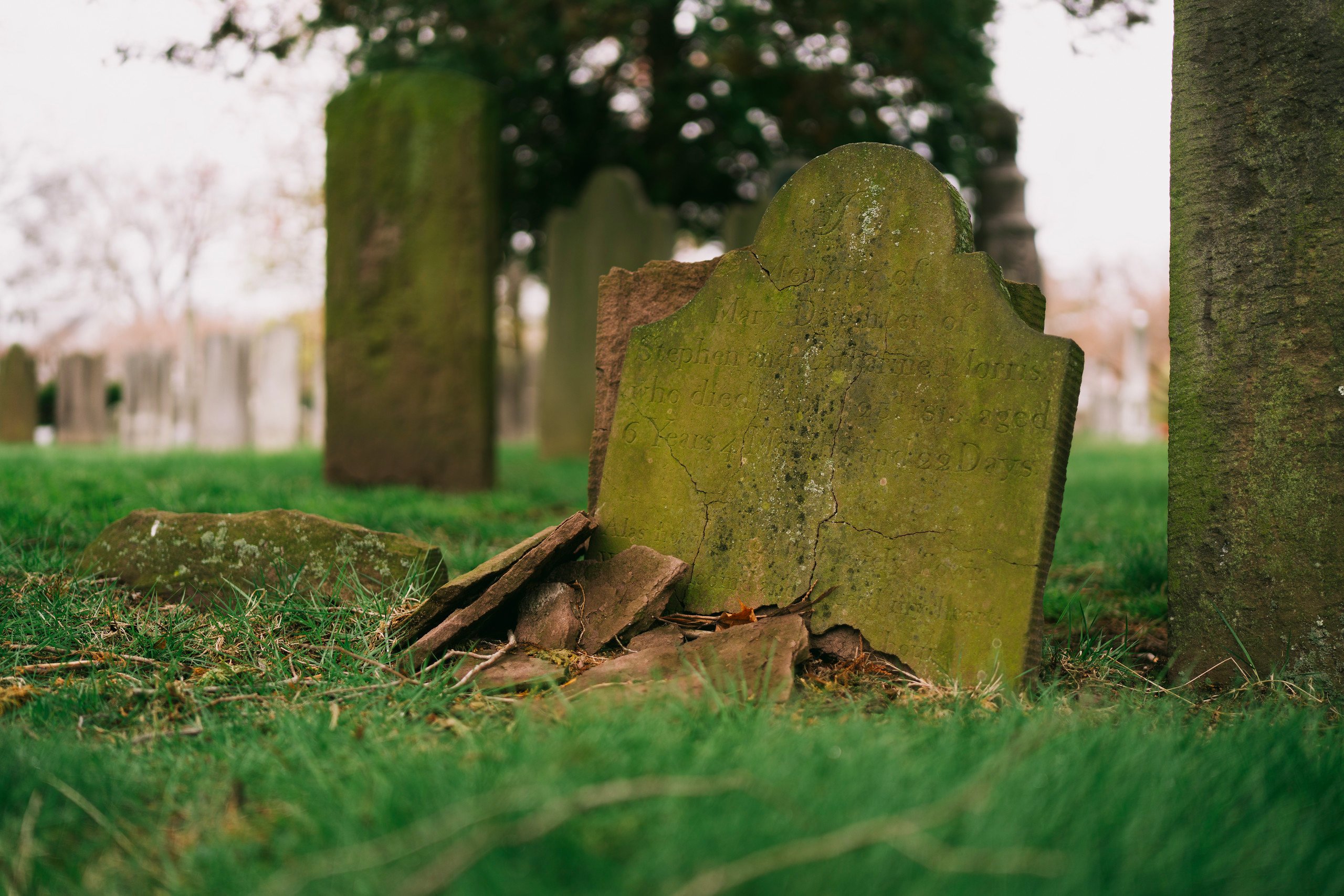 There is some visible false color, especially notable in areas transitioning from sharp focus to soft blur. You’ll note some purple and green fringes in the bokeh, and a little bit of false purple around sharply focused subjects with contrasting backgrounds—it’s easy enough to spot when photographing bare tree branches against a brighter sky. Lightroom removes the latter effect with a single click, but you’ll need to spend a little time getting the false purple and green out of your bokeh, assuming you find it distracting enough to fret over.

Full-frame Sony owners shopping for a bright prime lens on a budget can do a lot worse than the Rokinon 45mm F1.8. Even at its full $400 price, it delivers quick, quiet focus, strong resolution, and a big f-stop for blurred backgrounds. It’s also a featherweight, and not that big, so you can add it to your travel kit without having to buy a new bag.

There are some drawbacks, though. The build matches the asking price, with a plastic-feeling barrel and no weather protection. Videographers will note some focus breathing, and chromatic aberration is a downer for photographers who look at their photos with a critical eye. And, for me, the paltry macro capability is particularly limiting. 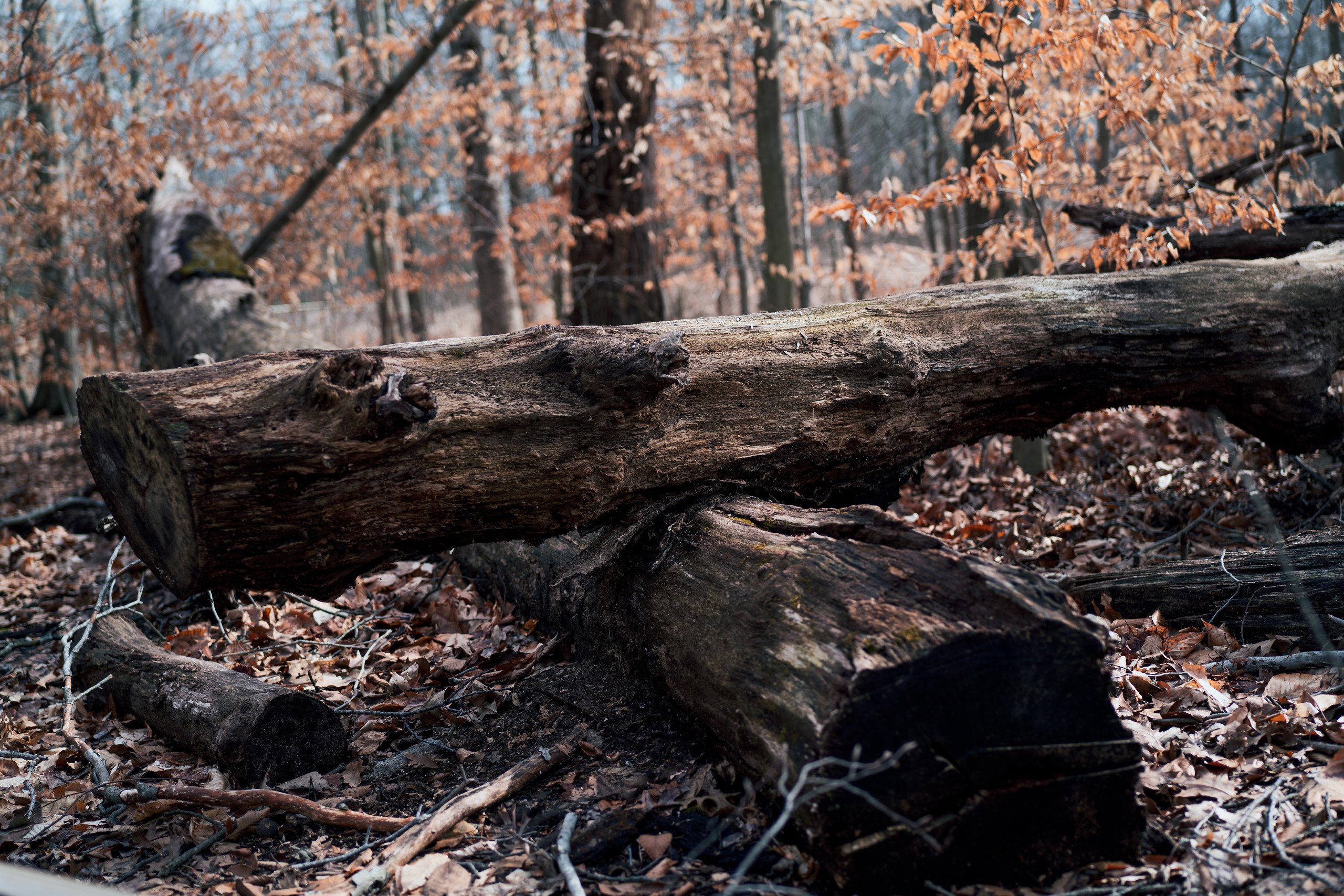 It’s why we give preference to the Sigma 45mm F2.8 DG DN Contemporary as our Editors’ Choice. Sigma’s entry costs more and doesn’t capture as much light, but it’s built better, offers an aperture control ring, and focuses closer.

If you’ve got more to spend, the Zeiss-branded Sony 55mm F1.8 is still one of our favorite wide-aperture primes for the system, years after its release, and can be found for less than its retail price, assuming you don’t mind getting a used copy. Still, you can expect to spend twice as much as you will on the Rokinon, which makes it a strong alternative for budget shoppers, especially if you catch it on sale.