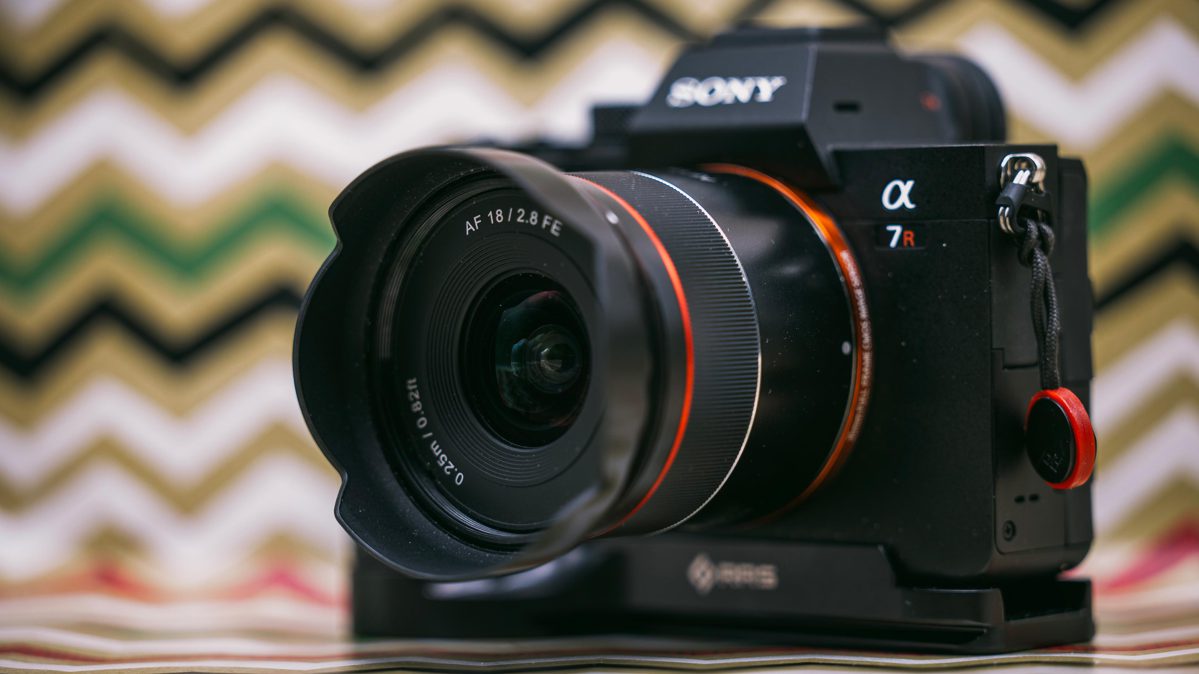 The Rokinon 18mm F2.8 AF Sony E ($399.99) is a svelte lens with a big, wide view. It’s priced affordably and offers a bright aperture and fast autofocus, but it cuts some corners when it comes to build quality and optics. It’s a good option for some, but we give preference to the Tamron 20mm F2.8, a lens with better optics and the added benefit of weather protection, and it costs $50 less.

Rokinon uses metal for some of its heavier lenses, like the larger 14mm F2.8 AF Sony E, but goes for plastic here. It’s a lightweight material, similar to what it uses in its 24mm F2.8 and 45mm F1.8 lenses. 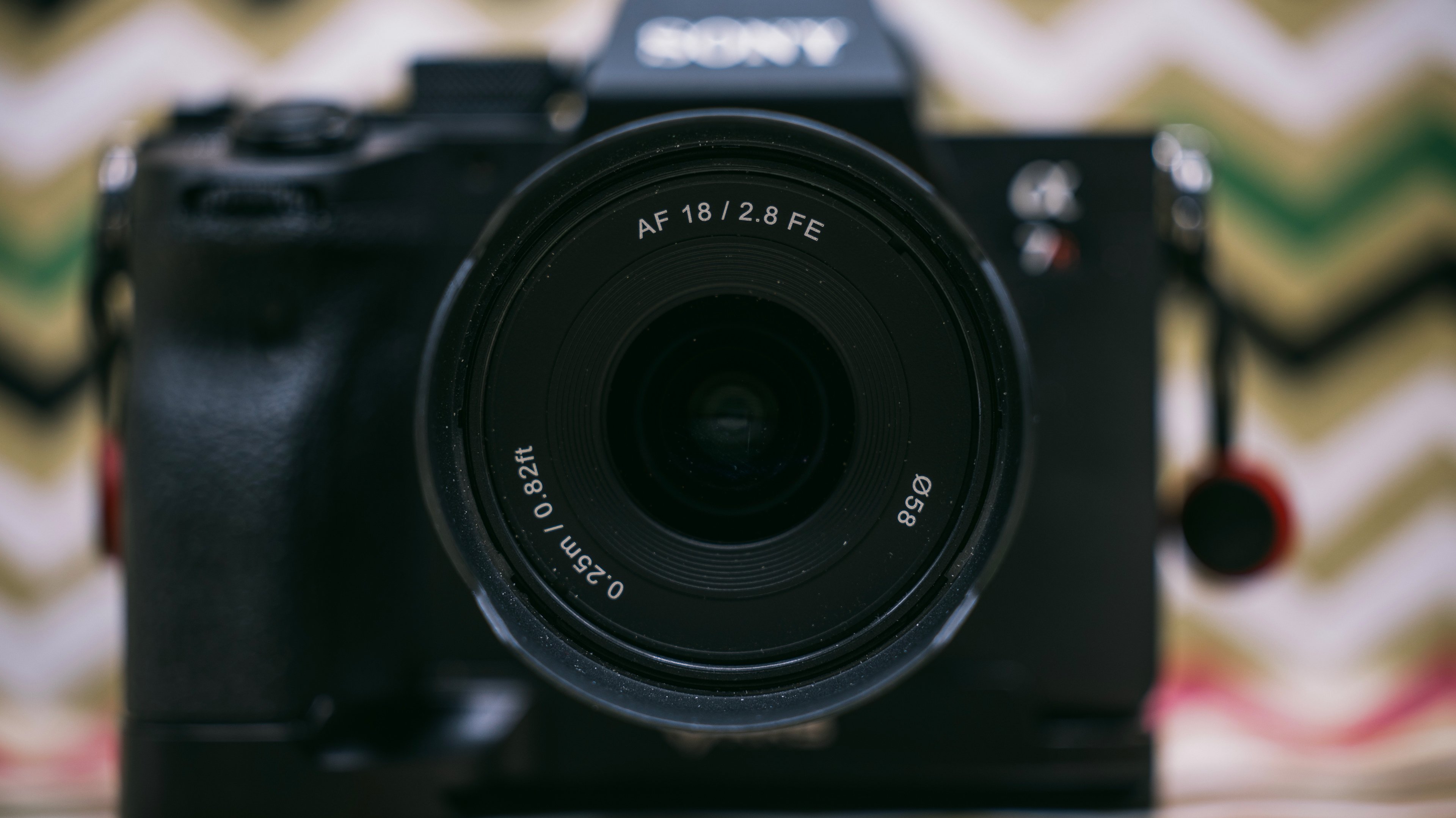 The 18mm isn’t quite as compact as the 24mm offering, but it still qualifies as compact when you take its angle of view and full-frame compatibility into account. It measures 2.4 by 2.5 inches (HD), weighs a mere 5.1 ounces, and supports 58mm front filters.

It’s finished in black, with a red accent ring. We received the lens with Rokinon branding for review, but it’s also sold under the Samyang banner. Apart from the logo, they’re identical. 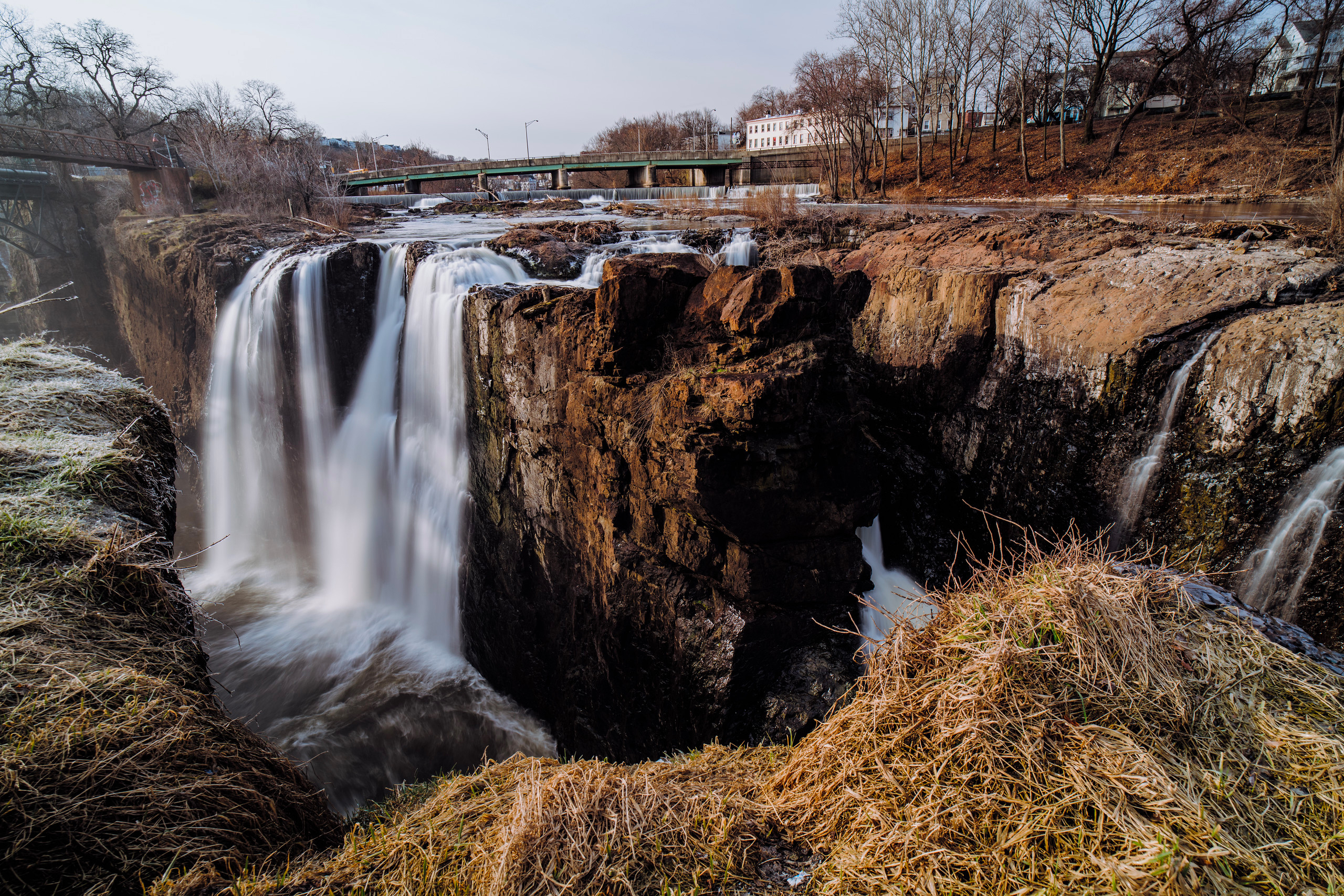 It’s a bit smaller all around than the Tamron 20mm F2.8 (2.5 by 2.9 inches, 7.8 ounces). Tamron’s budget lens is better built, with weather sealing and sturdier polycarbonate, neither of which you’ll find here. The Rokinon lens covers a wider angle, though, and also has quicker, quieter autofocus than you get from Tamron’s lens.

For a company that made its name with purely manual focus lenses, we’re happy to see snappy autofocus performance from the 18mm. It locks onto subjects quickly and quietly, and supports all of the whiz-bang focus features that Sony puts into its cameras. 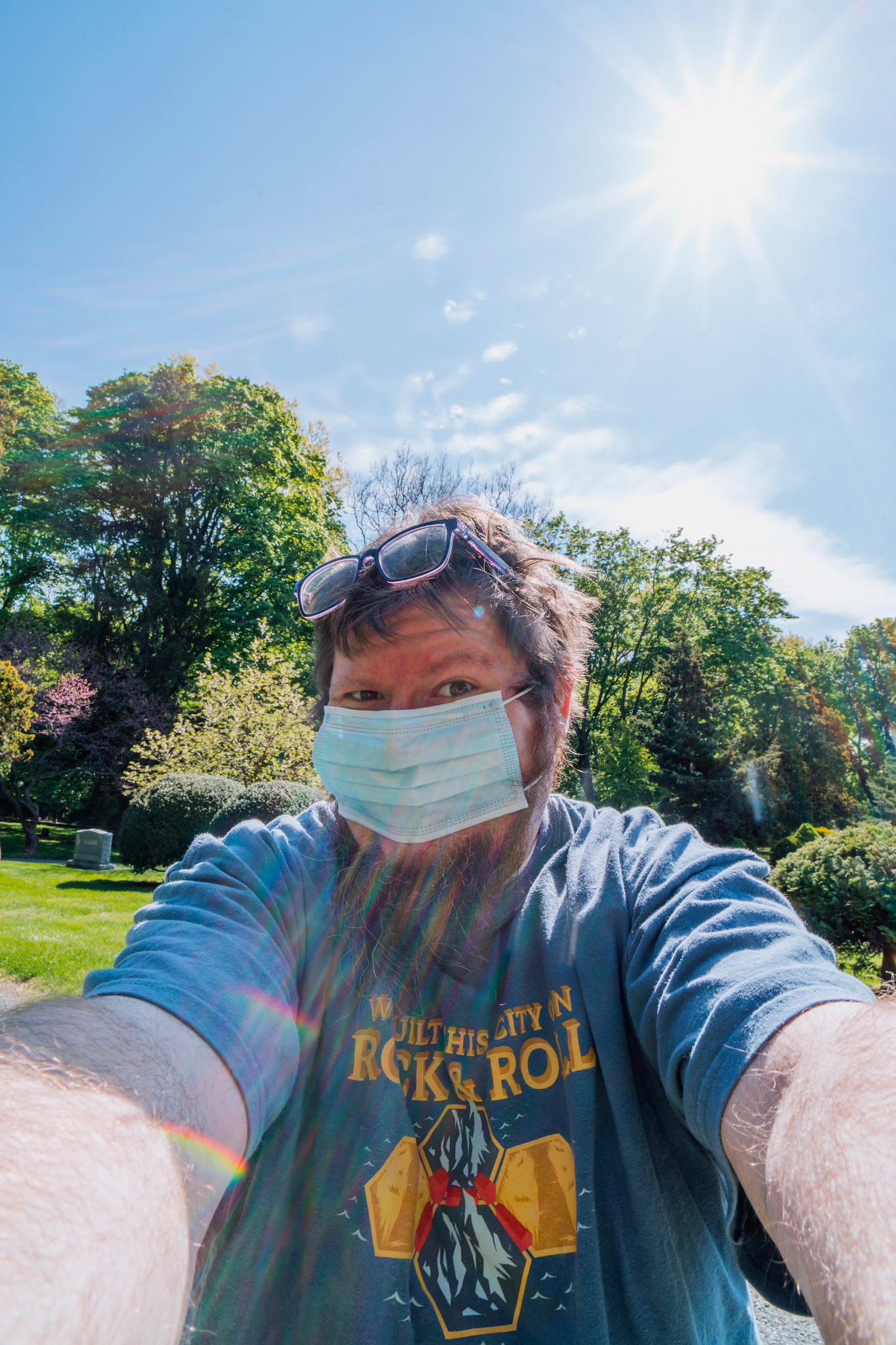 Focus breathing—a change in angle of view when adjusting the plane of focus—is absent, a plus for videography, and autofocus is quiet enough that you can use it without worry that it will add noise to your video clips.

The manual focus experience leaves a bit to be desired, though, so I’d recommend sticking to autofocus when you can. The focus ring turns a little too easily, without a lot of resistance, so it’s a bit difficult to dial in fine adjustments—you need to use a very light touch when turning the ring. 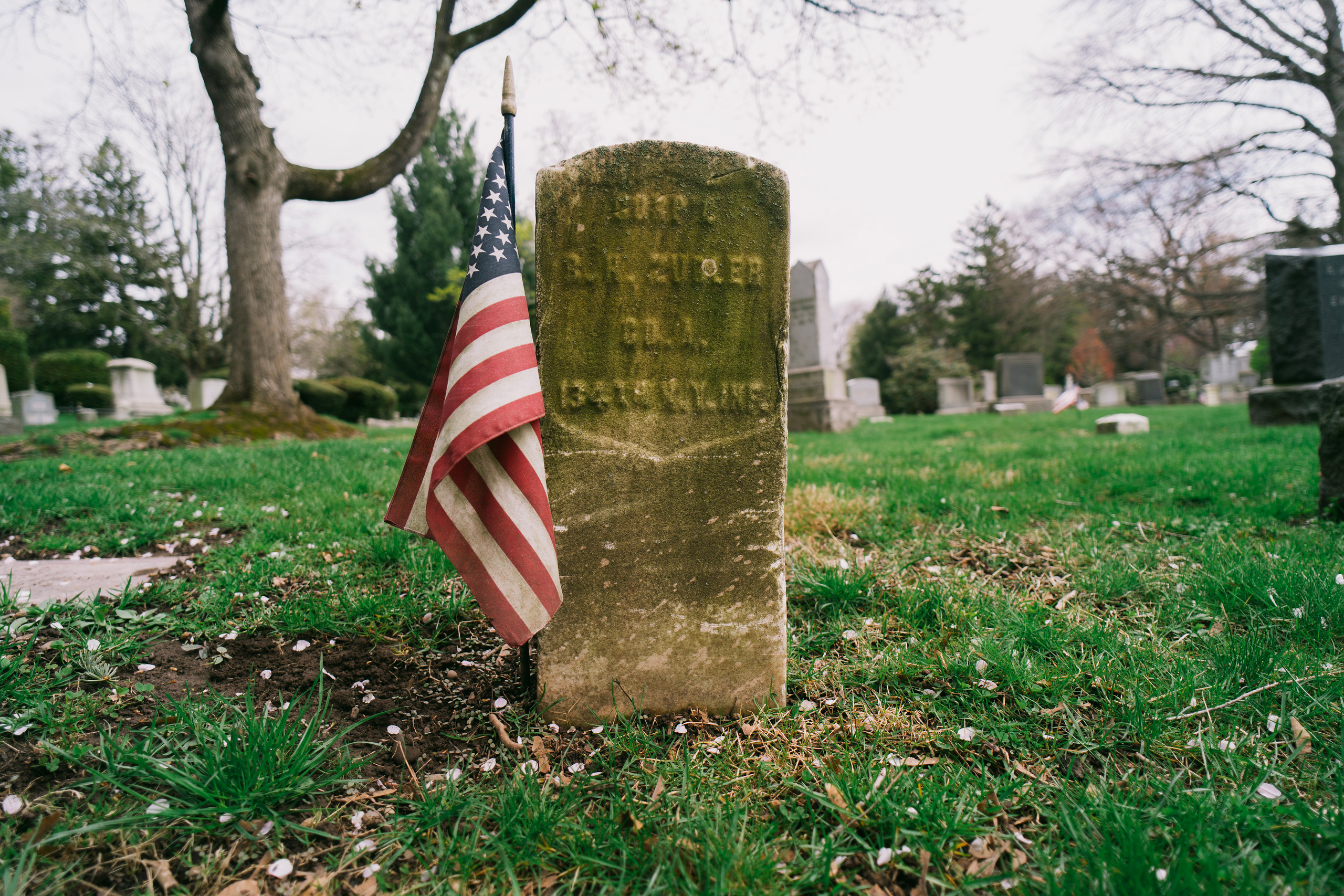 Focus is available to 9.8 inches from the image sensor, so you can get up close to subjects. The macro magnification rating isn’t spectacular, projecting subjects at 1:11.1 life-size at the nearest focus point. The Tamron 20mm offers much better macro support, with focus as close as 4.3 inches, but its angle of view narrows noticeably when focusing close-up.

Optical stabilization isn’t included in the design, but that’s not a surprise. You don’t get the feature in any lens of this type, even premium options like the Sony FE 20mm F1.8 G and the Zeiss Batis 2.8/18. Sony puts in-body stabilization in its full-frame cameras as a rule—it does a fine job eliminating blur from handheld shots and smoothing out jumps and jitters when recording handheld video.

Stop Down for Landscapes

I tested the 18mm along with the 60MP Sony a7R IV, the company’s highest-resolution full-frame camera, and software from Imatest. 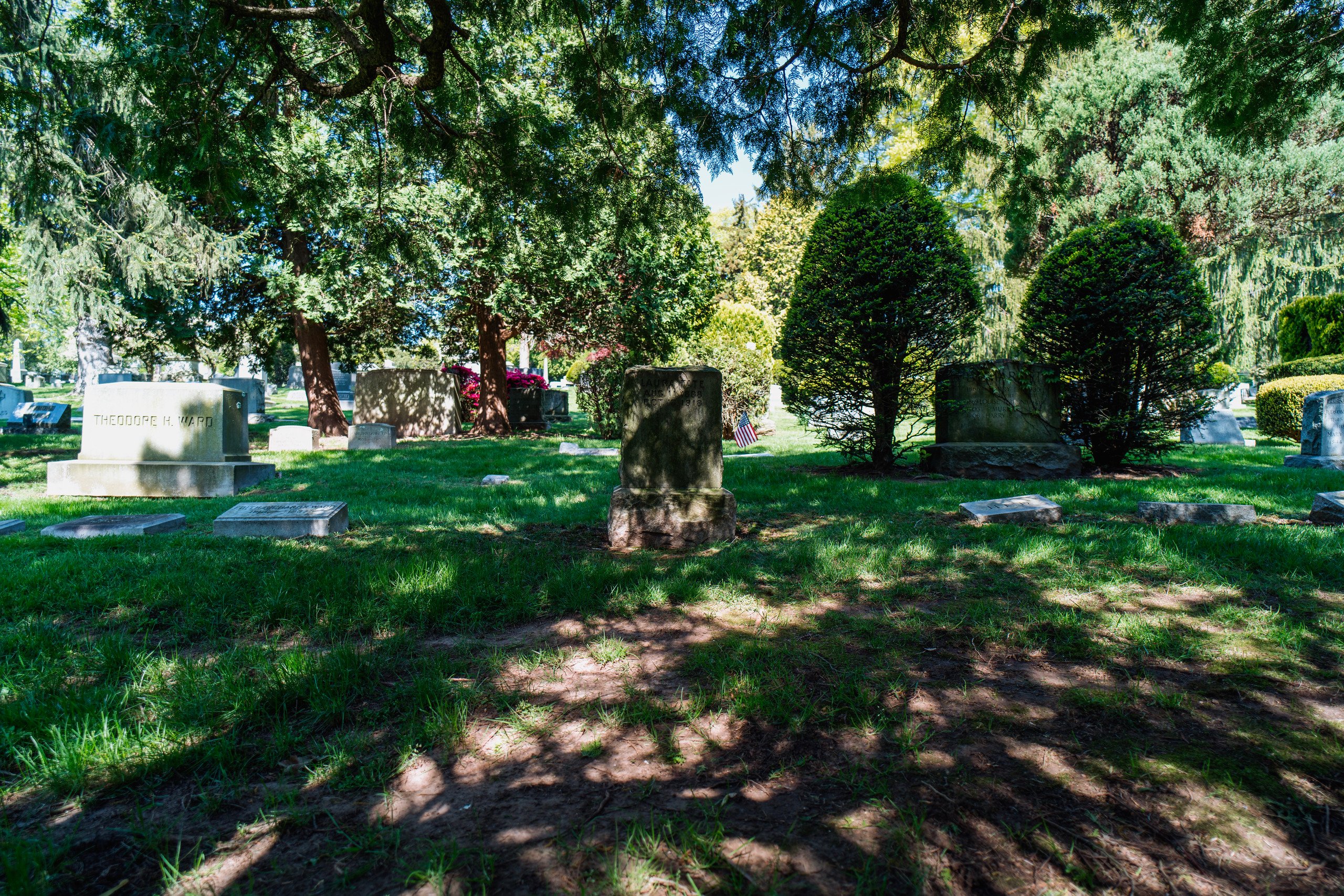 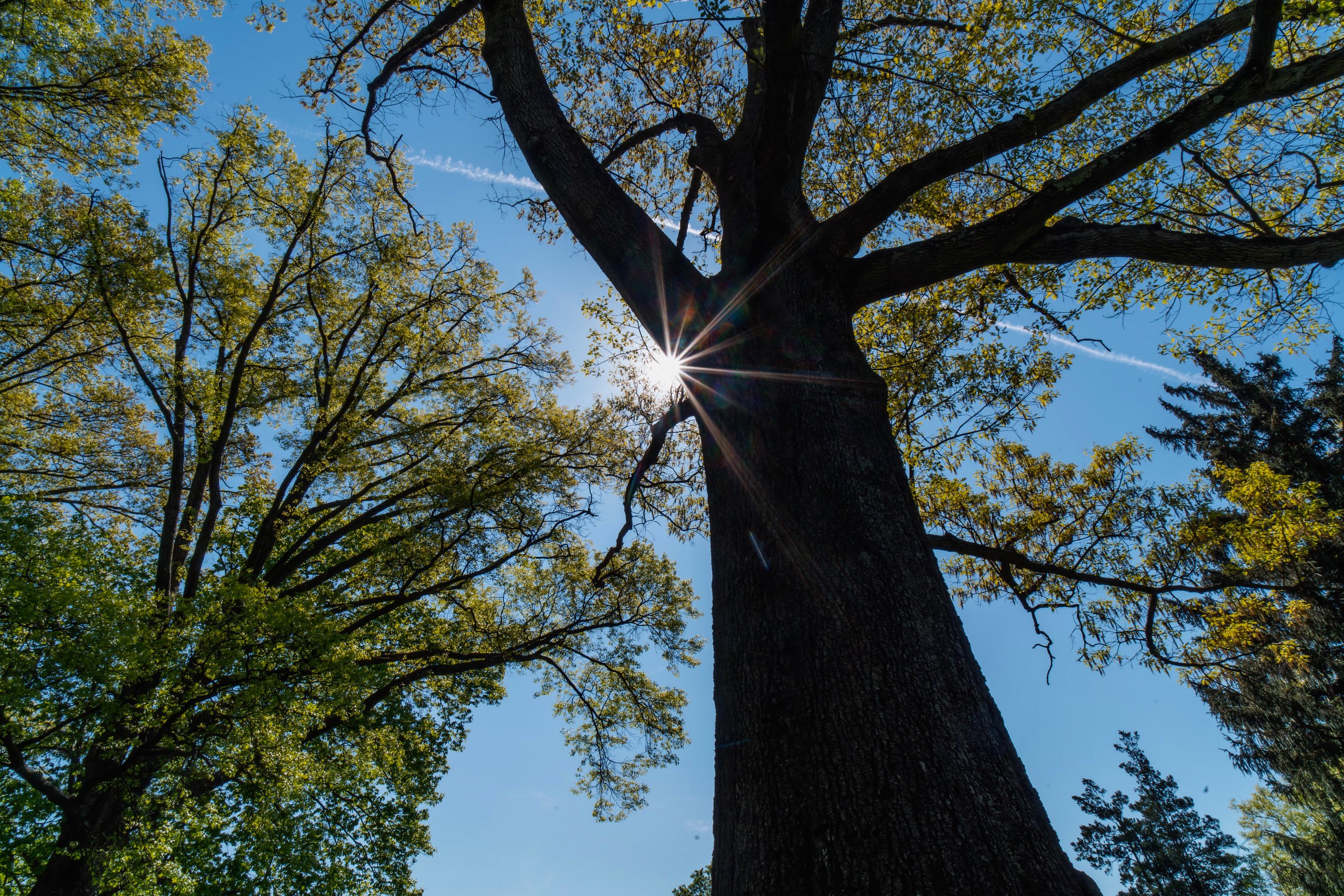 Edge performance is a concern when working with a wide lens. If you’re using it for traditional landscape shots, you’ll want to stop down a bit to get crisp results away from the central portion of the frame. You’ll want to set the aperture to f/8 for the best clarity from center to edge.

The Tamron 20mm is a little sharper wide open (3,600 lines), and manages resolution that’s excellent at its sharpest (4,600 lines). Sony’s FE 20mm F1.8 G is a more costly option, but captures more light and delivers outstanding resolution, better than 5,000 lines, when stopped down. 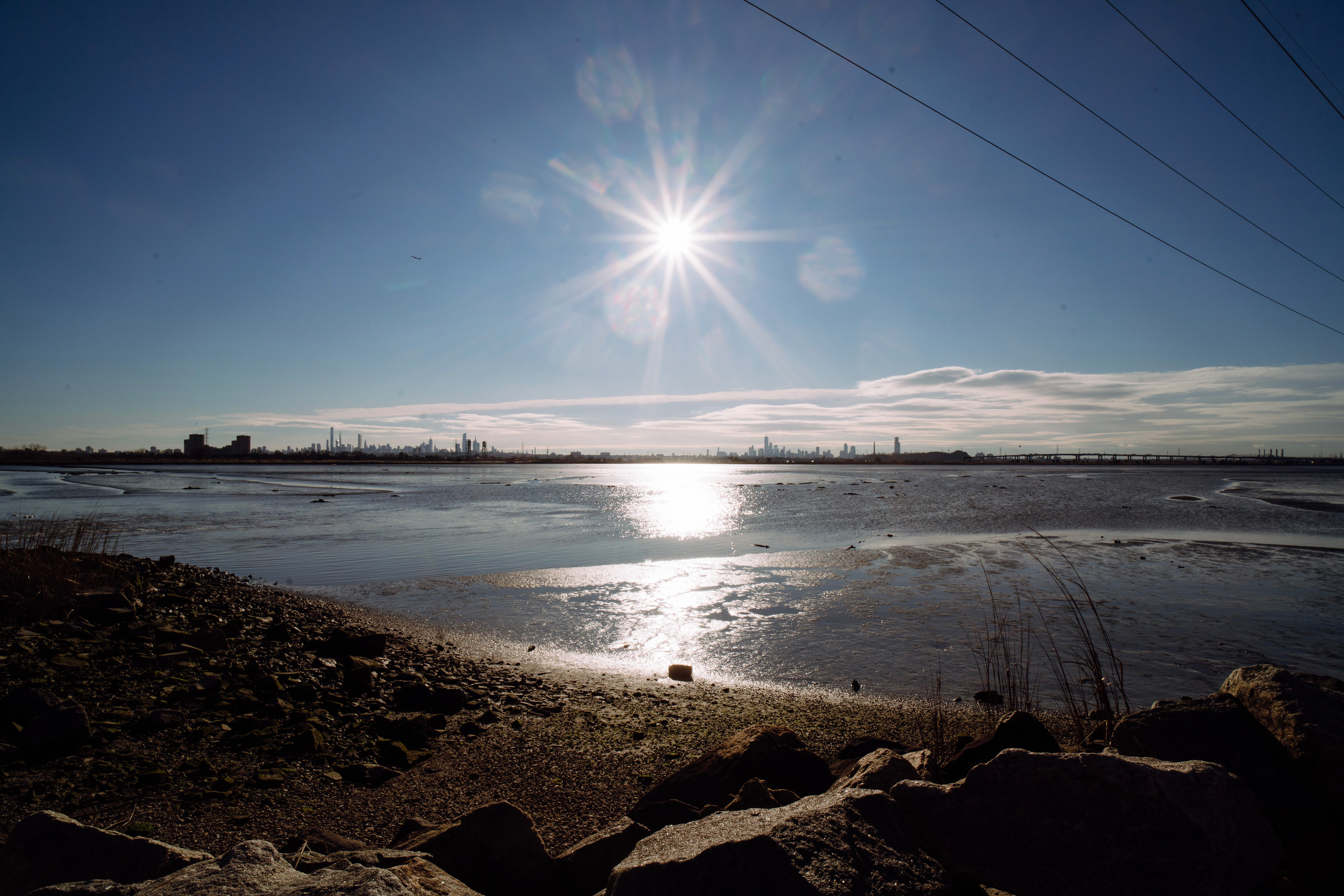 There is some visible distortion, but it’s not extreme. Straight lines have a modest mustache curve, a complex form of barrel distortion. An in-camera profile isn’t available, so you’ll have to live with the effect if you don’t edit your photos.

If you process Raw images in Adobe Lightroom Classic, you’ll get a one-click profile correction to nix the modest distortion. It’s the same type of correction that customers who opt for the Tamron 20mm will have to apply—it shows strong barrel distortion in uncorrected shots. One distinction with the Tamron lens is that you can apply in-camera corrections to JPGs, something that’s not supported with the Rokinon 18mm. 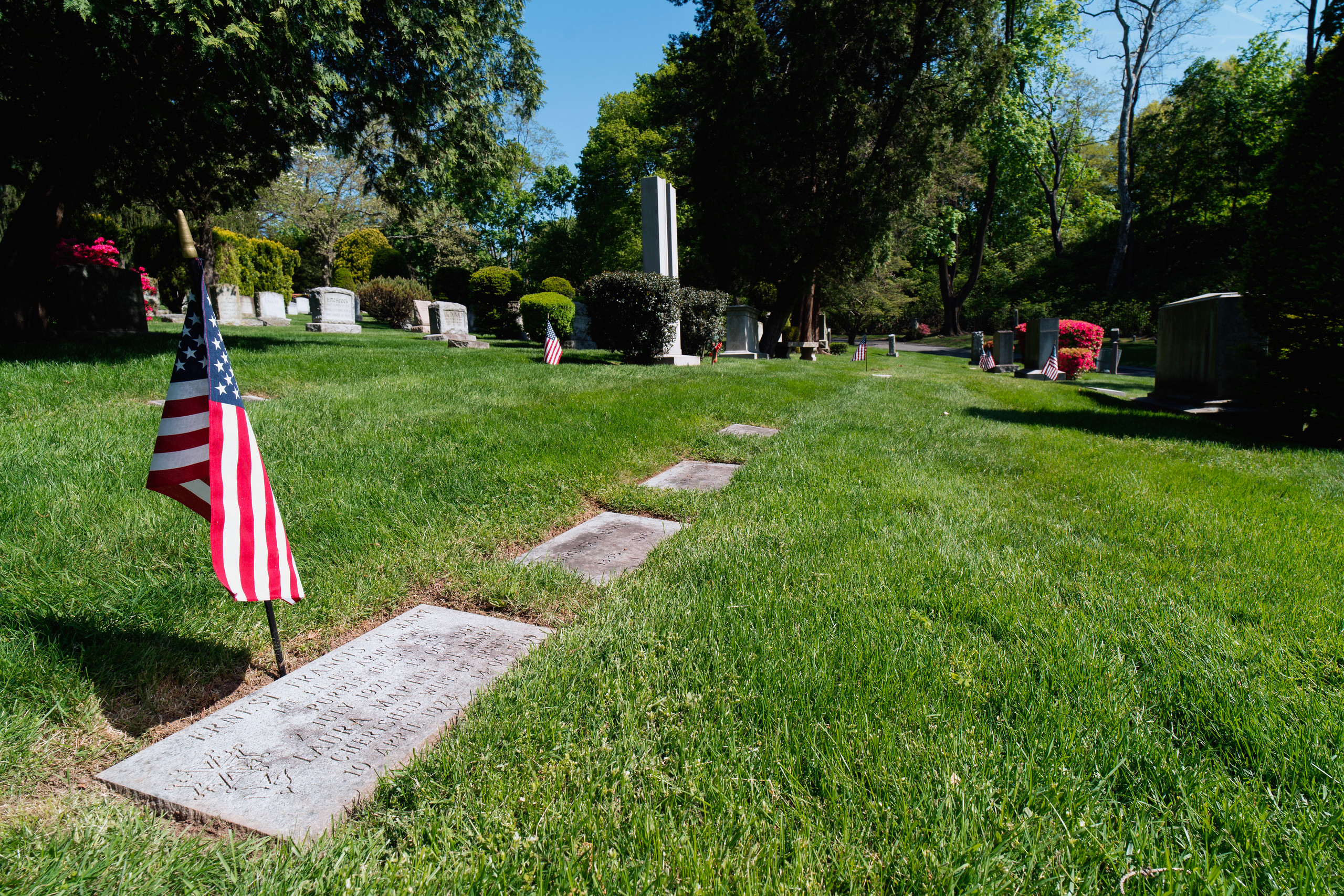 There’s also a bit of a vignette. Sony’s cameras do compensate for it when working in JPG format, so you’ll only notice a slight drop in illumination at the edges and corners of your image at f/2.8. It’s a bit more visible in Raw—the Lightroom profile compensates for it, though.

Rokinon has been putting together a strong array of low-cost lenses for Sony’s full-frame system. It’s a good thing, as Sony’s first-party lenses tend to land on the spendy side of the spectrum. The FE 20mm F1.8 G is absolutely the best prime lens you can get with a similar angle of view, but at $900, you may hesitate to snap it up. 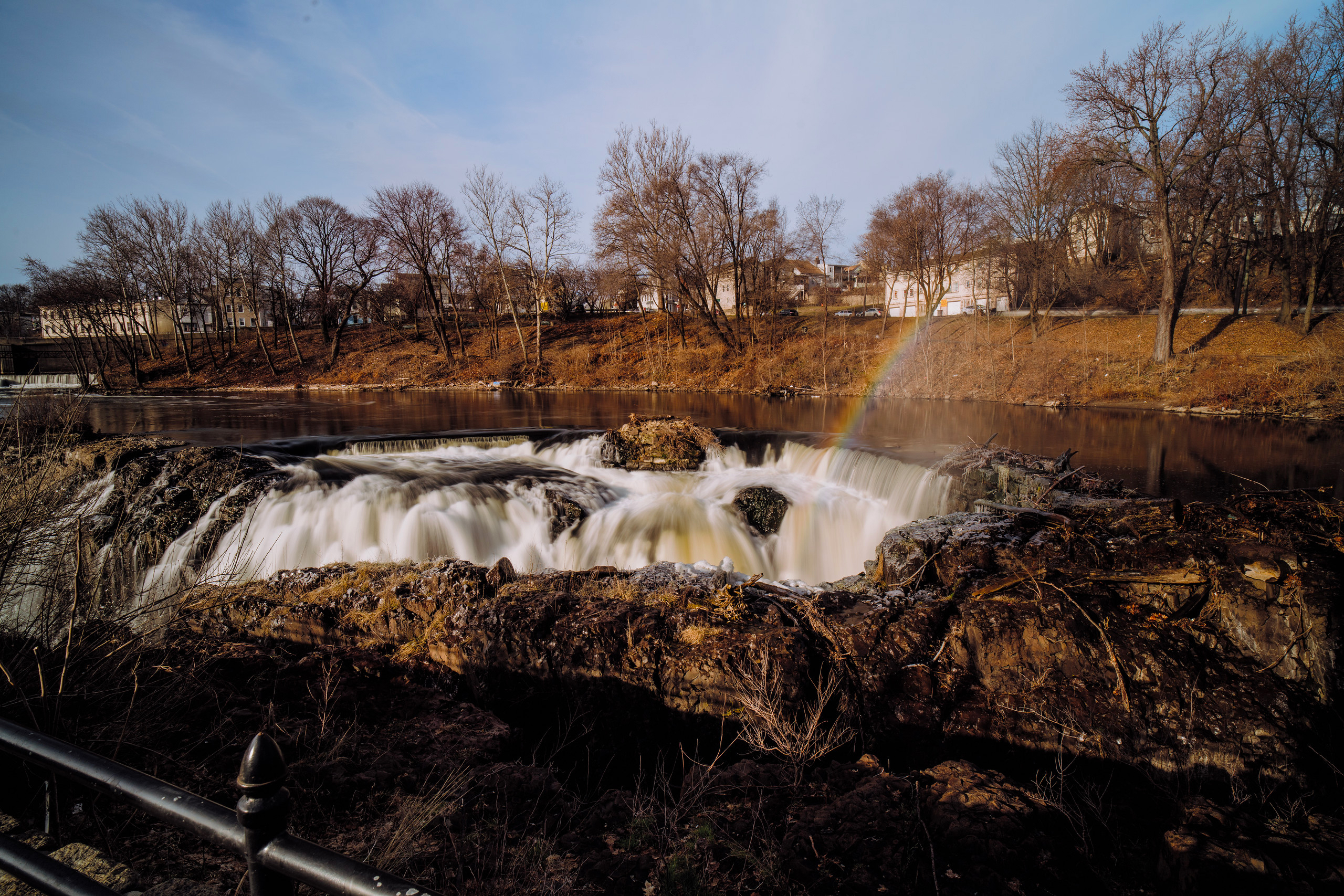 That makes the 18mm F2.8 AF an appealing alternative for Sony system owners. It’s light and often sells for less than its retail price, and while it’s not the best choice for use with a high-resolution camera body like the a7R IV at f/2.8, it nets good results when stopped down a bit, better than we saw with the Rokinon 14mm F2.8 AF.

But it’s not the top pick for budget shoppers. I recommend the Tamron 20mm f/2.8 Di III OSD M1:2 more strongly; it’s sharper, offers weather protection, and macro focus. It’s also a little less expensive, though it does have the drawback of audible autofocus action, a downer if you’re recording sound along with video. 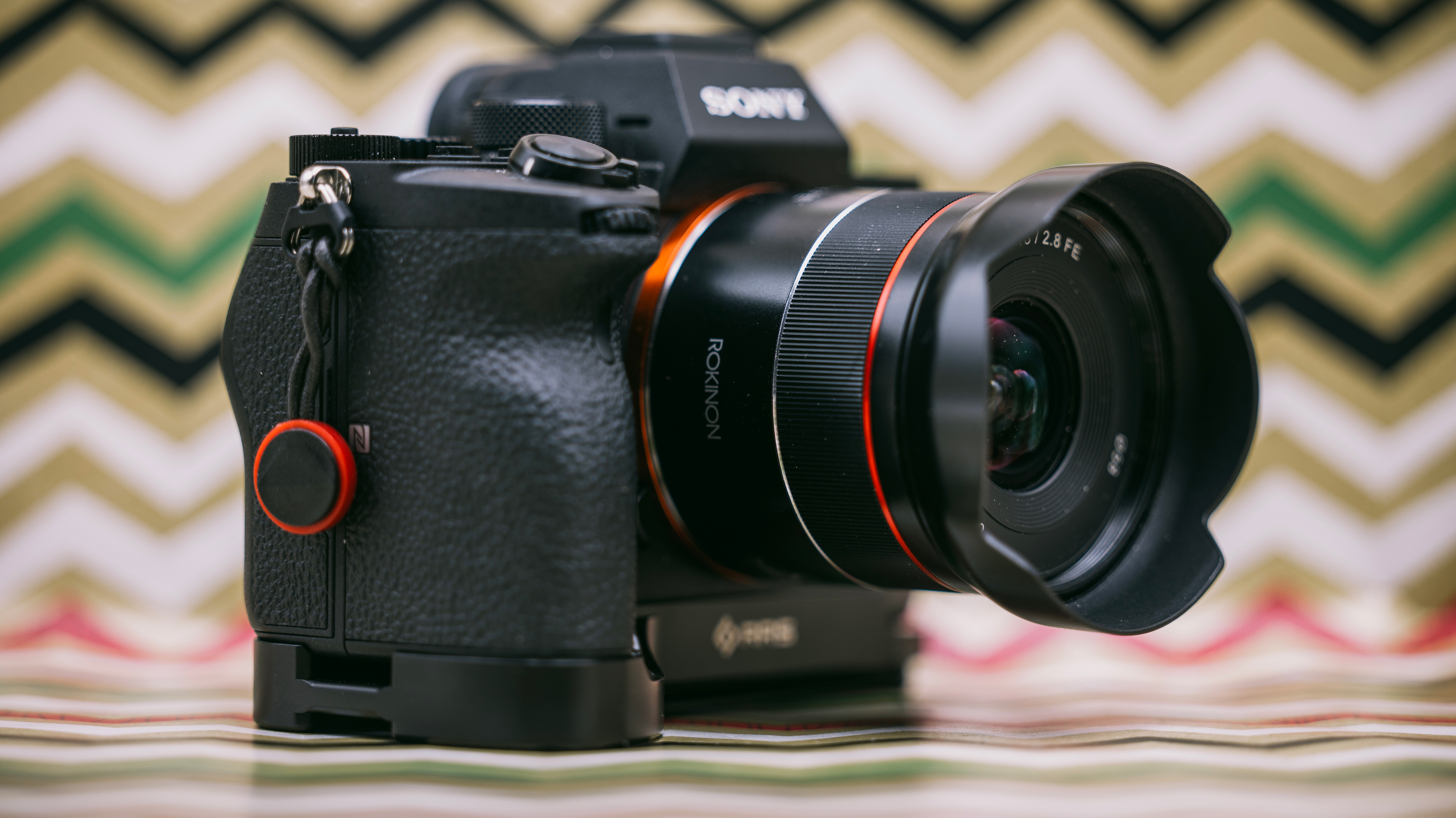