Robotic ‘Skin’ Could Allow Machines and Prosthetics to Feel 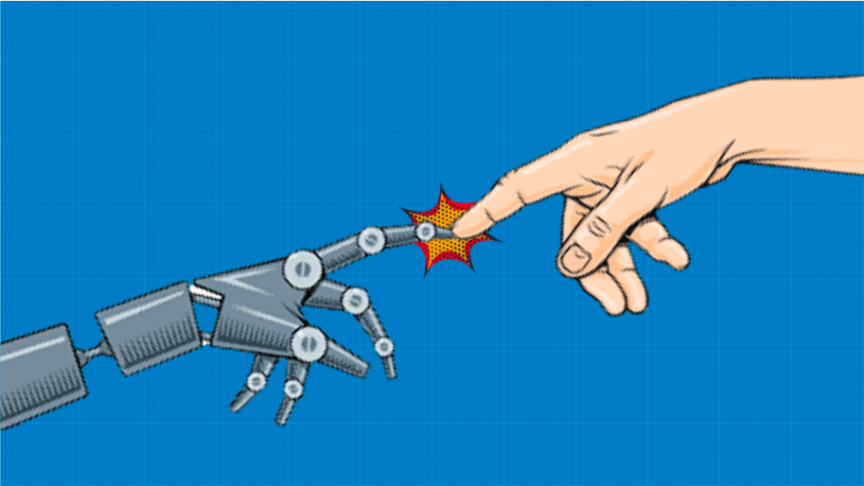 A global team of robotics researchers has published a study in Science Robotics on robotic tactile sensing.

Their technology, which uses magnets in robot fingertips to help machines “feel”, could lead to improved efficiency for robots tasked with manual labor and a whole host of other applications.

As a report in Input Magazine explains, the researchers claim touch sensitivity can be achieved in robots by using a flexible magnetized film on a robotic fingertip that essentially replicates the function of human skin.

For their tests, the researchers used a circuit board as the supporting “bone” of the robot finger. This was covered in magnetic sensors that could note a depression in the “skin”, or film, as well as the exact location where the contact occurred.

The human sense of touch is an incredibly complex mechanism that relies on millions of tiny sensory nerves connected to neurons in our spinal cords. Such complexity is not achievable in a robot with our current technology — in fact, it may never be possible.

Still, even though the researchers’ approach is, necessarily, simplified, it is a surprisingly close approximation to human touch.

In order to do so, the team had to develop an incredibly accurate algorithm with a tactile “super-resolution”:

“We developed an efficient tactile super-resolution algorithm using deep learning and achieved a 60-fold improvement of the localization accuracy for contact position, which is the best among super-resolution methods reported so far,” Dr. Shen Yajing, Associate Professor at City University Hong Kong’s Department of Biomedical Engineering (BME), a co-leader of the study, explained in a press release.

“The super-resolution of our sensor helps the robotic hand to adjust the contact position when it grasps an object. And the robotic arm can adjust force magnitude based on the force decoupling ability of the tactile sensor,” Dr. Shen continued.

If they continue to develop their technology successfully, the researchers say they will be able to create prosthetic hands and other “cyborg” body parts that can feel, and sense surroundings much like a human.

Such a device could be used, for example, to help a blind amputee read Braille more accurately or hold onto a slippery dish effectively. Advances in the field could also help to improve human-robot interactivity.

The research adds to a field that could lead to more dexterous robots that are able to hold objects firmly without breaking them — for example, a porcelain teacup, an egg, or even a jellyfish. By getting machine dexterity right, the researchers would make robots a whole lot more human.