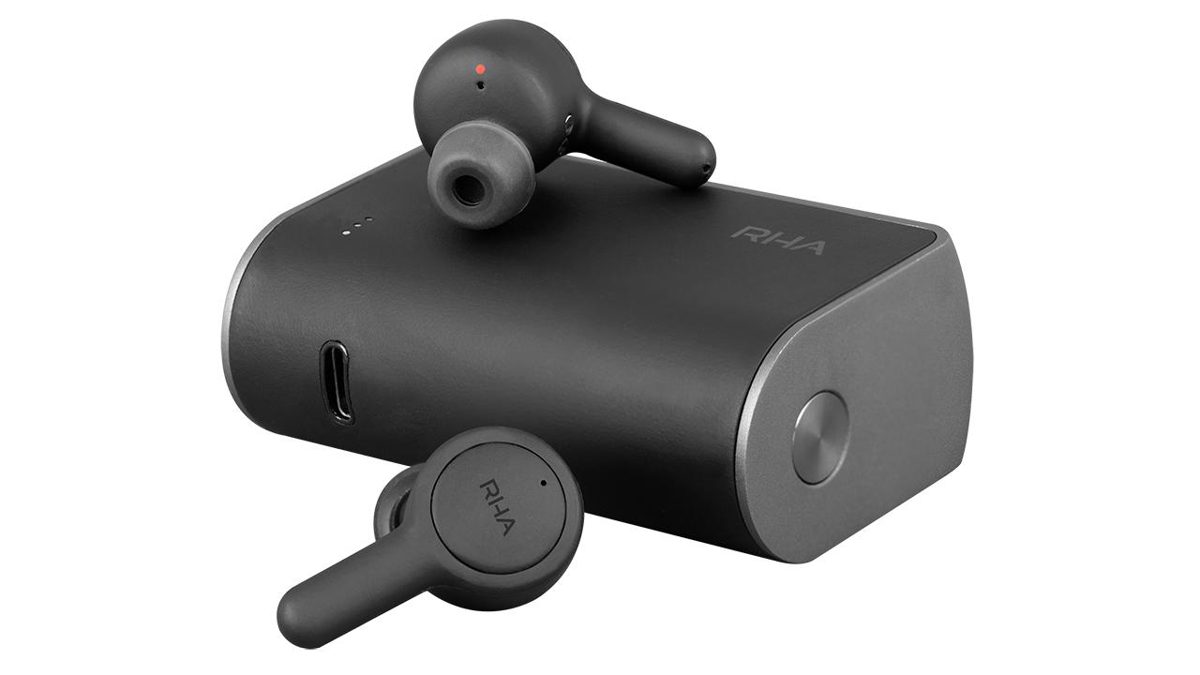 We awarded the original RHA TrueConnect earphones our Editors’ Choice when we reviewed them back in 2018, but the true wireless earbuds market has changed significantly since then. At $149.95, the new TrueConnect 2 earphones deliver a similarly solid sonic experience from a handsome, water-resistant design with much better battery life than their predecessor. Not much else has changed, however. There’s no app with user-adjustable EQ, and the controls are more difficult to use than they should be. There’s still plenty to like about these earphones from an audio perspective, but they fall short on features you can typically find in this price range.

The TrueConnect 2 earphones are available in a stylish matte black or blue design, with stem-style earpieces that fit securely. To ensure fit stability, you get seven total pairs of silicone eartips in various sizes—about twice as many as we typically see included. Internally, 6mm drivers deliver a frequency range of 20Hz-20khz.

The charging case is shaped like a tiny, old-school mailbox, with a cover that slides away to reveal the cradle for the earpieces. It might be tiny by mailbox standards, but it makes for a bulkier-than-usual case. On the front face, LEDs display how much charge the case has, and the included USB-C cable connects to the rear panel for charging.

In addition to water resistance, RHA adds dust resistance this time around, for an IP55 rating. This rating is middle-of-the road as far as water resistance goes—light rain, damp cloths to clean the earpieces, and sweat should all be fine, but don’t expose them to real water pressure or submerge them in water.

Each earpiece has a touch-sensitive control panel, with commands divided between the two ears. A single tap on either ear controls playback, while a double tap on the left ear skips forward a track, and on the right ear raises the volume. A triple tap on the left ear skips backward a track, and on the right lowers the volume. This can be confusing—most control layouts tend to use the left ear for backward/volume down and the right ear for forward/volume up, assigning the same number of taps to volume controls and a different number of taps to track navigation.

The controls for phone calls also seem counterintuitive—a single tap usually answers and ends a call, but here, it only answers. You need a 1.5-second hold to reject or end a call. And, once on a call, the volume is controlled by two taps to raise it and three taps to lower it on either ear. A 1.5-second press on either earpiece will summon your device’s voice assistant, and a five-second hold puts the earphones in pairing mode. It definitely takes some getting used to.

The earphones are compatible with Bluetooth 5.0 and support the AAC and SBC codecs, but not AptX. To be clear, there’s no documented AAC support—the manual only lists SBC, but we checked and the earphones do support AAC.

There’s no companion app, which was pretty much the norm in 2018, but is now a bit surprising in this price range. The main disadvantage here is the lack of user-adjustable EQ, but this also means there’s no way to adjust settings, such as assigning new commands to the touch controls.

RHA estimates battery life to be roughly nine hours, with an additional 35 hours in the charging case. These are great numbers for true wireless in-ears—and a vast improvement over the previous TrueConnect model—but your results will vary with your volume levels.

On tracks with intense sub-bass content, like The Knife’s “Silent Shout,” the earphones deliver a solid low-frequency response. At top, unwise listening levels, the drivers don’t distort, and at reasonable volume levels, we get a palpable sense of bass depth without the lows sounding too upfront or boosted.

Bill Callahan’s “Drover,” a track with far less deep bass in the mix, gives us a better sense of the True Connect 2’s general sound signature. The drums on this track can sound overly thunderous on bass-forward in-ears, but here things are pretty close to accurate—there’s some thump and roundness to the drums, but they don’t sound massive or overtake the mix. Callahan’s baritone vocals receive plenty of low-mid richness, ad well as enough high-mid presence to retain clarity and definition. The acoustic strum and higher percussive hits also have a pleasant high-mid and high-frequency presence—not overly bright or crisp, but balanced with the lows. Even so, the sound signature is bound to strike some listeners as a little light in the deep bass department, which is where adjustable EQ would come in handy.

On Jay-Z and Kanye West’s “No Church in the Wild,” the kick drum loop receives an ideal high-mid presence, allowing its attack to retain its punchiness in the mix. The sub-bass synth hits that punctuate the beat are delivered with a solid amount of depth, but nothing like what some bass-forward in-ears, or those with true sub-bass abilities, are capable of. The bass on this track, in general, feels a bit dialed back, with a focus on midrange and higher frequencies. The vocals are delivered with excellent clarity and no added sibilance.

Orchestral tracks, like the opening scene from John Adams’ The Gospel According to the Other Mary, sound natural and balanced through the TrueConnect 2. The lows are delivered with some pleasant richness and overall restraint, allowing the higher-register brass, strings, and vocals to retain their place in the spotlight.

The noise-reducing mic array offers above-average intelligibility for phone calls. Using the Voice Memos app on an iPhone 8, we could understand every word we recorded clearly. There’s still some Bluetooth distortion in the mix, but its presence is subtle, and the mic does a good job of delivering a strong signal and focusing on the voice when in noisier scenarios.

RHA has definitely stepped things up in the battery life department, and sonically, the TrueConnect 2’s drivers deliver a clear, rich experience. That said, the sound signature will likely strike some as needing a slight adjustment, and the lack of an app with EQ holds these earphones back, as do the counterintuitive controls that can’t be reassigned. Our favorite wire-free models in this price range include the $150 JBL Live 300TWS and the $180 Jaybird Vista, both of which offer more in the way of features than the TrueConnect 2. And if you’re willing to spend a bit more, the $200 Jabra Elite Active 75t and the $250 Apple AirPods Pro bring even more to the table, from more gym-friendly designs to active noise cancellation.