Rest in Peace to All the Rockets We Lost in 2020 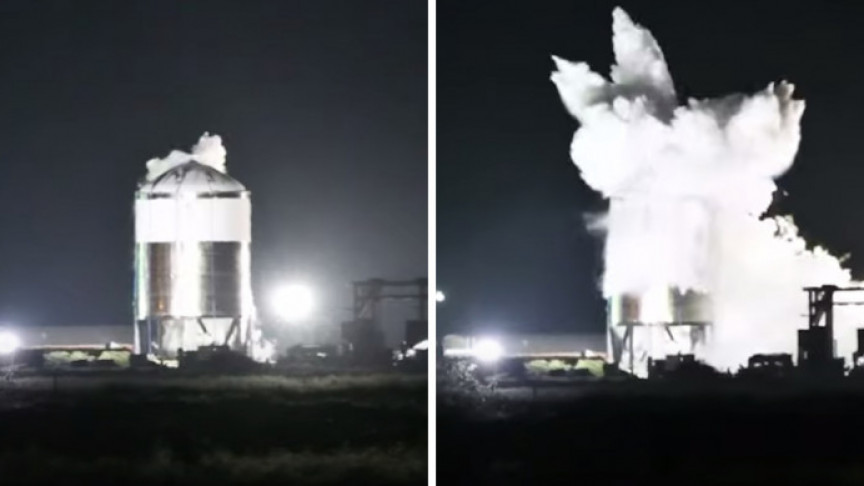 The pandemic could not keep the space industry down last year. The events of 2020 will play an essential role in the development of both established and emerging space programs in the coming decade. In 2020, we had astronauts launch into orbit on a private spacecraft for the first time. A robot soaring through space, hundreds of millions of miles away, grabbed a large sample of an asteroid, making it the first time an event like this happened. We even had three separate missions make their way to Mars.

An estimated 1,200 satellites were launched into orbit this year. In some ways, we are in a transition period; governments around the world have refocused a lot of their attention on space as the private space industry continues to expand and add new players. However, the space world was not completely immune to problems this past year.

Any rocket scientist or aerospace engineer will tell you that launching rockets is hard. Precise engineering and science will be required to take us to the Moon, Mars, and beyond. Though some of the rockets mentioned on this list very literally went up in flames, many of these setbacks represent critical stepping stones for humanity. Learning from these failures is essential.

The Starship SN3 did not hop along as expected.

SpaceX’s Starship could help humans reach new heights. Elon Musk and his team of aerospace engineers have been working on the massive Starship to carry people and cargo to the moon, Mars, and other destinations.

Expected to be “fully and rapidly reusable,” the rocket system will comprise two parts. First, it will consist of a stainless-steel spacecraft called Starship. This stainless-steel vehicle will sport six of SpaceX’s powerful Raptor engines. The Starship will also include a giant rocket known as Super Heavy, which will have about 30 engines. Different stripped-down versions of this rocket have been tested throughout the year.

In April of this year, the latest version of the rocket at the time, the Serial No.3 or SN3, was expected to make a series of tests to gather data, including a series of hopping flights near SpaceX’s facility in Texas.

However, things went wrong during a cryogenic pressure test, causing the SN3 to collapse. After investigation, Musk tweeted, “Some valves leaked at cryo temp. Fixing & will retest soon.”

This cryogenic pressure test was intended to demonstrate that the SN3 would withstand the high pressure of very cold fuel, an essential characteristic the vehicle will need to endure before flights. Regardless, the SpaceX team would follow up with a series of iterations of the Starship that would more or less perform much better.

The Starship SN4 did not do much better

Following the complications with the SN3, the SN4 did not perform that much better. The multi-planetary prototype went up in a spectacular ball of fire during an engine test, Friday, May 29 of this year, near the Boca Chica SpaceX testing facility. The explosion occurred about a minute after a test of the rocket engine. Interestingly, the rocket had already made it through four static-fire engine tests and only ran into problems on its fifth. At the time, this made it the longest-lived Starship thus far. The intended launch was going to send the rocket 500 feet (150 meters) up into the air.

The event also happened on the same day that SpaceX received a launch license for its Starship tests from the Federal Aviation Administration. Not much was known at the time as to what triggered the explosion. Nonetheless, the follow-ups to the Starship SN4 performed much better.

The Starship SN7 test tank was a deliberate explosion

That is right, the Starship SN7 test tank was deliberately blown up, and the explosion was epic. SpaceX was trying to push its prototype far beyond its limits in June of 2020. Think of the SN7 as a data sacrifice. The information provided by the explosion was another important stepping stone for the aerospace company. During the tests that sparked the explosion, the SpaceX craft was filled with super-chilled liquid nitrogen, to test its ability to hold the super cold propellant during an actual launch, similar to the tests mentioned above.

However, the Starship prototype eventually reached its limit, bursting and spewing white nitrogen clouds onto the surrounding platform.

Interestingly, the SN7 Starship tank did not burst but rather “leaked.” As Musk shared on Twitter, “Tank didn’t burst but leaked at 7.6 bar. This is a good result & supports the idea of 304L stainless [steel] being better than 301. We’re developing our own alloy to take this even further. Leak before burst is highly desirable.”

So what do you think will happen next?

The SpaceX Starship SN8 exploded upon landing after a test flight

The Starship SN8 soared to new heights on December 9 of this past year and ended with a very literal bang. Taking off from SpaceX’s facility near the South Texas village of Boca Chica, SpaceX aspired to launch the prototype 7.8 miles (12.5 kilometers) into the sky. Compared to its previous predecessors, the SN8 was much more complex, featuring three of SpaceX’s next-generation Raptor engines. The rocket was expected to perform some complex aerial maneuvers in the sky, including a belly flop, and then land safely near the launch stand. About 90% of the mission went well.

Standing an impressive 165-foot-tall (50 meters), SN8 appeared to hit all of its intended milestones except when it attempted to land. The SN8 hit its landing mark but came in way too fast, exploding in a dramatic fireball around 7 minutes after liftoff. However, Musk and his team did not see this event as a failure, with Musk immediately tweeting after the event, “Mars, here we come!!”

Musk seemed to be aware of the rocket’s potential fate, previously tweeting that the SN8 had, “just a 1-in-3 chance of landing in one piece”. SpaceX got the data they need from the test to continue working on the Starship program. But, what caused the SN8 to go up in flames? According to Musk, “Fuel header tank pressure was low during landing burn, causing touchdown velocity to be high & RUD, but we got all the data we needed!” Perhaps this explosion will go on to spark more creative innovation from the company.

Not every rocket failure has to go up in literal flames. Despite securing $800 million dollars in funding over the past few years, Northrop announced the cancellation of their OmegA launch vehicle program this year. The vehicle was designed and developed for the sole purpose of challenging the United Launch Alliance and SpaceX for national security space launch contracts. However, the latest series of US Space Force national security launch contracts were awarded to SpaceX and the United Launch Alliance. Before the vehicle’s axing, the rocket was on a path to have its first flight in 2021 of this year.

Northrop Grumman spokeswoman Jennifer Bowman spoke on the decision stating, “We have chosen not to continue development of the OmegA launch system at this time… We look forward to continuing to play a key role in National Security Space Launch missions and leveraging our OmegA investments in other activities across our business.”

The ambitious project OmegA Launch vehicle was going to be a relatively low-cost expendable rocket that utilized solid-fueled first and second stages with a liquid-fueled third stage and the capability to be augmented with additional strap-on boosters. The cancellation is not considered to be a big hit to Northrop Grumman. The company is responsible for the development and production of the Solid Rocket Boosters for NASA’s SLS, as well as ULA’s Atlas V, and their upcoming Vulcan rocket.

Iran’s Zafar- 1 did not make it into orbit.

Iran has been dealing with a series of launch missteps. In 2019, a rocket violently exploded on the pad at Imam Khomeini Space Center, causing the smoke and wreckage to be spotted from space. The 2020 launch was not as dramatic, but nonetheless, it was still not a success. On February 9 of this year, the Defense Ministry space program launched a communication satellite called Zafar 1 atop a Simorgh rocket from their space center in Northern Iran. In short, the Zafar 1 craft didn’t attain the speed necessary to circle Earth after liftoff.

Ahmad Hosseini told Iranian state television. “Stage-1 and stage-2 motors of the carrier functioned properly and the satellite was successfully detached from its carrier, but at the end of its path, it did not reach the required speed for being put in the orbit.”

Nonetheless, Iran did not view this as a failure, but as an important part of its space program development.

We hope to see Iran’s space program continue to advance this year.

Two of China’s Long March rockets failed this past year

China’s Long March 7A rocket and 3B rocket failed to launch during two scheduled flights over a span of about a month. The new Long March 7A rocket mission aimed to put a classified satellite into a geosynchronous transfer orbit. Eventually, China wanted to use the 7A as the main rocket for communications satellite missions. Very little information was provided by Chinese state media on what caused the launch failure.

The Long March 3B carried the Palapa-N1, also known as the Nusantara Dua, a next-generation satellite for broadband and broadcast communications built for the Indonesian joint venture of Indosat Ooredoo and Pasifik Satelit Nusantara. The first and second stages of the three-stage Long March 3B did perform well. However, technical difficulties caused the rocket to fail, destroying the Palapa-N1 satellite and sending the debris back to Earth. The cause of the failure has not been shared with the public.

Virgin Orbit’s air-launched rocket failed to perform during its first launch in May of this year. The test mission dubbed Launch Demo featured Virgin’s LauncherOne rocket and its carrier plane called the Cosmic Girl. Both the LauncherOne and Cosmic Girl have flown together on various tests, however, this is the first time the rocket was fired up during a test. During the May launch, the Cosmic Girl transported the rocket 50 miles (80 kilometers) south of the Channel Islands. Fifty minutes into the flight, the aircraft attempted to drop the LauncherOne, high over the Pacific Ocean.

During this stage of the mission, the LauncherOne is supposed to fire up its first-stage NewtonThree engine for a 3-minute-long burn. However, this did not happen. The aerospace team later reported that an anomaly of LaucherOne’s NewtonThree engine caused the problem. “We’ve confirmed a clean release from the aircraft.

“However, the mission terminated shortly into the flight. Cosmic Girl and our flight crew are safe and returning to base,” said the Virgin Orbit team. LauncherOne maintained stability after release, and we ignited our first stage engine, NewtonThree. An anomaly then occurred early in first stage flight.”

We’ve confirmed a clean release from the aircraft. However, the mission terminated shortly into the flight. Cosmic Girl and our flight crew are safe and returning to base.

This test has not stopped Virgin’s momentum; the company is planning a series of new tests in the coming months.

2021 is going to be another big year for Space travel, with many of the entries mentioned on this list building off of what they have learned this year and using it as a foundation for success. Of course, we are excited to see what SpaceX and Virgin Orbit have up their sleeves, as well as Jeff Bezos’ Blue Origin and Boeing Starliner spacecraft.

Nevertheless, we are interested in what new players will enter the market, how these companies or agencies will use the knowledge we have acquired so far to push us closer as a species to Mars and beyond.