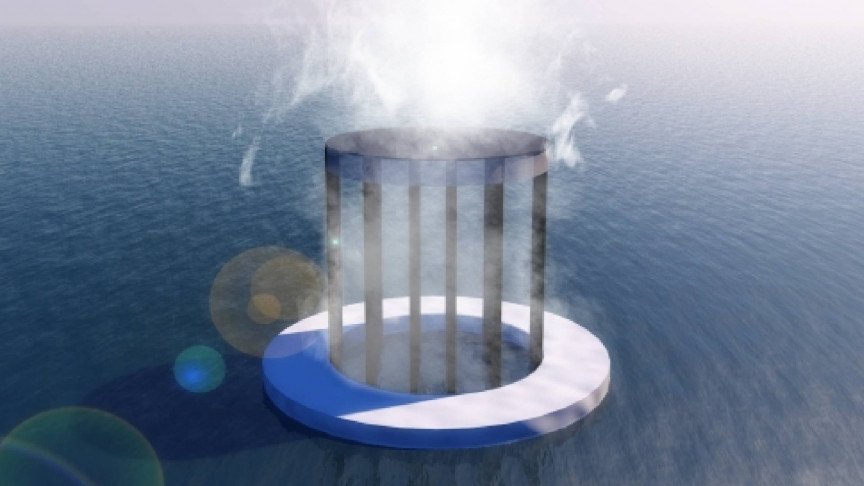 Water. It is essential to all of life, but according to the WWF, some 1.1 billion people worldwide lack access to water, and a total of 2.7 billion find water scarce for at least one month of the year.

In addition, inadequate sanitation, brought on by water shortages, is also a problem for 2.4 billion people making them vulnerable to diseases such as cholera and typhoid fever. What if there was a way to produce clean and safe drinking and bathing water using only sunlight?

“In recent years, there has been a lot of attention on using solar evaporation to create fresh drinking water, but previous techniques have been too inefficient to be practically useful,” Haolan Xu, an Associate Professor at the University of South Australia, said in a statement.

“We have overcome those inefficiencies, and our technology can now deliver enough fresh water to support many practical needs at a fraction of the cost of existing technologies like reverse osmosis.”

Xu and his team have developed a way to collect water that is cost-effective by using sustainable materials and sunlight. To achieve this, they engineered a highly efficient photothermal structure that sits on the surface of a water source and converts sunlight to heat.

“Previously many of the experimental photothermal evaporators were basically two dimensional; they were just a flat surface, and they could lose 10 to 20 percent of solar energy to the bulk water and the surrounding environment,” Xu added.

“We have developed a technique that not only prevents any loss of solar energy but actually draws additional energy from the bulk water and surrounding environment, meaning the system operates at 100 percent efficiency for the solar input and draws up to another 170 percent energy from the water and environment.”

If the invention does prove fruitful, it could change the lives of billions of people worldwide.