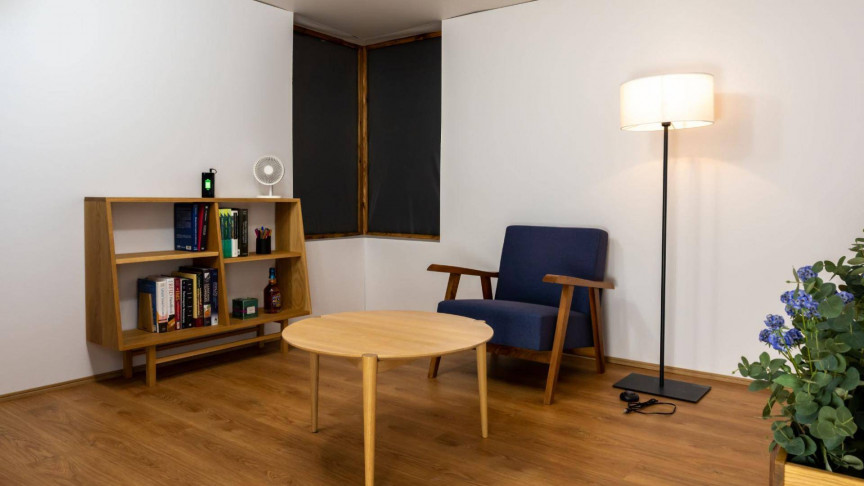 Imagine walking into a room and your phone and tablet automatically charge themselves. Who wouldn’t want that?

Researchers at the University of Michigan and the University of Tokyo developed a system to safely send electricity through the air, delivering 50 watts of power using only magnetic fields.  The project has the potential to help turn entire buildings into wireless charging stations.

“This really ups the power of the ubiquitous computing world—you could put a computer in anything without ever having to worry about charging or plugging in,” said Alanson Sample, University of Michigan professor of computer science and engineering, in a statement.

“There are a lot of clinical applications as well; today’s heart implants, for example, require a wire that runs from the pump through the body to an external power supply. This could eliminate that, reducing the risk of infection and improving patients’ quality of life.”

As such, it’s not just phones and laptops that the new technology could charge but medical devices and robotics, too. The researchers are also working on making it small enough that it could work in a box, charging things as you carry them anywhere you want to go.

Previous versions of this technology existed but made use of potentially harmful microwave radiation. This new version, say the researchers, is perfectly safe.

It’s also easy to install, able to be adapted to new buildings and also retrofitted to old ones.

This is because the new system uses devices called lumped capacitors. These innovations can be placed in wall cavities to generate a powerful magnetic field that can resonate through rooms while trapping electric fields inside the capacitors themselves.

This is a major improvement over other wireless power systems, which were either capable of delivering large amounts of power over a few millimeters or very small amounts of power over long distances. The researchers are now seeking to implement their new system as both a retrofit and new construction in the University of Michigan’s campus.

Unfortunately, however, its real-life applications are years away. Luckily, the team is not the only one working on wireless charging.

Companies like  Wi-Charge, Energous, and Ossia, are developing methods for powering devices wirelessly using safe and efficient infrared technology, bringing us ever closer to this technology becoming a reality. Researchers have gone so far as to conceive of devices that could power electric vehicles while they drive. Indeed, when it comes to charging, the future is looking wireless.