Red Magic 5S to have 320Hz shoulder buttons, cooling add-on as per teasers 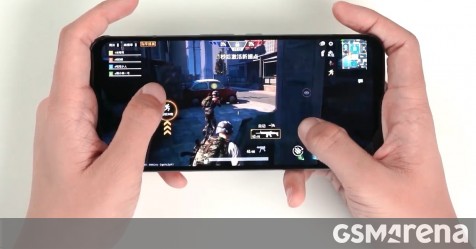 The nubia Red Magic 5S will have a 144Hz screen, same as its predecessor, that screen will feature 240Hz touch sampling rate. But it is not the only way to control games – the phone will also have two touch-sensitive shoulder buttons at your disposal.

Those will be even snappier than the screen as they have a touch sampling rate of 320 Hz. To pull this off, the Red Magic team engineered a dual-IC solution in an industry first. Check out a short demo of the 5S and its shoulder buttons.

Nubia President Ni Fei also shared more details about the first of its kind cooling system that will use silver for its high thermal conductivity. As with previous Red Magic phones, the 5S will have an active cooling in the form of a built-in 15,000rpm fan.

However, the team has also prepared an external add-on – the Wind Cooling Magic Box. It has a larger fan so it can push more air with less noise and it connects to the silver layer inside the phone for optimal heat transfer. 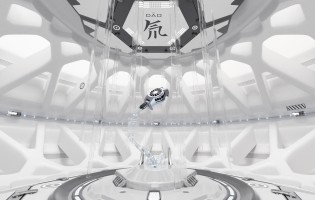 Also, this accessory brings two wired connections – USB-C with 30 W Power Delivery charging and a 3.5 mm headphone jack. These will be easily accessible when the phone is held horizontally.

The 5S will be powered by the Snapdragon 865+ chipset with LPDDR5 RAM and UFS 3.1 storage, plus a patented “Magic Write” technology, which optimizes reads and writes.