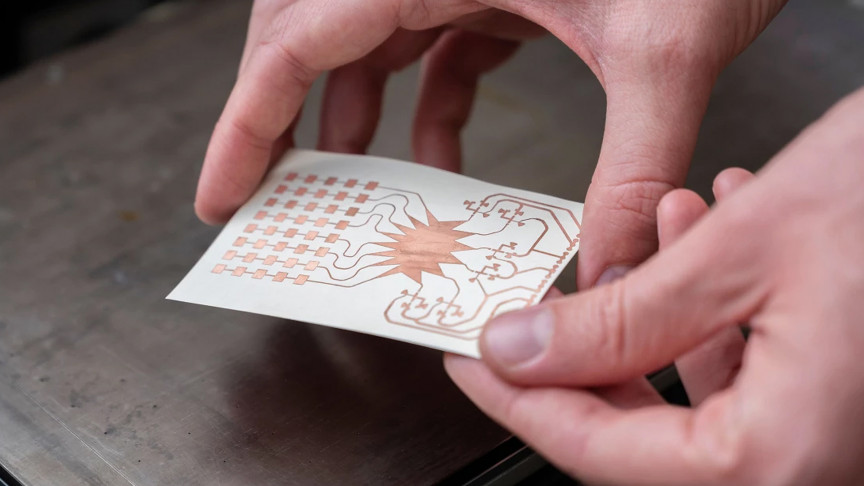 In a world-first, a team of researchers at the Georgia Institute of Technology has developed a small, 3D-printed rectifying antenna that can harvest electromagnetic energy from 5G signals and use it to power devices, in a way turning 5G networks into “a wireless power grid,” according to a press release by the university.

As explained in the Jan.12 issue of the journal Scientific Reports, the flexible Rotman lens-based rectifying antenna, in other words, rectenna, system can perform millimeter-wave harvesting in the 28-GHz band.

A 21-fold increase in harvesting power

Commonly used in radar surveillance systems to see multiple directions without moving the antenna system, the Rotman lens is especially important for beamforming networks. However, larger antennas, which unfortunately have a narrowing field of view, are needed to harvest enough power to supply devices, and this limits the usage.

The researchers solved this problem by using a system that has a wide angle of coverage. The Rotman lens provides 6 levels of view at the same time in a pattern shaped like a spider. By enabling this structure to map a set of selected radiation directions to an associated set of beam-ports, the lens is used as an intermediate component between the antennas and the rectifiers.

This way, the electromagnetic energy collected by the antenna arrays from one direction is combined and fed into a single rectifier. This maximizes efficiency, enabling a system with both high gain and large beamwidth.

The system achieved a 21-fold increase in harvested power compared with a referenced counterpart in demonstrations. It was also able to maintain identical angular coverage.

The researchers used 3D printers to develop the playing card-sized mm-wave harvesters on numerous substrates that are both flexible or rigid.

This new system could enable technologies where 5G acts like “a wireless power grid” for wearable and IoT applications everywhere. “The fact is 5G is going to be everywhere, especially in urban areas. You can replace millions, or tens of millions, of batteries of wireless sensors, especially for smart city and smart agricultural applications,” said Emmanouil M. Tentzeris, Ken Byers Professor in Flexible Electronics in the School of Electrical and Computer Engineering.