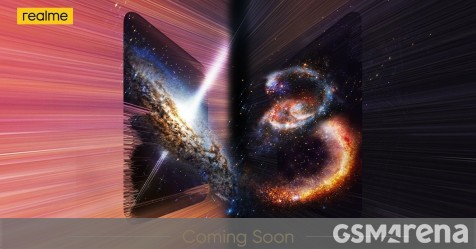 Realme unveiled the X3 SuperZoom last month and now it’s set to announce the vanilla X3 in India. The company hasn’t revealed when it will unveil the X3 and its Indian branch vaguely says the smartphone is “coming soon.”

Destined to get closer to the Xceptional, Xquisite & Xtraordinary, #realmeX3 is on its way.
Coming soon. pic.twitter.com/a9ZMnNVoMb

Realme hasn’t revealed any specs of the X3 either, but Realme’s Indian CEO Madhav Sheth posted a video on Twitter referring the X3 as the company’s “next flagship.” We’ll hopefully get more details about the smartphone as we inch closer to its unveiling.

Over 2 Million users have chosen the realme X Series in India and now it has 3 Million+ satisfied users globally.

Alongside the X3, we also expect the X3 SuperZoom to debut in India. There’s no official word from Realme about the X3 SuperZoom’s Indian debut yet, but a report from last week claimed the smartphone will come to the country on June 26.

You can read our detailed written review of the Realme X3 SuperZoom to know more about it, or watch the video below about its key features.