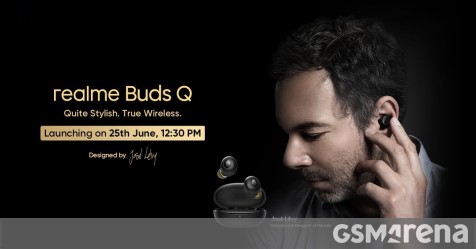 A couple of days ago Realme announced that it will launch the Realme X3 and X3 SuperZoom in India on June 25. Alongside the X3 duo, Realme was expected to bring the Buds Q TWS earphones to India and today the Chinese phone maker confirmed that Buds Q will debut in India alongside the X3 series.

The Buds Q were unveiled last month at an event in China and are the third pair of TWS earphones from Realme in India after the Buds Air and Buds Air Neo. They are designed by Herms co-designer Jos Lvy and pack 10mm large Bass Boost Driver.

The Buds Q are IPX4 certified and each bud weighs just 3.6 grams. Realme says the Buds Q offer 4.5 hours of playback, with the charging case offering a total playback of 20 hours. 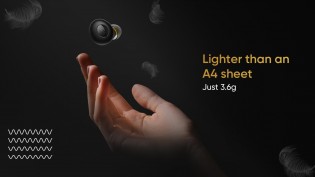 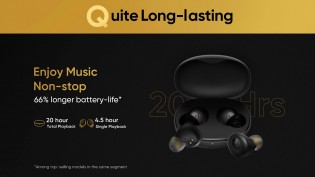 Like the Buds Air and Buds Air Neo, the Buds Q also support touch controls and they will be available in three colors in India – Quite White, Quite Yellow, and Quite Black. The Buds Q also feature Gaming Mode having a low latency of 119ms.

Realme hasn’t revealed the Indian price of the Buds Q yet, that will happen next Thursday, but the company’s Indian CEO Madhav Sheth recently revealed that the Buds Q will be priced under INR2,000 ($26/23) in India.