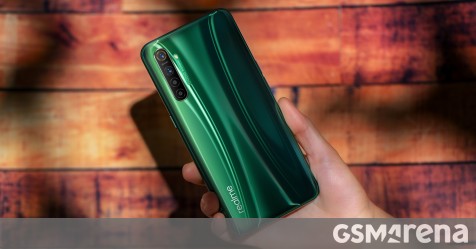 Realme has announced a new memory variant of the Realme 6 in India. It comes with 6GB RAM and 64GB storage and can be purchased from Realme’s official Indian site and Flipkart for INR15,999 ($210/€185).

The company also announced a new memory variant of the Realme X2 in India that was launched in the country last December. The new model comes with 8GB RAM and 256GB storage, which will be available for purchase through Realme’s online store and Flipkart starting July 21. The price of the new model is yet to be confirmed .

The Realme X2 is powered by the Snapdragon 730G SoC and sports a 6.4″ FullHD+ AMOLED display with a fingerprint reader underneath. The smartphone features a 64MP quad camera setup and packs a 4,000 mAh battery that charges at up to 30W.

The Realme 6, on the other hand, has a Helio G90T chipset at the helm and it comes with a 6.5″ FullHD+ LCD and a side-mounted fingerprint reader. The Realme 6 also features a 64MP quad camera setup, but ships with a 4,300 mAh battery with 30W fast charging support.

You can head this way to check out the detailed specs of Realme X2 and Realme 6.