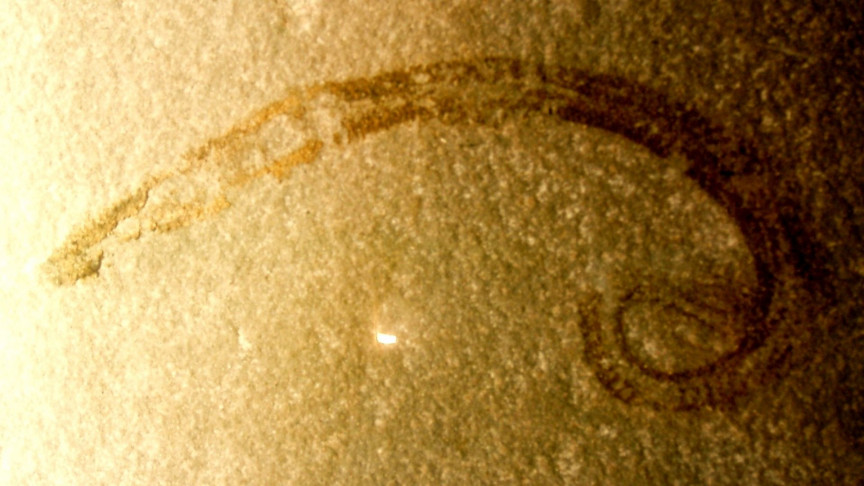 Two ancient nematodes are moving and eating normally again for the first time since the Pleistocene age. The roundworms were found frozen in the Siberian permafrost, and subsequently thawed out and brought back to life in Petri dishes.

These time-traveling creatures are just one example of the power of cryo-conservation – the process of cooling biological materials (organs, tissue, etc.) to low temperatures in order to preserve them.

Let’s take a look at what else the Russian permafrost is capable of preserving.

According to The Siberian Times, Russian scientists “defrosted” and revived two nematodes (AKA roundworms) that had been preserved in the Arctic permafrost for around 40,000 years. The team, who was working in collaboration with Princeton University, found the specimens while analyzing more than 300 soil samples.

The worms were initially stored in a lab at -4 degrees Fahrenheit (-20 degrees Celsius). But were defrosted for weeks in a comfortable 68 degree Fahrenheit (20 degree Celsius) environment. Soon, the nematodes began moving and eating once again.

According to the research paper, one worm came from an ancient squirrel burrow in a permafrost wall of the Duvanny Yar outcrop in the lower reaches of the Kolyma River. The study revealed that this worm is around 32,000 years old. Another worm, which was found in permafrost near Alazeya River earlier in 2015, is around 41,700 years old.

Currently, these two nematodes are the oldest living animals on the planet. Originally, both worms were believed to be female, but one of them turned out to be a triploid, meaning that it has three sets of chromosomes and reproduces by parthenogenesis (monosexual reproduction).

However, some outlets remain skeptical about the claim, citing scientists who believe the worms could have been introduced to the permafrost samples via contamination in the lab. Because nematodes are so common (they’re even found in tap water), it is possible that they were added to the samples accidentally, and actually are not ancient at all.

The frozen Siberian permafrost holds more than just nematodes. It seems to be a treasure trove of well-preserved specimens, including several cave lion cubs. According to The Siberian Times, the now-extinct species was alive during Pleistocene times.

According to Dr. Albert Protopopov, head of the mammoth fauna studies department of the Yakutian Academy of Sciences, “The most important task of this complex research on the cave lion cubs is to restore their appearance. It is still an enigma, in that on hundreds of published drawings of cave lions they are depicted without manes. Yet we notice spots and stripes of pigmentation in that area… which are not seen in modern-day lions. So we are moving towards re-creating the way the cave lions looked.”

Named Sparta and Boris, the cubs were likely each about two to three weeks old when they were left by their mother and the ceiling of their den collapsed, burying them in the permafrost.

Four years earlier, in 2015, scientists had discovered another preserved pair of cave lion cubs. Researchers believe the animals died about 55,000 years ago.

In late 2020, a well-preserved woolly rhino was discovered in Yakutia’s melting permafrost. The rhino has most of its soft tissues still intact, including part of the intestines, making it one of the best specimens of Ice Age animals ever found.

“A small nasal horn has also been preserved — this is a rarity, since it decomposes rather quickly,” Valery Plotnikov, a paleontologist with the Russian Academy of Sciences, said to Yakutia 24 TV.

Scientists were able to date the carcass around 20,000-50,000 years old. Meaning it’s possibly older than a woolly rhino previously recovered in 2014 that was around 34,0000 years old.

The rhino was likely between three and four years old when it died, possibly from drowning.

The Good and the Bad

These discoveries are impressive and could provide information that will help researchers understand the mechanisms of cryo-conservation and shed new light on the evolution of these species.

But it’s important to remember why we’re able to discover these creatures — the climate crisis. Warming temperatures are responsible for melting the permafrost and revealing these animals.

Surprisingly, though, some of these ancient discoveries could actually help combat climate change.

If successful, Dr. Church argues that this creature could help in the conservation efforts of Asian elephants. The research could provide potentially valuable insight into evolution for different climate conditions, which could help researchers to aid wildlife threatened by climate change.

It could also help ecosystems adapt to climate change. The tundra ecosystem that arose after the extinction of large grazing species like the woolly mammoth is now affected by and contributing to climate change. Without large animals to compact and scrape away thick insulating layers of winter snow, extreme winter cold does not penetrate the soil. Combined with significantly warmer summers, it is thought that this is accelerating the melting of the permafrost and the release of greenhouse gases that have been trapped there.

“They keep the tundra from thawing by punching through snow and allowing cold air to come in,” said Church. “In the summer they knock down trees and help the grass grow.”

If the woolly mammoth, or a similar large grazing animal adapted to the cold could be brought back and returned to the tundra, this may help to prevent tundra permafrost from melting, and thus releasing greenhouse gasses into the atmosphere.

Of course, if Church is successful, we’re still years away from seeing mammoth hybrids roam again. Until then, there’s no telling what we might discover as the ice melts, and what we could learn from our icy past.