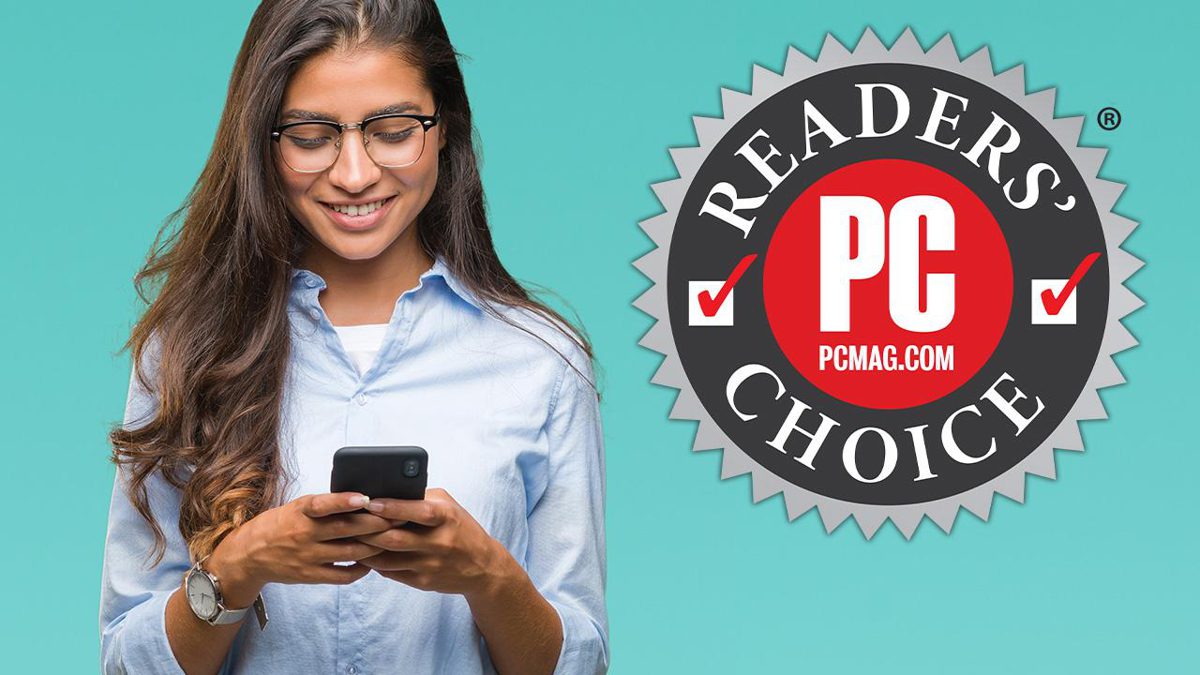 In these turbulent times, we will be more dependent
on our mobile phones than ever to get things done and communicate with friends, family, and
coworkers. Choosing the right phone and carrier can make
for a more pleasant, productive, and reliable experience and even save you
money. But your feedback on our Readers’ Choice surveys shows us that the
companies providing the best products and service are not always the most
well-known. Here are your top picks for 2020.

Apple’s iOS may be ahead when it comes to specific features, but the overall satisfaction and likelihood to recommend with Android make Google’s mobile OS the best choice, according to PCMag readers.

Choosing a smartphone starts with choosing the right mobile
operating system (aka mobile platform). Are you going to choose Apple’s iOS,
which only runs on iPhones, or Google’s Android operating system, which
runs on phones by dozens of different companies? There are strong arguments for
both approaches—at its most basic, Google provides greater choice whereas Apple
offers a more seamless experience—but for the seventh year in a row, the PCMag
Readers’ Choice Award goes to Android.

Android received an overall satisfaction rating of 8.7 on a
scale from 0 (extremely dissatisfied) to 10 (extremely satisfied). This is the
same rating it received last year. Apple improved slightly from an 8.5 in
2019 to an 8.6 this year, making the competition between the two operating
systems tighter than it has been in years. Android’s likelihood to recommend
rating, a very important measure of satisfaction, has been half a point or more
higher than iOS’s the past two years, but that gap has closed as well: Android
received a likelihood to recommend rating of 8.9 this year, down slightly from
9.0 in 2019, whereas iOS improved from 8.5 to 8.7.

We asked respondents several drill-down questions to get a
better understanding of what they like about each operating system. iOS
received higher ratings on seven of these questions; Android was ahead on five.
They tied on two others, but the differences were never more than 0.3 points apart.

When it comes to apps, respondents prefer iOS’s app selection (9.1 to 9.0) and app quality (8.8 to 8.5) over Android but appreciate Android’s
selection of free apps (8.9 to 8.7). iOS also rated better in satisfaction with
messaging, taking photos, and shooting videos, as well as its digital wallet.
On the other hand, Android was rated better for its satisfaction with calendar
management and as Wi-Fi hotspot.

Android and iOS rated 8.4 or better on every satisfaction
question except satisfaction with the built-in personal assistant and
automobile integration, which rated under 8.0 for both mobile operating systems.
Voice control via a personal assistant—Siri in Apple’s case and typically
Google Assistant on Android—is a big part of many users’ smartphone experience:
dictating voice mails, asking for directions, listening to text messages, and
so forth. Android’s personal assistant satisfaction rating was 7.9 to iOS’s 7.6.

About a quarter of iOS respondents said they have Apple
CarPlay integration in their vehicles, which lets them use the vehicle screen
instead of the phone screen while driving. Only about one in eight Android
respondents use Google’s alternative, Android Auto. Satisfaction with CarPlay
was 7.7 to Android Auto’s 7.6. Several respondents commented negatively on both
platforms’ stability issues.

Read our reviews of Android 10 and Apple iOS 13.

This is
the seventh year OnePlus has stood out with PCMag readers
as the best smartphone maker on the market. It provides the features you need and none of the bloatware you don’t, all at a price no one can
complain about (at least not in relation to the over-priced, big-name phone
makers).

Not
surprisingly, most of our survey respondents use Apple and Samsung
smartphones. The two companies make great phones, but you’re doing yourself a disservice if you don’t consider other
companies as well, according to our survey ratings. Neither Apple nor Samsung wins our Readers’ Choice Award for
mobile phones. Instead, for the third year in a row, the award goes to OnePlus,
the little Chinese phone manufacturer that could.

OnePlus, which has also won several Editors’
Choice awards from PCMag’s expert analysts, has long focused on building
affordable Android-based phones with great specs and speed while not
overloading the phone with features you don’t need. Here’s a sampling of the
comments we got from our survey respondents:

OnePlus earned the highest ratings in our survey on nearly
every question for which it had at least the requisite minimum of 50 responses. The only questions in which it did not come out on top were
satisfaction with shooting video (8.8, tied with Apple but slightly behind
Google’s 9.0), and satisfaction with the personal assistant (8.5 to Google’s
8.6). It’s worth noting that both OnePlus and Google use Google Assistant as
their standard personal assistant.

Equally impressive for OnePlus: its ratings were 9.0 or
better on nearly every rating including overall satisfaction (9.2) and
likelihood to recommend (9.4), both of which improved from last year. OnePlus
also earned ratings of 9.4 for satisfaction with setup, reliability, and ease of
use. The company scored a 9.3 for satisfaction with cost/value, far ahead of
Samsung’s 7.6 and Apple’s 7.1, because people like expensive hardware but still
hate the price.

Were it not for OnePlus’ impressive results, we’d have a
three-way tie for Readers’ Choice between Apple, Google, and Samsung, all of
which received excellent overall satisfaction ratings of 8.8. Apple and Samsung
had a likelihood to recommend rating of 8.9, just ahead of Google’s 8.8. iPhones
received the highest marks on a few measures: satisfaction with messaging (9.2)
and taking photos (9.0), both tied with OnePlus, and satisfaction with
technical support (8.5, tied with Google). Aside from the areas already
mentioned, where Google had the best numbers, Google also led in satisfaction with
digital wallet (8.8) for Google Pay and satisfaction with repairs (7.8).
Interestingly, Samsung did not lead on any measure, but was generally
close to the best in most areas.

We asked owners of Apple, Google, and Samsung phones which
specific model they used. The highest rated smartphone was Apple’s large,
tri-lensed iPhone 11 Pro Max, which received an overall satisfaction rating of
9.3 and a likelihood to recommend rating of 9.5. The phone, which was released last autumn, earned its highest ratings for satisfaction with ease of setup
(9.6), taking photos (9.6), and shooting video (9.6).

Winner: CONSUMER
CELLULAR
Another lucky
year-in-a-row winner, the senior-focused Consumer Cellular continues to provide
exactly what customers want: killer coverage and great customer service at
prices they can afford. It’s really all anyone would want from a mobile
provider.

Our PCMag Readers’ Choice Award winner for mobile carriers
is Consumer Cellular, which wins the award for the seventh straight
year. Consumer Cellular is a Mobile Virtual Network Operator (or MVNO for short), which means that it uses the mobile network of another provider. MVNOs offer
service on one or more of the big four mobile networks: AT&T, Sprint,
T-Mobile, or Verizon Wireless. (A couple also add US Cellular.) As in past
years, PCMag readers who have switched to an MVNO tend to be much more
satisfied with their service than those who have kept their account with a Big
Four provider.

Consumer Cellular, which lets people use either
AT&T or T-Mobile’s network, earned an overall satisfaction rating of 9.2,
the highest in our survey. The company, which tends to focus its marketing on older Americans,
sells value and great customer service and our survey respondents said it delivers. Many comments were like this one, “Fantastic customer service,
excellent value.” Consumer Cellular received a rating of 9.2 for
satisfaction with fees and 9.1 for satisfaction with support.

Google
Fi (9.0) was the only other provider that had an overall satisfaction
rating of 9.0 or better. Google uses Sprint, T-Mobile, and US Cellular’s
networks. Unlike other MVNOs, Google Fi users with the right phones, such as
Google’s Pixel phones, can switch between networks automatically to get the
best possible coverage. Other MVNOs may offer multiple networks but each phone’s
SIM card is limited to a single network. Google’s approach is innovative and
its satisfaction with coverage ratings were second only to Consumer Cellular’s. Several
respondents noted that they chose Google because it lets its customers use data
when they travel internationally without any additional charges.

T-Mobile was the only major network provider with consistently
good ratings. While it couldn’t compete with the top MVNOs, all of T-Mobile’s
ratings aside from satisfaction with coverage outside the home area (7.9),
rated 8.0 or better. T-Mobile’s 8.3 rating for satisfaction with fees is low
compared to the MVNOs but substantially better than its three biggest
competitors. AT&T and Verizon had dismal ratings of 6.1 for satisfaction
with fees while Sprint was barely better at 6.5. T-Mobile’s satisfaction with
customer support (8.6) is very good and only trailed Consumer Cellular and
Google Fi.

Read our full survey scores below.

The PCMag Readers’ Choice survey for mobile operating
systems, smartphones, and carriers was in the field from February 17, 2020, to March
9, 2020. For more information on how our surveys are conducted, read the survey methodology.