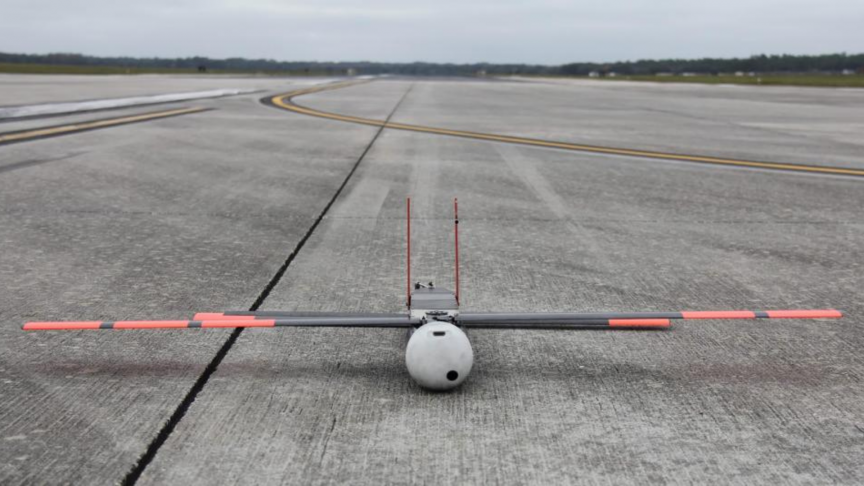 Drone swarms are the latest threat that countries are preparing against. Recently, we reported how France plans to use a laser-based system to bring down drones. US missile manufacturer Raytheon has now revealed, in a press release, that its Coyote drone can also use a ‘non-kinetic warhead’ to bring down drones.

Raytheon’s Coyote is a small missile-like drone that can be launched from tube systems. Its payloads can be easily interchanged on the field making it versatile for surveillance as well as strike operations. Small and expendable, Coyotes can also be used in swarms like the US Navy plans to use them in their LOw-Cost Unmanned aerial vehicle Swarming Technology (LOCUST) program.

The US Army, however, plans to use them to counter drones.

Raytheon developed an upgraded version, called Coyote Block 2, it has a rocket booster and a small jet engine providing better thrust and maneuvering capability. As a counter-drone measure, the Coyote Block 2 would simply hit the target and smither it to pieces.

For the recent demonstration at the Yuma Proving Ground in Arizona, Raytheon demonstrated the Coyote Block 3 drones that are designed to be reusable and reduce the collateral damage in anti-drone missions. The drone uses a ‘non-kinetic effector’ to neutralize enemy drones.

During the recent test, the drone engaged with a swarm of 10 drones of different sizes and capabilities and brought them down successfully. It was the first time a drone affected a mid-air non-kinetic defeat, claims the company. The Block 3 drone can be used with a Block 2 launch system even though it boasts improved range and communication capacities. The team also demonstrated the recovery and reuse of the drone during the same event, making it effective for use in real-time events.

The company claims that the test brings the drone a step closer to deployment. “This test demonstrates the effectiveness of Coyote to counter complex, unmanned aircraft systems,” Tom Laliberty, vice president of Land Warfare & Air Defense at Raytheon Missiles said in the press release. “As a non-kinetic variant, we’re offering an effective weapon against the threat and value to the Army in the form of an affordable, reusable asset.”

While the company has not revealed details of the ‘non-kinetic effector used by its drone, it is likely that the system uses a jammer like the one used by this mounted counter-drone system, tested by the US Navy earlier this month. Alternatively, it could also be a microwave weapon, that the US has allegedly been on the receiving end of.