Quantum tornadoes? MIT physicists have made “a breakthrough” 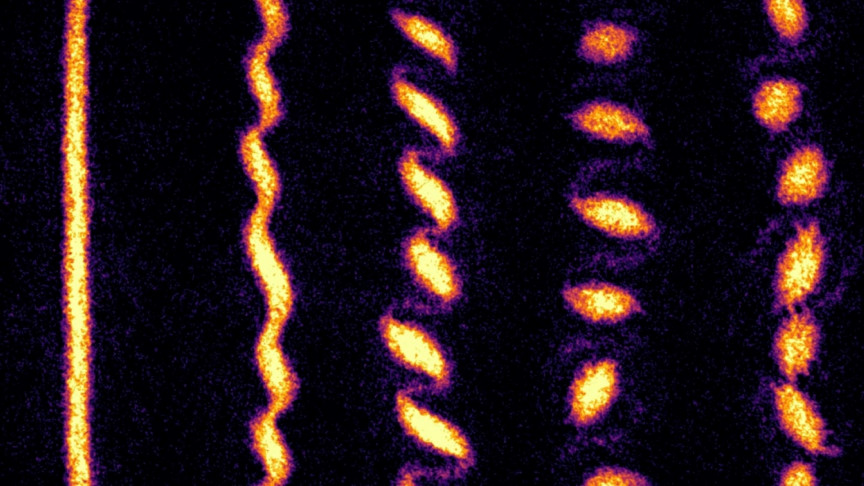 Physicists at the Massachusetts Institute of Technology have announced a breakthrough in their research of quantum physics.

According to a study published last month in the journal Nature, they have observed the moment in which ultra-cold atoms switch locations with one another. The study conducted by the MIT team discovered that the movement of changing locations has led to the formation of so-called  “quantum tornadoes.”

To realize the awesome nature of this discovery, one will remember that two laws of physics govern the universe: classical physics and quantum physics. Classical physics govern our movements, pace, and location, all based on the law that we can only be in one place at any one time. Meanwhile, in quantum physics, particles may exist in numerous places simultaneously. These particles can tunnel through obstacles and immediately communicate information across great distances.

“This evolution connects to the idea of how a butterfly in China can create a storm here, due to instabilities that set off turbulence,” explains Martin Zwierlein, an author on the research paper. “Here, we have quantum weather: The fluid, just from its quantum instabilities, fragments into this crystalline structure of smaller clouds and vortices. And it’s a breakthrough to be able to see these quantum effects directly.”

During the process of rotation, the round cloud of atoms is placed into an electromagnetic trap and eventually turns into a thin, needle-like structure. Afterward, the needle split into a crystalline structure, resembling a string of small quantum cyclones, at the point classical physics become inhibited, leaving only interactions and quantum rules to lead the atoms’ activity.

Richard Fletcher, an assistant professor of physics at MIT and an author on the paper, explains in a statement that “crystallization is driven purely by interactions, and tells us we’re going from the classical world to the quantum world.” This shift is significant since some things that seem impossible to our everyday understanding of the world could be perfectly possible in quantum physics.

How this discovery can be used — This research has some potential for practical applications, such as inertial sensors of submarine navigation. Submarines use fiber optic gyroscopes in order to detect rotational movement when they are submerged, and this produces a telltale interference pattern. Since atoms move slower than light, a quantum-tornado sensor could even be sensitive enough to measure very slight changes in the Earth’s rotation.

Study abstract from the journal Nature:
The dominance of interactions over kinetic energy lies at the heart of strongly correlated quantum matter, from fractional quantum Hall liquids, to atoms in optical lattices and twisted bilayer graphene. Crystalline phases often compete with correlated quantum liquids, and transitions between them occur when the energy cost of forming a density wave approaches zero. A prime example occurs for electrons in high-strength magnetic fields, where the instability of quantum Hall liquids towards a Wigner crystal is heralded by a roton-like softening of density modulations at the magnetic length. Remarkably, interacting bosons in a gauge field are also expected to form analogous liquid and crystalline states. However, combining interactions with strong synthetic magnetic fields has been a challenge for experiments on bosonic quantum gases. Here we study the purely interaction-driven dynamics of a Landau gauge Bose–Einstein condensate in and near the lowest Landau level. We observe a spontaneous crystallization driven by condensation of magneto-rotons, excitations visible as density modulations at the magnetic length. Increasing the cloud density smoothly connects this behaviour to a quantum version of the Kelvin–Helmholtz hydrodynamic instability, driven by the sheared internal flow profile of the rapidly rotating condensate. At long times the condensate self-organizes into a persistent array of droplets separated by vortex streets, which are stabilized by a balance of interactions and effective magnetic forces.