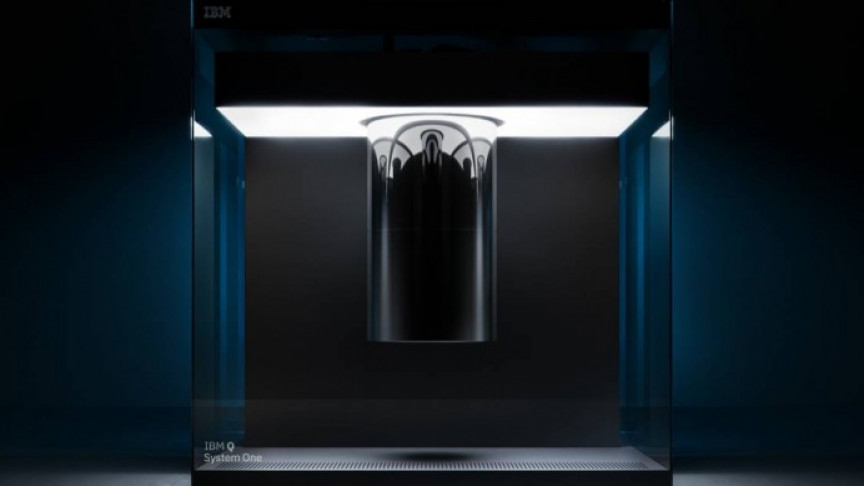 Quantum computing (QC) has been sitting on the “revolutionary technology fence” for the past five to ten years. The current iterations, though still not at the technology’s peak potential, are still impressively powerful.

The year 2019 saw the development of Google’s 53 qubit quantum computer, a device capable of providing solutions to complex problems in around three minutes. This may not sound that impressive. However, once you take into consideration that these same calculations would have taken a non-quantum computer around 1,000 years to complete, you begin to understand quantum computing’s power.

Companies, both large and small, are investing vast amounts of resources in the development of quantum computers, with many arguing it could be the next big thing in the tech world. By 2025, some estimates have the quantum computing market slated to reach a valuation of $770 million. Between 2017- 2018 quantum computing experienced a “quantum gold rush” with investors pouring $450 million into quantum computing. As disruptive technology continues to mature, its incredible computing power could be used to discover life-saving drugs, develop new materials, build more efficient devices, invent financial strategies, etc.

So yes, quantum computing could be used to solve a lot of complex problems. However, a range of hurdles needs to be overcome before it can finally leap into revolutionary technology territory. Thankfully, there are companies pushing us closer to hopping the fence.

They are the quantum analog of the 1’s and 0’s found in our computing devices. Because of the quantum properties of these qubits, they can simultaneously represent both 1 and 0. This is what gives quantum computers far more computing power than a traditional computer.

For example, a 50 qubit computer has the processing power to make 1,000 trillion calculations at once. Even the world’s biggest supercomputers cannot do that. So, why are we not rushing out to build 100, 500, or even 1,000 qubit quantum computers? The issue is scalability.

Qubits are fragile; any imperfection or source of noise in the system can cause errors that lead to incorrect solutions under a quantum computation. That’s why quantum machines need to be carefully shielded in isolated environments operating at super-cold temperatures. While a framework for correcting quantum errors has been developed, it is energy and resource intensive, and poses significant engineering challenges.

This is why scaling up quantum computers to move beyond their current rudimentary stage is no easy feat. It is a balance, as a qubit scale and errors play directly off each other.

Companies like Microsoft have outlined the challenges and steps needed to bring quantum computing into maturity. At the same time, IBM has recently announced plans to have a 1,000-Qubit Quantum Computer by 2023.

Start-ups are working to bring quantum computing into maturity

Smaller companies like Qblox are working on providing massively scalable control architecture for up to 100 Qubits. Their recent Cluster series, set to debut this year, is modular 19″ rack system that has the capacity to control up to 20 qubits from a single device.

Their Qblox cluster also tackles other relevant quantum computing problems, like improving the quality of qubits and operations and finding ways to utilize quantum error correction and error mitigation strategies. Successfully confronting these challenges could change quantum computing forever. There are companies big and small working on their own internal and commercial versions of quantum computers.

Quantum computing technologies are making their way into the aerospace industry to tackle a wide range of complex industry problems. Companies like Airbus have placed big bets on QC since the beginning of 2015. Rather than create their own quantum computer, they have attempted to adapt existing quantum computers to help handle and store large amounts of data, including sorting and analyzing images streamed by satellites.

They are even using the novel technology to explore and even create brand-new, ultra-durable materials for aircraft. Airbus even recently launched a contest for quantum computing-driven solutions to tackle wingbox design optimization and wingbox computational fluid dynamics issues.

Quantum communication networks are not too far off into the future

In early 2017, the telecommunications company AT&T announced that it would be partnering with the California Institute of Technology to create its own quantum networking technology. Though many believe a quantum network is closer to science-fiction than reality, recent breakthroughs in transmitting, storing, and manipulating quantum information have convinced some physicists that a simple proof of principle is imminent. In 2020, a hybrid quantum network was demonstrated for the first time.

Quantum networks would offer us an unprecedented amount of security and speed. In 2017, the telecommunications company and NASA’s Jet Propulsion Laboratory, and the US Department of Energy started constructing a quantum network hosted at Fermilab in Batavia, Illinois.

Quantum algorithms could make their way into machine learning, boosting intelligent machines’ learning abilities. This will eventually lead to improvements in development, better prediction techniques, and higher overall “intelligence.” However, we will not have super intelligent machines yet.

“Quantum machine learning can be more efficient than classic machine learning, at least for certain models that are intrinsically hard to learn using conventional computers,” says Samuel Fernández Lorenzo, a quantum algorithm researcher. “We still have to find out to what extent do these models appear in practical applications.”

The process of developing a new drug can be extremely cumbersome. To create an effective drug, chemists need to evaluate the interaction between molecules, proteins, and chemicals to see if medicines will improve certain conditions or cure diseases.

This process currently takes a fairly long time. However, with the computing power of a quantum computer, researchers could review multiple molecules, proteins and chemicals simultaneously, or at a much faster rate than currently. This could make it possible for chemists to determine viable drug options much more quickly.

The challenges and hurdles mentioned above are just some of those that are holding quantum computing technologies back. Google currently leads the world in quantum processing power, with IBM expected to release a 127 qubit computer as early as next year. Younger companies like Qblox are pushing the industry forward offering innovative solutions to these challenges. It will be interesting to see where quantum computing will be within the next decade and how it will be used.

By the way, have you ever played quantum chess?