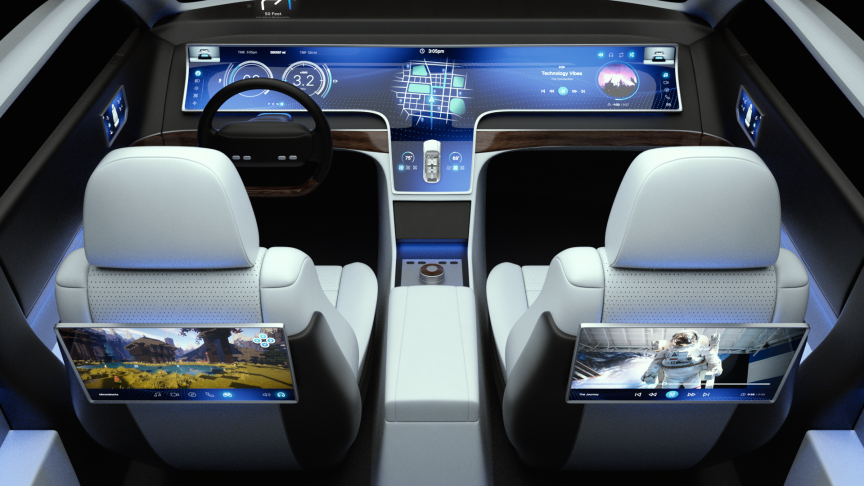 Qualcomm’s new initiatives will be in the spaces of: next-generation ARM PCs, the metaverse, wireless fiber, Advanced Driver-Assistance Systems (ADAS), and virtual and augmented reality (VR/AR).

1. Qualcomm Snapdragon in ARM PCs – while ARM-based devices are primarily mobile devices, Amon described the transition to ARM-based PCs as, “inevitable”. He announced that Qualcomm is currently partnering with PC makers Acer, Microsoft, Lenovo, HP, and Asus to create these new PCs.

2. Augmented and Mixed Reality (AR/MR) – Amon announced that Qualcomm is working with Microsoft to create custom chips that will control augmented reality glasses for use with metaverse apps. The collaboration will include Microsoft Mesh, which allows a holographic likeness of one user to be beamed onto another user’s headset, making it feel like both users are in the same room.

3. Wireless Fiber – Amon described how Qualcomm views itself as a universal, last mile provider utilizing both 5G and millimeter wave technology to allow direct broadband access alongside Wi-Fi. Besides television streaming, games will increasingly be streamed, and this will require low latency. Qualcomm can provide record speeds for uplink capabilities.

Currently, Qualcomm is partnered with AT&T to provide direct broadband access that will connect both homes and offices. This will make private networks possible within an office, a building, or a home. Within those spaces, all devices will be connected, cloud data will be available to all devices, and on-demand computing will be done via the cloud.

4. Automotive – the largest Qualcomm initiative appears to be in the automotive sector, specifically 21st century vehicles. By putting Qualcomm Snapdragon Cockpit chips into vehicles, automakers will be able to remotely update in-car systems over the lifetime of the vehicle.

Amon announced that much like automakers create a physical automobile chassis, Qualcomm is creating an open, upgradable, customizable, digital “chassis” that will scale all the way from entry-level vehicles to premium cars. Besides this digital “chassis”, the Snapdragon Auto Connectivity Platform will create a digital cockpit, providing an immersive driving experience that includes infotainment, video, audio, and even a car ceiling display.

Amon announced that Qualcomm is partnering with Swedish carmaker Volvo, and Qualcomm’s presentation included a video from Volvo’s Chief Product Officer, Henrik Green. Green announced the inclusion of Qualcomm products in Volvo’s upcoming cars, including its electric SUV. This will allow hands-free use of Google Assistant, and navigation with Google Maps.

Besides Volvo, Qualcomm is also partnering with Honda Motor Co. Ltd. on an advanced infotainment system and AI. Honda cars with this new system will become available during the second half of 2022.

5. Snapdragon Ride Vision System – is a platform for Advanced Driver-Assistance Systems (ADAS). Carmaker BMW selected Qualcomm for its ADAS system, and it will become available in 2024. Besides, BMW, Qualcomm is also partnering with Renault SA, and Qualcomm’s presentation included a video from Renault’s CEO, Luca de Meo.