Portable Wind Turbines Could Soon Light Up Our City Spaces 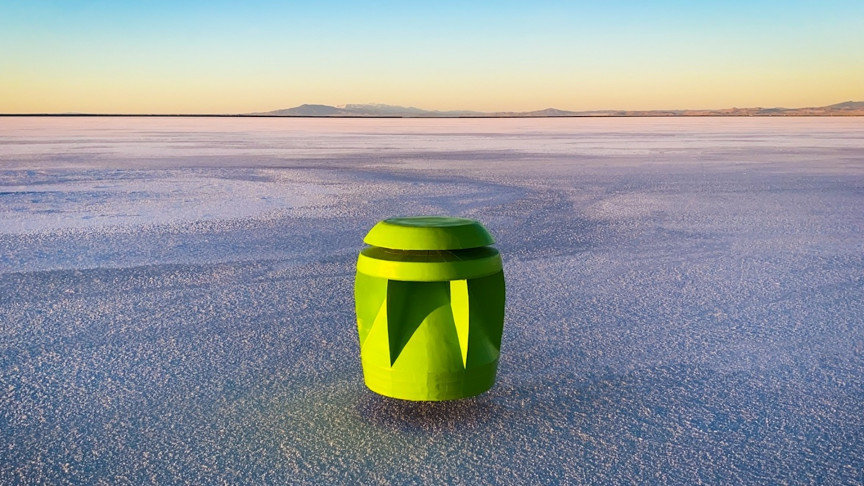 A Salt Lake City-based startup, Halcium, is working on the Powerpod, a technology it has dubbed the “safest, most powerful wind turbine in the world.”

The Powerpod is cheaper than solar panels and more efficient in places that get less than 300 days of sun a year, Nick Hodges, the company’s founder, explained to Euronews.

When developing their portable wind turbine, Halcium wanted to create a machine that fits seamlessly into the urban space and wouldn’t be criticized as an eyesore — as is often the case with regular wind turbines in the countryside.

The company developed a portable machine that resembles a dustbin, in form and size. The Powerpod can sit on any stable surface in order to generate electricity, meaning that, in theory, it could become as ubiquitous as the dustbin in cities.

In order to efficiently generate renewable energy, the Powerpod captures air before funneling it through a small airway that speeds it up before it reaches the circular blade inside.

As wind speed is increased by the machine’s design, there is no need to mount the Powerpod’s circular blades on tall poles.

Halcium also says that the machine is safe for public spaces as there are no external moving parts and the circular blade is held inside a plastic enclosure.

The shape of the plastic casing also means that the Powerpod can capture wind from multiple directions at once, unlike regular wind turbines.

Powerpod says that production is still very much in the early stages, and it is currently looking for financial backers.

“I’d like to produce as many as can be sold. Every unit reduces dependence on dirty energy, which is my overall hope,” Hodges told Euronews.

The system could be used in public spaces as well as on private property, and could eventually make a handy, quick addition for those building systems enabling them to live off the grid.

Halcium’s creation joins a list of impressive mini wind turbine designs — such as this design that harnesses the power of traffic — that could revolutionize the way we generate energy in the future.