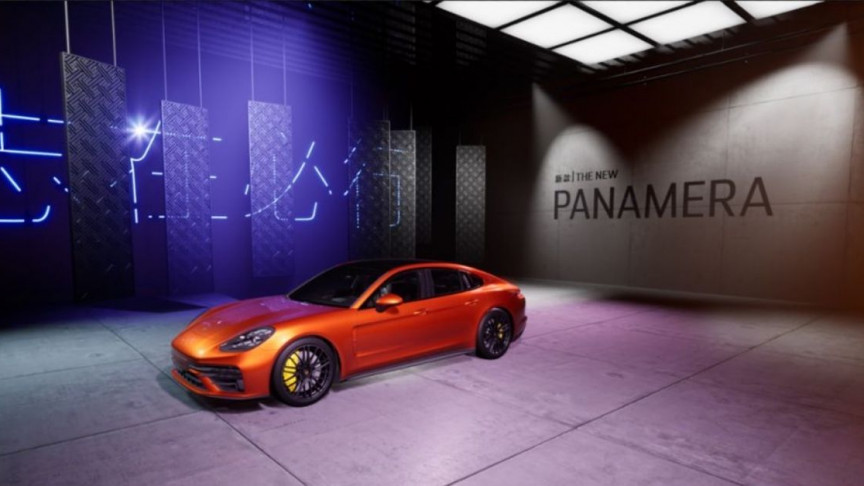 As the show was pushed back from its original spring slot to this weekend with reduced in-person capacity due to the COVID-19, Porsche has gone all out with its first-ever virtual exhibition at the show.

Anyone can use their smartphone to check out the virtual Porsche exhibition stand which is showing the Panamera Turbo S, Taycan Turbo S, and Porsche’s 99X Electric Formula E car.

“Using sophisticated gaming technology as the inspiration, the cars can be viewed against realistic backdrops – for example, the Taycan Turbo S is displayed in a virtual Chinese garden,” Porsche explained in a press release.

The exhibition is available in Chinese and English and no download is necessary — the online stand is easily accessible via this link.

Speaking of the Panamera Turbo S, which can be viewed in all of its virtual glory online, as well as physically for in-person attendees, Porsche says that “the new top-of-the-range model betters the performance figures of the previous Panamera Turbo by a wide margin.”

The Panamera Turbo S, one of the stars of the Beijing Auto Show, has 620 HP and 607 lb-ft of torque thanks to new turbochargers, pistons, and rods, amongst other features. That’s up from 550 HP and 567 lb-ft of torque in the previous model.

The new hybrid vehicle also, impressively, reaches 60 mph (100 km/h) in 2.9 seconds, thanks to its 4.0-liter twin-turbo V-8 engine. For an idea of what the virtual showroom floor looks like, have a look at the video below.