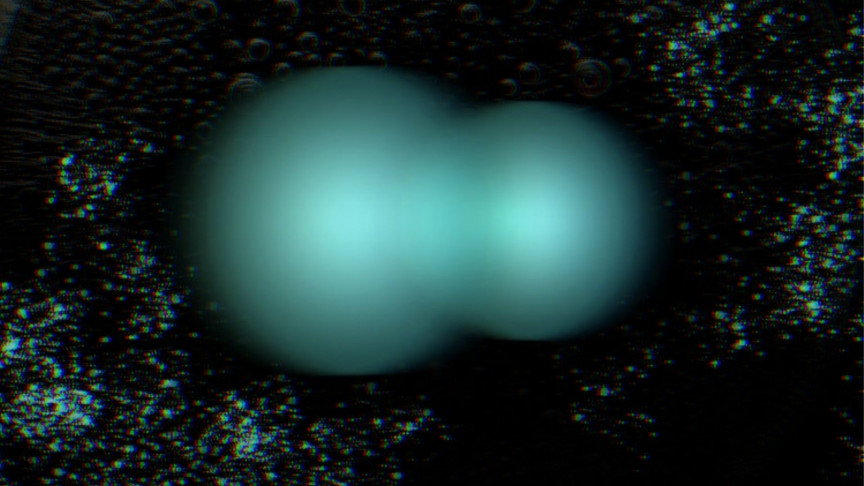 A team of physicists from the Massachusetts Institute of Technology (MIT) has discovered a hybrid particle that could pave the way for smaller and faster electronic devices in the future.

The hybrid particle, which was found to be a mashup of an electron and a phonon (a quasiparticle formed by vibrating atoms in a material), was detected in a strange, two-dimensional magnetic substance.

Probably the most intriguing aspect of the discovery, however, is that when the scientists measured the force between the electron and phonon, they saw that the glue, or bond, was 10 times stronger than what had previously been estimated for other known electron-phonon hybrids, according to the study which has been published in the journal Nature Communications.

The researchers detected the hybrid particle in nickel phosphorus trisulfide (NiPS3), which is a two-dimensional material with magnetic characteristics that has recently sparked an interest. In order to deduce the interactions of different particles within the material, they used an ultrafast laser that emits light pulses lasting only 25 femtoseconds and pointed at a sample of NiPS3.

When magnetism was turned on, the hybrid particle could only be seen below a certain temperature. And the strong bond they’ve seen and measured suggests that the electron and phonon “might be tuned in tandem.” This implies that any change in the electron has an impact on the phonon, and vice versa. For example, applying voltage or light to the hybrid particle would stimulate the electron as it typically would, as well as alter the phonon, which influences the structural or magnetic properties of the material. And such dual control could allow scientists to alter not only a material’s electrical properties but also its magnetism by applying voltage or light to it.

“Imagine if we could stimulate an electron, and have magnetism respond,” says Nuh Gedik, professor of physics at MIT, in the press release. “Then you could make devices very different from how they work today.”

The possibilities are truly limitless, because if these qualities could be managed, maybe through the newly discovered hybrid particles, the material could be employed as a new form of magnetic semiconductor one day. This would allow for smaller, faster, and more energy-efficient devices, potentially heralding a new era for electronics.