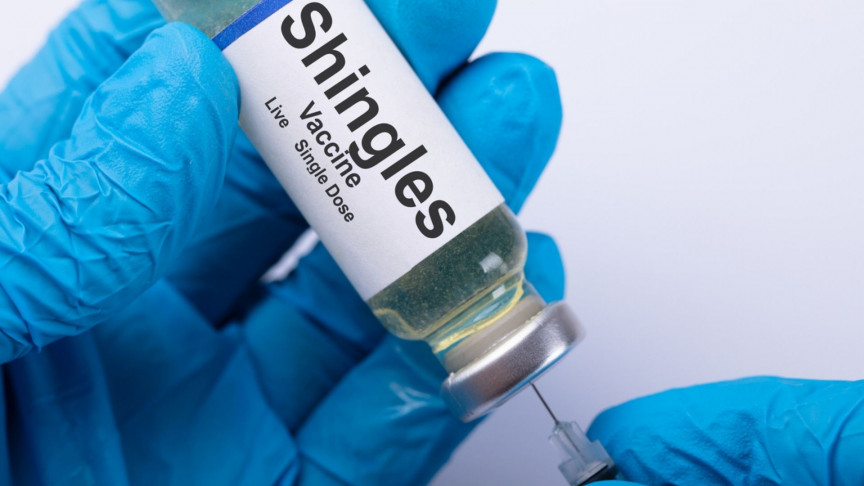 After co-developing the world’s first mRNA vaccine to combat COVID-19 and providing humanity with a game-changing tool to help address the most devastating pandemic in a century, Pfizer Inc. and BioNTech SE are teaming up once more to create a vaccine using the same technology for shingles, also known as herpes zoster, which is a debilitating and painful disease that affects about one in every three people in the United States.

An estimated 1 million people develop shingles each year in the country, according to the Centers for Disease Control and Prevention, and a viable vaccine could change the course of the disease swiftly.

If you’ve ever had chicken pox, or the varicella-zoster virus, this would mean you’re at risk for shingles. The disease is most common in older adults who had chicken pox as children, and it’s distinguished by a severe rash that usually clears up within a month but can occasionally cause nerve pain that lasts much longer.

“The collaboration aims to develop a new mRNA-based vaccine against shingles, leveraging the expertise and resources of both companies,” said Ugur Sahin, M.D., CEO and Co-Founder of BioNTech. “Adults aged 50 years and older, as well as vulnerable populations like cancer patients, are at an increased risk of shingles. Our goal is to develop an mRNA vaccine with a favorable safety profile and high efficacy, which is at the same time more easily scalable to support global access.”

The mRNA-based shingles vaccine, which will combine Pfizer’s antigen technology and BioNTech’s mRNA platform technology, is expected to start clinical trials in the second half of 2022. If it’s deemed to be safe and effective, it’ll compete with GlaxoSmithKline’s two-dose vaccine Shingrix, which was approved by the U.S. Food and Drug Administration in 2017.

This is the third collaboration between the companies, following an influenza vaccine collaboration in 2018 and again in 2020 for the COVID-19 vaccine. “With this agreement, we continue on our journey of discovery together, by advancing mRNA technology to tackle another health challenge ripe for scientific innovation, supported by our world-class manufacturing network,” said Mikael Dolsten, Chief Scientific Officer of Pfizer.