People in the Bronze Age Used Scrap as Money 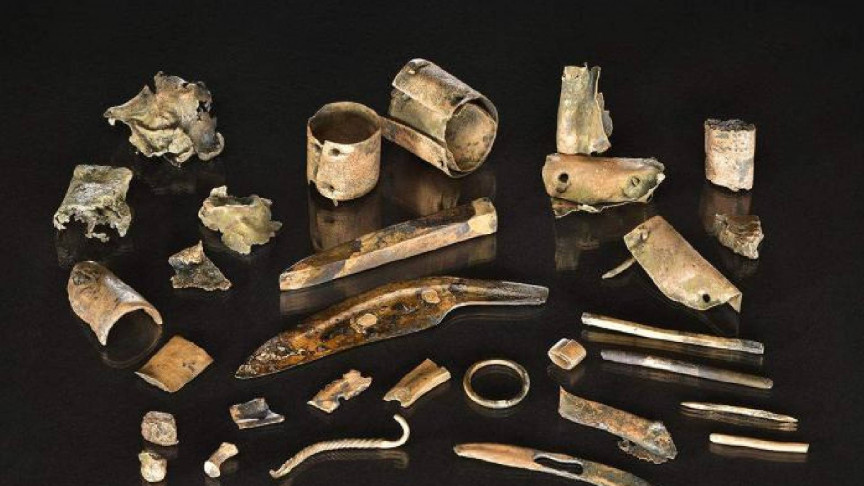 A new study is shedding light on how people living in the Bronze Age managed their finances before money became widespread. The research is revealing that they used bronze scrap to trade goods.

“There was nothing ‘primitive’ about pre-coinage money, as money before coins performed exactly the same functions that modern money does now,” explained in a statement Dr. Nicola Ialongo at the University of Göttingen’s Institute for Prehistory and Early History.

“Using these metallic scraps was not an unexpected development, as it is likely that perishable goods were used as currency long before the discovery of metallurgy, but the real turning point was the invention of weighing technology in the Near East around 3000 BC. This provided, for the first time in human history, the objective means to quantify the economic value of things and services, or, in other words, to assign them a price.”

The news is not surprising. Throughout time people have used all kinds of alternatives for paying for goods.

For instance, in medieval England, people used to pay their rent in eels. Meanwhile, in China, during the Zhou dynasty, between around 700 and 250 BC, knives made from materials like copper, lead, and tin was used as a form of currency.

Salt was also used as money in the Roman Empire and that is actually where the word salary comes from (salarium in Latin). Sperm whale teeth were used as currency in the island of Fiji back in the 1700s. Called “Tabua”, these teeth were seen as a great symbol of wealth.

When you take into consideration these strange forms of payment, bronze scrap seems a lot closer to today’s currency.  The question then becomes: where are we heading in terms of currency? Cryptocurrency is seeing a rise in popularity and seems promising for becoming the next main form of currency especially with societies increasingly going cashless.