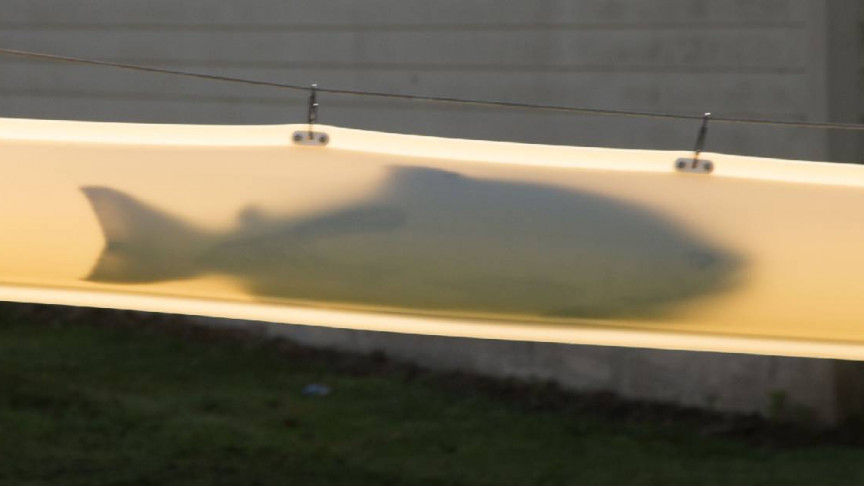 It’s not common knowledge, but fish in rivers often get stuck because of barriers such as dams. This might seem like a small deal but it actually interferes with the fish’s reproduction cycles by thwarting their attempts to migrate to spawn. This leads to significantly reduced fish populations.

Now a Seattle-based company has invented not one but two technologies for helping fish get across barriers safely and smoothly. The company is appropriately named Whooshh Innovations and their products are called the Salmon Cannon and the Passage Portal.

The first of the company’s inventions actually led to the second explained to IE Whooshh Innovations CEO Vincent Bryan III.

“The “salmon cannon” is a hand-load system, and therefore was never intended to help fish over a dam, but rather to assist operators and biologists who had a need to handle fish, and then transfer them to get the fish into a truck or when handling/transferring in hatchery and aquaculture operations.  It assumes that the person handling the fish is doing any required sorting,” said Bryan.

“Once the core transport technology was proven safe for the fish, Whooshh Innovations improved upon the design of the original “salmon cannon” by inventing its automated successor that requires no human handling, known as the Whooshh Passage Portal™. “

The Whooshh Passage Portal™ is volitional, meaning that the fish are attracted to and then swim into its entry on their own. It can work with obstacles of any height, as well as with most species of fish. If you are wondering if the fish feel that they are being transported, the answer is that they do not.

“From the fish perspective it is an uneventful swim-in, slide, glide, and swim away after crossing the barrier, all in a matter of seconds,” said Bryan.

Bryan says that, despite their best efforts, natural fish populations continue to decrease in most places around the world.

“However, this scarcity makes those adult fish that survive and return to spawn extremely valuable in recovery efforts,” explained Bryan. “For example, a single salmon may have 2,000 – 16,000 eggs depending on size and species, and a shad may have more than 500,000 eggs! Therefore every adult pair that successfully spawns has the potential to more than replace itself.”

Bryan added that he hopes that the Whooshh Passage Portal™ will reduce the mortality rate of fish around the world because they are so very important to our ecosystems.

“Fish provide critical nutrients for animals such as birds, wildlife, and other juvenile fish species. They are also important natural nutrients and fertilizers in the river and the adjacent lands. Fish are the grain of the sea, and a key to the circle of life for many species,” concluded Bryan.