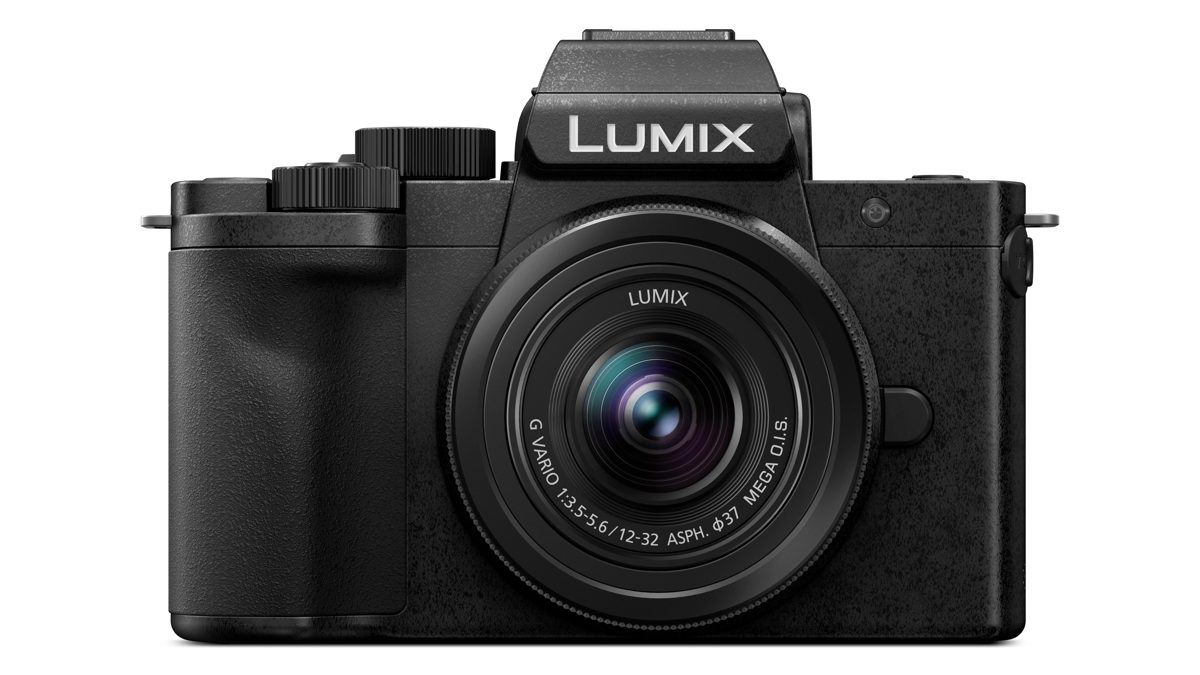 More and more of young folks are adding “vlogger” and “influencer” to the list of things they want to be when they grow up, so it’s no surprise to see camera makers delivering models targeted squarely at creators making videos for YouTube, Instagram, TikTok, and other video-centric social platforms.

Panasonic’s latest camera, the Lumix G100, targets vloggers who want better video and audio quality than you can muster from a smartphone. It uses a Micro Four Thirds image sensor and digital image stabilization to keep the size and weight down.

Video quality isn’t sacrificed, you still get 4K at up to 30fps, and up to 120fps at 1080p, good enough for quarter-speed slow-motion playback. Its selfie video mode turns on automatically when the LCD is swung to face forward, stopping down the aperture to get more of your shot in focus and activating face detection autofocus.

There are some additional features that advanced videographers will appreciate. Panasonic includes its flat V-Log profile, for one, and you don’t have to pay extra for it as you do with some of its upper tier video cameras.

You can record footage in either landscape (16:9) or portrait (9:16) ratios, an internal gyroscope detects the G100’s orientation automatically. If you’re recording for multiple platforms you can add virtual frame lines to show different aspect ratios—the idea being that you record 16:9 video for traditional delivery and get a preview of what a cropped portrait video will look like, so you can frame your shot in a way that will look good when edited for a service that uses vertical video.

Panasonic is also touting the G100’s internal microphone, the first in-camera mic to support Nokia’s Ozo Audio platform. It leverages face detection to focus the microphone’s pickup pattern, cutting down on the background noise you often get with in-camera microphones.

The mic can be set to adjust its pattern automatically, or you can pick a pattern. You can switch between omnidirectional, a front-facing shotgun pattern, or pickup from behind the camera, useful if you’re narrating as you record.

We’ve not had a chance to test the system ourselves, but Panasonic tells us to expect performance on par with external video microphones in the $300 range—it’s not something you’ll use for recording audio for an indie film, but it can eliminate the need for an add-on mic for many vloggers. If you prefer to use an external one—lav mics will still rule the day for recording your voice—there’s a standard 3.5mm input on the camera.

I’ve not yet held the G100, but in pictures it looks quite small. At 4.6 by 3.3 by 2.1 inches, Panasonic compares it to the slightly wider, but much slimmer, iPhone 11 Pro Max, a phone that’s in many vlogger’s pockets already. It’s a bit heavier than a phone, though, the body is 12.2 ounces on its own, and about 14.5 ounces with the bundled zoom lens attached.

There are some compromises made to get there, notably the omission of an in-body stabilization (IBIS) system, and this isn’t a model you’re going to pair with a big, telephoto lens. But it has a large (0.73x) viewfinder, and a 3-inch touch LCD with a swing-out design.

The display promises to be extra bright, a plus for recording video outdoors, and sports a crisp 1.84 million dot design. The EVF is also an LCD, not an OLED, but has a faster readout than others, something that Panasonic promises will reduce the rainbow tearing effect that can drive videographers bonkers.

The bundled 12-32mm lens does have stabilization, but without IBIS, there’s still some concern for vloggers who record handheld footage. Panasonic is touting the camera’s gyroscopes and its electronic stabilization algorithms, based on those developed for its IBIS system. Electronic stabilization comes at a price—a narrower angle of view than you get with it turned off.

Panasonic showed a side-by-side comparison with another camera that leverages lens-based and electronic stabilization, the Canon EOS M50. While it’s not an independent test, the differences were more subtly in favor of the G100, not night and day. The G100 showed a little bit less jitter, but neither delivered gimbal-like results We’ll perform our own independent testing when the camera comes in for review.

Of course, the G100 shoots stills too. Its 20.3MP Micro Four Thirds sensor snaps shots in JPG or Raw format. It supports 10fps capture with the electronic shutter and 6fps with the mechanical.

Lens options are vast, too. The Micro Four Thirds system has been around for more than a decade, and the G100 works with lenses from Panasonic, as well as Olympus, Sigma, and a number of other third-parties. The grip includes camera controls and doubles as a tabletop tripod; on its own, it’s priced at $99.99.

Panasonic is selling both kits at a $50 discount through July 31st, adding some incentive to pre-order. You’ll also get an extra battery and an external charger if you buy before August.