Over a Third of Gamers Say They Play More in Quarantine 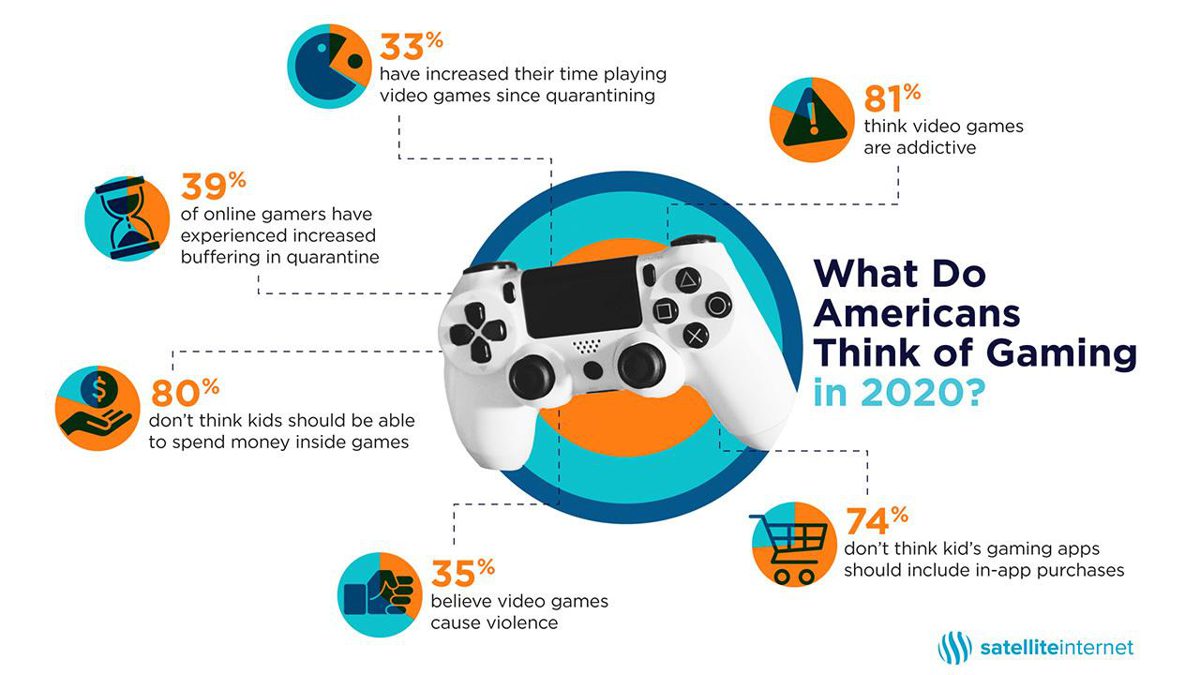 Most Americans have been stuck inside their homes since March because of the COVID-19 pandemic. To pass some of their extra free time, people are turning to gaming for entertainment. A survey conducted by Satellite Internet asked people about their gaming habits while in quarantine. The results show that 33 percent of us have been playing more often since the start of the outbreak.

Just how long are people playing these days? According to the survey’s results, 30 percent play two to three hours a day. Another 23 percent say they’re playing four hours or more. A majority of respondents—81 percent—believe that video games are addictive, which has led to some questionable behavior, including 18 percent of respondents sleeping less and 14 percent skipping meals or work just to play.

In the debate over console versus mobile gaming, it looks like both sides are about even. Those who use a dedicated home console make up 34 percent of the gaming population. In order of the most popular consoles, gamers prefer the PlayStation 4 (21 percent), followed by Xbox One (21 percent) and Nintendo Switch (12 percent). And 35 percent of respondents say they’re gaming on a phone or tablet.

All this online activity has had an effect on game performance. With more people at home, resources that we typically take for granted have suffered: Home internet usage has increased dramatically, leading to slower connections, with 39 percent of online gamers reporting increased buffering. In addition to in-game performance, players have also reported slower download speeds caused by deliberate throttling of content delivery.

Another issue is now that kids are home from school, the increased time they’re spending in front of screens has parents worried. One danger is microtransactions—paying real money to acquire in-game items and bonuses. It’s long been a controversial topic in gaming communities, but it becomes a legal issue when minors are involved. A US Senator wants to eliminate Loot Boxes from games because he believes developers are monetizing addiction in children.

An overwhelming 74 percent of respondents to the Satellite Internet survey believe that gaming apps marketed to kids should not have in-app purchases. Another 80 percent think children should not be able to spend money inside their games at all.