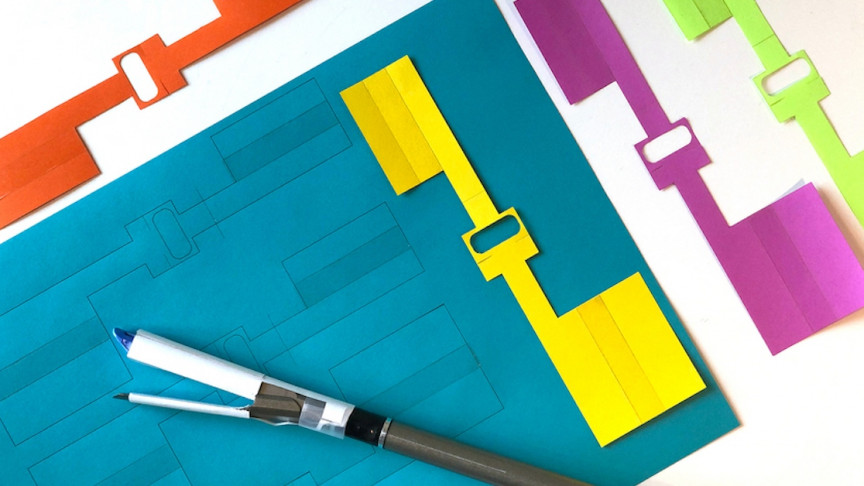 Engineers at MIT have designed an origami-inspired medical patch that can fold around surgical tools during minimally invasive surgeries, and be released onto internal wounds.

The patch aims to seal internal wounds and tears more cleanly and efficiently than current options. The new multifunctional patch can be folded around the surgical tools used for these procedures, delivered through small internal spaces, and stick to the correct spot inside the body.

The team’s findings were published in the journal Advanced Materials.

Why the patch was engineered, and how it works

When dry, the patch looks like a regular piece of paper that has a film-like consistency and is foldable. As soon as it gets in contact with wet tissues or organs, the paper turns into a stretchable gel and sticks to the injured area. With time, the patch safely biodegrades.

The patch was created to improve on current adhesives used on internal injuries, which can sometimes cause inflammation, scar tissue formation, or simply don’t last long enough for the wound to fully heal.

The team aimed to address three main requirements with its new patch, all of which it met: it should stick to the wet site, avoid getting stuck on anything on the way to the injured site, and once stuck on the right spot resist bacterial contamination and inflammation.

The patch manages to meet these requirements as it’s formed in a three-layered manner. The middle layer is the main bioadhesive that turns the patch into a pliable and stretchable surface once in contact with a wet surface. This layer is sandwiched between two other ones, one is coated in silicone oil to prevent the patch from sticking to anything on its way to the site, and the other is a film that works against bacteria and other contaminants.

The team tested its patch on animal tissue samples after submerging it in fluid for long periods of time – and it worked as planned. The researchers also stuck the folded patch onto surgical tools typically used in minimally invasive procedures, threading them through animal models of airways and other narrow passageways, and were able to stick the patch onto torn tissues without any issues.

The team plans on integrating its patch into robotic surgeries as well.

“We believe that the conceptual novelty in the form and function of this patch represents an exciting step toward overcoming translational barriers in robotic surgery and facilitating the wider clinical adoption of bioadhesive materials,” said Sarah Wu, co-author of the study.