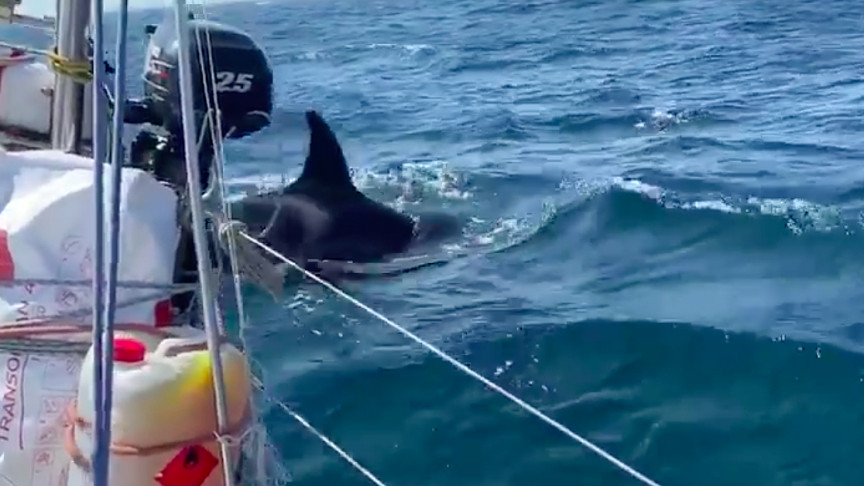 Orcas usually do not meddle with human affairs. They simply leave us alone, with the occasional gamification of certain aspects of our technology such as biting on ships rudders to drag along with them for a quick laugh.

A few orcas in northern Spain, however, have decided on ramming and rocking unlucky ships and boats.

SEE ALSO: THE REASONS WHY KILLER WHALES MIGRATE WILL SURPRISE YOU

The boat took at least 15 blows

Last Friday, Halcyon Yachts’ Beautiful Dreamer took some beating to its stern in the middle of its mission taking a 36-feet (11 meters) boat to the U.K., reports the Guardian. As a result of the at least 15 blows, the ship’s rudder broke and it lost control of its steering and subsequently towed to the city of A Coruña in Spain.

Justin Crowther, the captain of the Beautiful Dreamer told La Voz de Galicia, “It was repeatedly smashing the rudder, 15 times I’m guessing. It ripped it out of our hands.”

He continued, “We switched everything off, we turned the engine off, we turned all the electronics off, and it disappeared. Until we took the salvage.”

Spanish government body Maritime Rescue publicized the incident on Twitter and posted a video to forewarn other seafarers to stay away from orcas.

The tweet reads: “There is a radio advisory in force. In case you see [these orcas], do not get close and maintain a wide distance.”

There’ve been other cases

This is not the only recent case of such an encounter. Two boats also had unfortunate encounters this last month. In one of the cases, Faro de Vigo reports that one boat tried steering away and avoiding the pod of orcas, but the rudder got some beating nonetheless.

Alfredo López, a long time researcher of the area and a biologist from the nonprofit organization, the Marine Biological Association, notes that while strange, this behavior should not be alarming, in an interview with the Faro de Vigo.

Lopez states these encounters could be two singular orcas going through a learning and experimentation phase or it could be that fishnets might have taken the life of an orca calf. There is not enough evidence to confirm either of these possibilities yet.

At any rate, experts exclaim that people need not be afraid as orcas do not just “jump on the deck to attack people” out of the blue.

Alfredo closed with the remarks suggesting people to go about their lives as per usual since “there is no evidence in the entire world of a premeditated attack on a person or injuries or anything like that.”