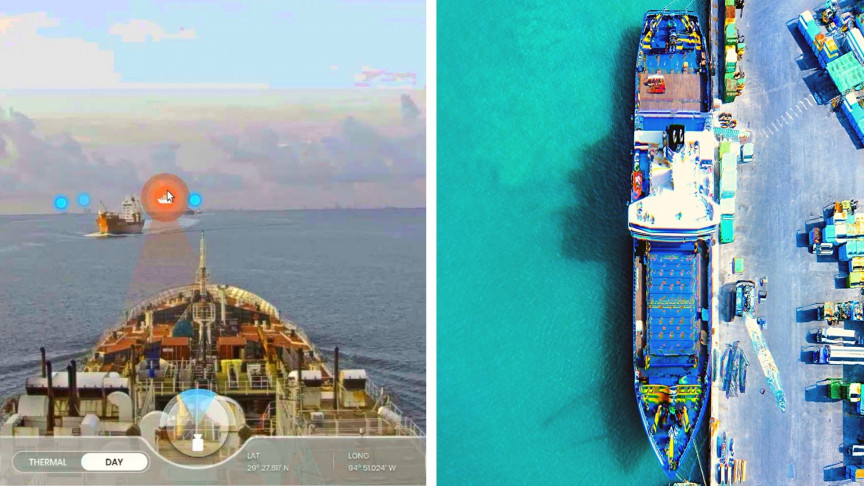 Artificial intelligence could one day organize the world.

As if in anticipation of this, a maritime platform developer called Orca AI has just begun a research trial of new safety systems for autonomous ships, equipping a vessel with artificial intelligence that recognizes other ships to safely guide it through busy sea traffic, according to a recent press release from the company.

And Orca AI’s recent partnership with the shipping company Nippon Yusen Kabushiki Kaisha (NYK Line) marks one of the most on-the-edge tests of AI guidance in global shipping yet.

Orca AI was founded in 2018 by a pair of naval tech experts, and designs software platforms with extreme specificity for maritime vessels. The firm blends existing safety systems with sensors to enhance the navigation and safety of vessels making their way through crowded (and sometimes dangerous) waterways. Orca AI is headquartered in Israel, and aims to link sea-bound vessels with 24/7 land-based AI insights. This is especially punctual considering the déjà vu felt globally in the wake of yet another ship running aground in the Suez Canal, blocking one of the busiest ports in the world (luckily, this time it was only for a short time, instead of a week like last time).

The Israel-based company’s aim is to enable autonomous cargo ships to navigate the abundant waters of the planet without sacrificing safety. The shipping company NYK Line was founded in 1885, and boasts a fleet of roughly 800 vessels, including tankers, cruise ships, and conventional container ships. Now that the two companies are working together, we’re one step closer to a global shipping network guided, organized, and monitored by artificial intelligence. The recent press release from Orca AI details how the test will move forward. The company’s AI-based recognition system is installed on one of NYK’s boats, and has been collecting data since August 30. One major navigational bonus is the enhancement of collision avoidance capabilities, operating as an extra set of “eyes” on lookout for ships.

Orca AI’s recognition system also offers improved visibility at sea during inclement or foggy weather, which can compensate for the frailty and limits of human eyes. This, in turn, enables the captain of a ship to make more informed decisions while navigating their payload across the vast oceans. Typically, human navigators use ordinary binoculars to visually acquire potentially dangerous objects while at sea. “Nearly 4,000 maritime accidents occur annually and are caused by low situational awareness in congested areas, lack of office visibility regarding misses and risk patterns and insufficient data available for handling potential incidents,” according to Orca AI’s press release. And this trial will examine the Orca system’s prowess in automatically identifying hazardous targets and other vessels that the human eye might pass over, without noticing.

This is especially common at night, when human eyes are exceptionally useless at sea. Orca AI’s system employs vision sensors paired with thermal cameras, both of which are supported via AI-powered algorithms that work without exhaustion to continually maintain situational awareness, and alert the crew if danger is afoot. “The challenges faced by the maritime industry are numerous and there is a continual need to make shipping safer, to sustain trade and protect the maritime environment,” said CEO and Co-Founder of Orca AI Yarden Gross, in the press release. “By adopting an Automatic Ship Target Recognition System and embracing technology, we can create a connected maritime industry that is able to protect crew and cargo by identifying risks straight away.” We may be several years from scaling AI navigation to entire fleets of cargo containers, let alone cruise ship fleets. But it won’t be long before a significant fraction of cargo ships seen from urban shores in Tokyo, New York, and elsewhere are filled with automated vessels implementing AI recognition software, toward a new standard of calculated order.