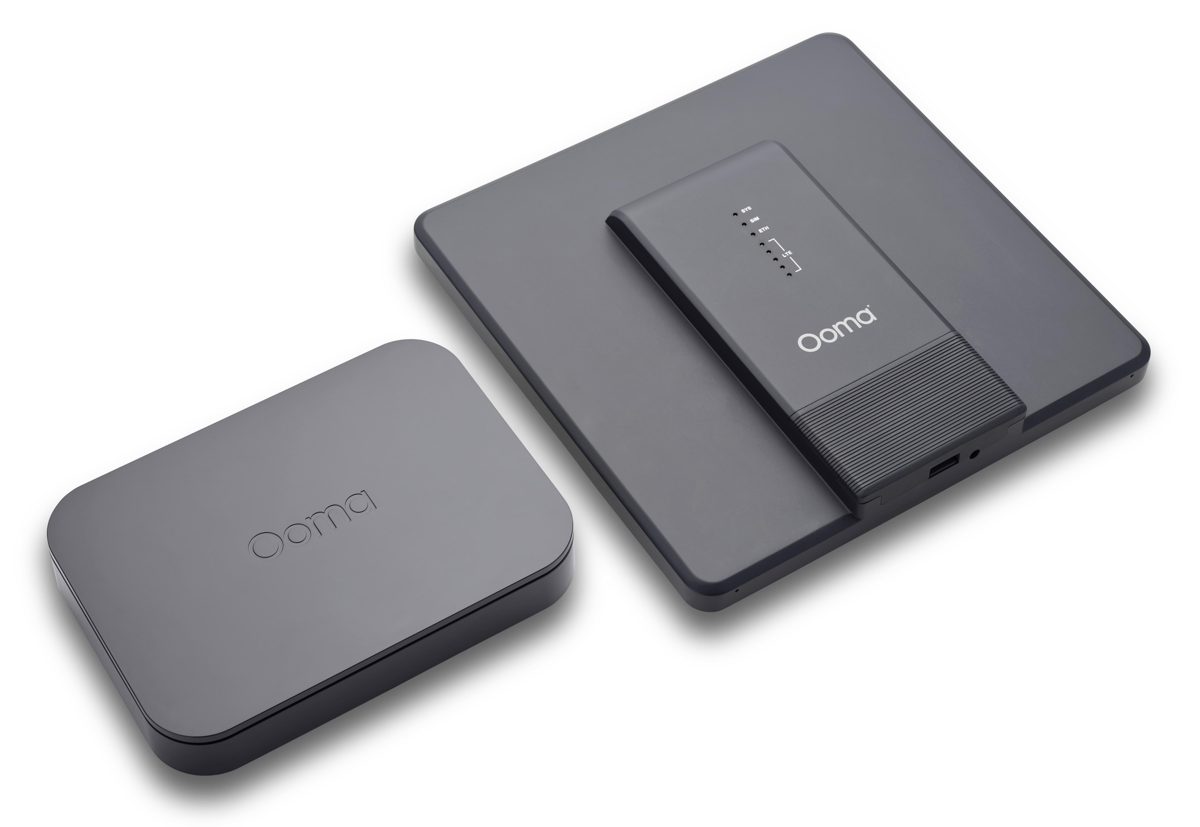 Ooma Inc. is best known for its Ooma Office solution, a voice over IP (VoIP) communications and collaboration platform aimed mainly at small to midsized businesses (SMBs). Ooma has been very successful selling into this sector, which— according to Ooma—has given it some insight into the connectivity needs of SMBs. Ooma is looking to address several of these with its newly released Ooma Connect solution.

Ooma describes Connect as providing “a fixed wireless internet and phone solution” that customers can use in two ways. First, it can be used to replace older, slower, and increasingly unreliable DSL and satellite connections that are still fairly popular in remote and rural areas.

“Our research shows that 22 percent of our small business
customers are still on older DSL service,” says Chris Burgy, Vice President of
Corporate Development at Ooma. That means with Ooma Connect, customers who have
previously had limited options when it comes to business internet connectivity,
can replace these older connections with 4G LTE. “And they can do it
themselves,” says Burgy, “because Connect, like the rest of Ooma’s products,
are designed to be easy to use and plug and play.”

If you’re thinking that a mobile wireless hotspot, like the Verizon Jetpack MiFi 8800L, can do the same thing, you’d only be partially right. “They’re certainly similar,” comments Burgy, “but wireless hotspots are consumer solutions. That means they’re basically little cell phones, which means the further you’re away from a cell tower the more you have coverage issues.” Those coverage issues are exactly the reason so many of Ooma’s SMB customers are still using older DSL and satellite connectivity solutions. Connect was designed to solve those issues, with Ooma building in a 2×8 MIMO antenna into its LTE 460 Adapter so customers not only get the best possible throughput, but better reliability, too, even in remote areas.

“Another problem with using hotspots for business purposes,” Burgy says, “is that those devices weren’t meant to be on for long periods. If you leave a mobile hotspot plugged in for too long, they have overheating problems, which can mean connection issues.” Again, Ooma addressed those problems with Connect, designing it as business infrastructure, which according to Ooma, means it’s simple to set up and for the most part operates on a plug-and-forget model.

Improving Call Quality Along With Backup

The second way Ooma sees SMB customers using Connect is as a low-cost connectivity disaster recovery solution. There are many ways to lose your primary internet connection, especially if it’s wired and aging. With Connect, Ooma wants to provide a reliable internet gateway that’s always ready to fill a sudden connectivity void.

“So it’s a cheaper and faster solution than old connectivity technologies,” says Burgy, “and we’re combining that with a backup solution. Something businesses can have in place for an affordable cost that can act as an insurance policy.” However, the company has taken this concept one step further.

“Think of it as SD-WAN light,” says Burgy. “A fast switchover between two internet connectivity solutions.” To make that work, Ooma Connect has to constantly monitor both connections. With that in place anyway, it was a short hop to the concept of not only leaving both internet ways open, but running traffic over both of them as well. That’s what the Continuous Voice feature is all about.

With Continuous Voice, customers will be using both connections at the same time, essentially mirroring traffic. “That basically lets us pick the best packet that arrives at the destination,” explains Burgy, which means the best possible call quality at all times. A fixed calling price keeps the cost of this option reasonable, which is why it doesn’t apply to other applications, such as video conferencing for example, as those packets would count against the 4G LTE data plan.

That plan is provided though Ooma’s 4G network partner, the newly combined Sprint and T-Mobile networks. Available now, the cost of the Ooma Connect device is $599.99, or as a rental at $30 a month. The Ooma LTE for Voice plan, offering unlimited voice calling, is $29.99 per month. Ooma Internet data plans start at $29.99 per month for 10 gigabytes (GB), though that one is intended mainly as a backup data-only solution. For backup with Continuous Voice enabled, you’ll be paying $59.98 per month. Those using Ooma Connect as their primary internet gateway can opt for either a 50GB-per-month data cap at $99.99/month or a 125GB-per-month cap for $199.99/month.

No other data options are available at this time. Still, this pricing is competitive when compared against other rural internet solutions, which can run around $150 per month with 50GB data caps.

You can, however, expect changes to this pricing structure once 5G becomes more broadly deployed. According to Burgy, the Ooma Connect Base Station hardware was built to be able to accept future 5G wireless adapters, which means customers will be easily able to upgrade their existing Ooma hardware and sign up for whatever plan pricing the move to 5G will bring.

An important note, however, is that while Connect has a voice pricing tier, opting to add all the features of Ooma’s Office VoIP service along with Connect will mean purchasing Office separately. Currently the two can be purchased together, but there’s no price advantage for buying as a bundle.

Have any questions you need answered about small to midsize businesses (SMB) Internet connectivity? Subscribe to PCMag’s Small Business Newsletter and join the [email protected] business community on LinkedIn, and you can ask vendors, other professionals like yourself, and PCMag’s editors.