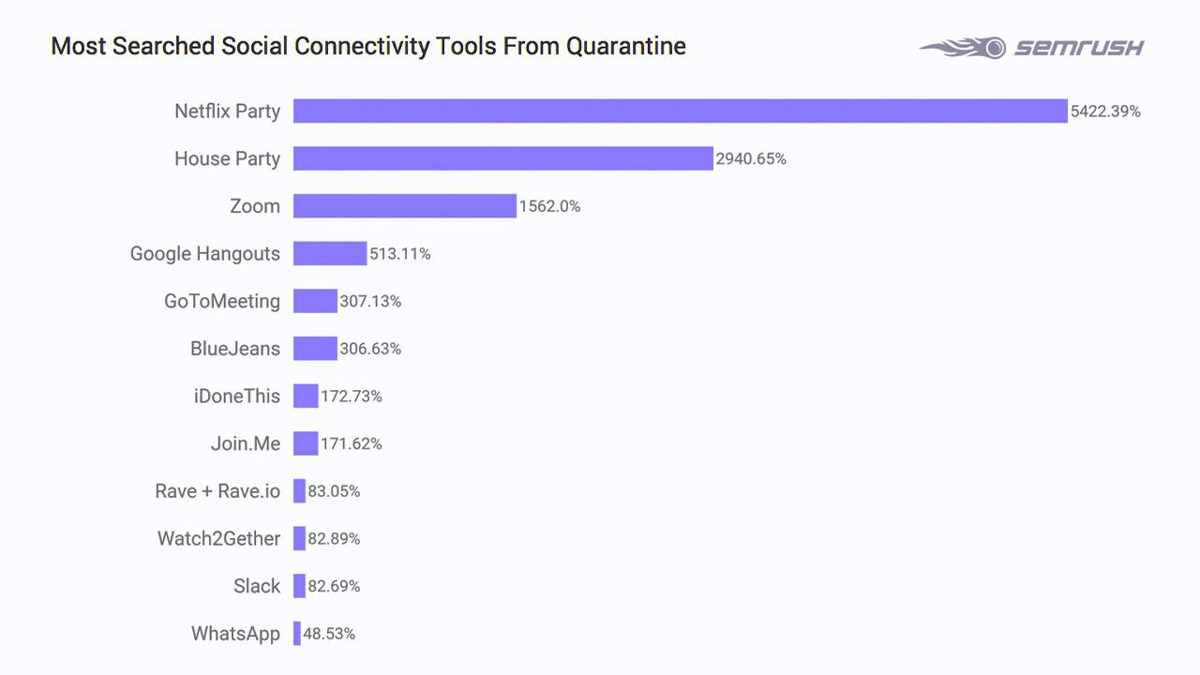 Since the world went into quarantine, many people are now relying on online communication tools to stay connected with friends, family, and coworkers. Many apps out there are being used to socialize and even to date, but have you wondered which platforms have become the most popular?

Data trends provider SEMrush tracked Google search volume over the months of February and March to see exactly which services people look up the most. They found that tools used for messaging, video calling, and collaboration gained the most interest as people use them to socialize and do business.

Among the top in search growth is Netflix Party, with a 5,422.39 percent growth in search volume. The Chrome extension adds a chat feature to Netflix and synchronizes video for socializing; it now has over 8 million downloads from the Chrome Web Store. The social-media and video-chat hybrid app Houseparty saw a 2,940.65 percent growth and received two million downloads in the span of a week.

After these social-focused services, SEMrush’s list of most popular apps is dominated by video calling. Zoom has seen 1,562 percent growth, despite Zoom-bombing security issues that resulted in NYC schools and the US government banning its use.

Messaging apps including Slack and WhatsApp have also seen a rise in search volume, at 82.69 percent and 48.53 percent, respectively. As a result, Slack reported the addition of 9,000 users in the first quarter of 2020, and WhatsApp has seen a 40 percent increase in app usage.